An ancient underwater volcano responsible for one of the largest known super-eruptions in history looks to be busy making silent, fiery preparations for its inevitable return.

The Kikai Caldera, located to the south of Japan's main islands, devastated a large swathe of the Japanese archipelago when it spewed upwards of 500 cubic kilometres (120 cubic miles) of magma during the Akahoya eruption some 7,000 years ago – and scientists have just confirmed evidence of new volcanic activity under the crater.

Researchers at Kobe University have detected a giant lava dome that exists below the Kikai Caldera, holding a volume of more than 32 cubic kilometres (almost 8 cubic miles) of trapped magma – a buildup that could reveal clues as to when Kikai's next super-eruption may be unleashed.

"The most serious problem that we are worrying about is not an eruption of this lava dome, but the occurrence of the next super-eruption," volcanologist Yoshiyuki Tatsumi told The New York Times. 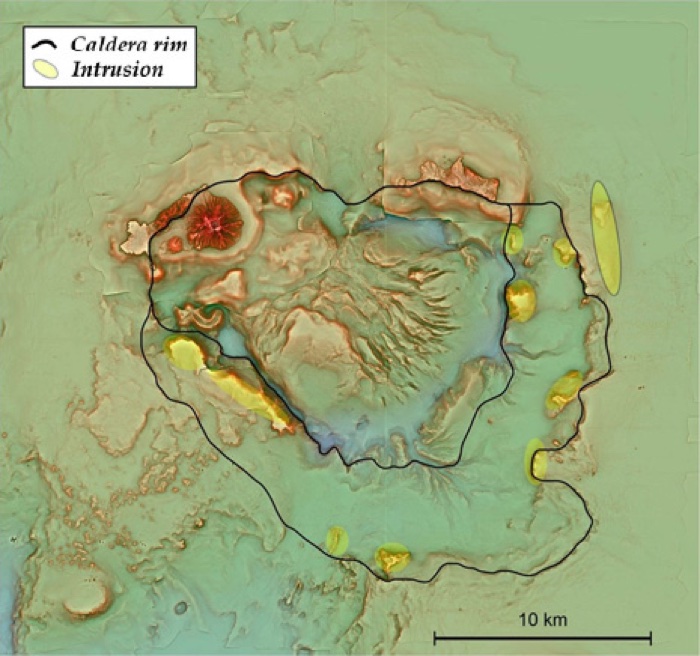 According to Tatsumi's previous research, given Japan's level of active volcanism, there is about a 1 percent chance of a "catastrophic" caldera eruption occurring within the Japanese archipelago sometime during the next 100 years – an event that could endanger or disrupt as many as 110 million people.

Such eruptions don't come along very often, but they do happen, with the the Kikai Caldera having undergone two massive such incidents prior to the Akahoya eruption – one about 95,000 years ago, following another super-eruption some 140,000 years back.

The confirmation of this lava dome – detected across three separate survey voyages by sonar, underwater robot observations, and seismic reflection analyses – doesn't mean any kind of super-eruption is necessarily imminent, but the researchers suspect it is evidence of a new magma buildup.

"The lava dome is chemically different from the super-eruption, suggesting that a new magma supply system had been developed after 7,300 years ago," Tatsumi told The New York Times.

In other words, whatever the significance of the lava dome is, this volume of hot, viscous rock – standing some 600 metres (1,968 feet) tall and spanning a width of 10 kilometres (6.2 miles) – isn't an echo of Akahoya, but something new taking shape under the East China Sea.

"The post-caldera activity, at least [at] this caldera, is regarded as the preparation stage to the next super-eruption," Tatsumi explained to Live Science, "not as the calming-down stage from the previous super-eruption."

Just what this activity portends is unclear for now, and at least one researcher has pointed out that we could be looking at a congregation of smaller lava domes, as opposed to one giant combined mass.

To investigate further, Tatsumi and fellow researchers will embark on another expedition to the Kikai site next month, to see what further analysis reveals – and hopefully then we'll get a clearer picture on how this magma activity feeds into the caldera's evolution as a whole.