Archaeologists in Mexico have unearthed a rare treasure. A life-sized stucco mask recovered from the Palenque Palace is thought to represent one of Mesoamerica's most important and beloved kings, K'inich Janaab' Pakal.

Also known as Pakal the Great, his reign is the longest in the history of the Americas. He ascended the throne at age 12 in 615CE, and ruled until his death 68 years later, at the age of 80.

It is thought that he was the driving force behind the breathtaking architecture that endures to this day, including the palace at the city state of Palenque, located in what is now the southern Mexico state of Chiapas.

The mask was discovered in a building called House E, where Pakal was thought to have been enthroned, the Mexican Instituto Nacional de Antropología e Historia (INAH) announced earlier this month. 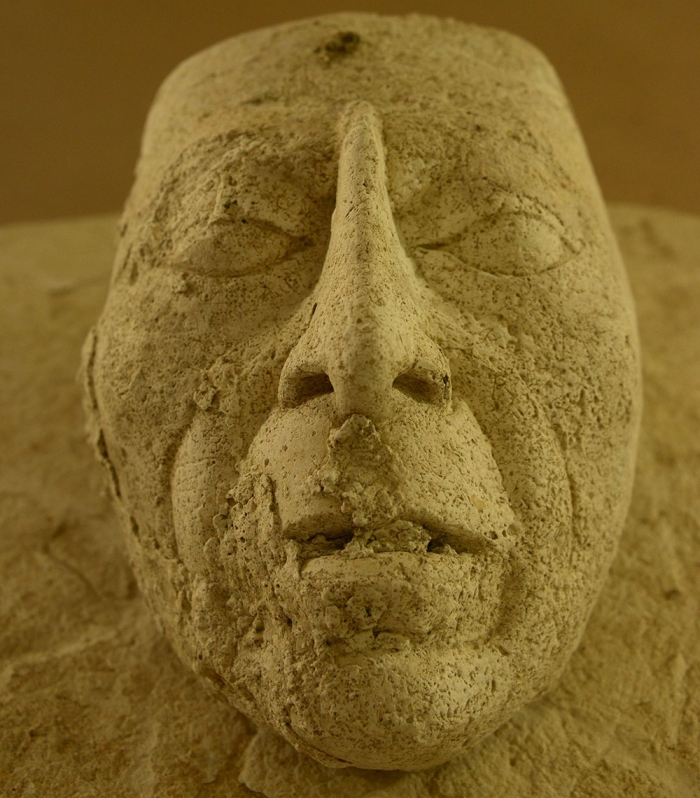 "It is not a representation of a god. After looking at some images, it's possible that it is Pakal the Great. We are quite sure of this at this time," archaeologist Arnoldo González said.

The offering, associated with the end of construction of a building or section of building, would have been of high value - the elements consisting of materials that were foreign to Palenque.

Ceramic vessels found in the pile dated the offering to the Murciélagos ceramic phase, from around 700CE, dating the find towards the end of Pakal's reign.

The mask itself is thought to have been part of some architectural decoration, although where and how is not known.

Interestingly, it depicts a heavily lined face. Knowing that Pakal reigned his entire life, and given that it dates from around that time, archaeologists believe that it's the first ever found that shows the king in his old age. 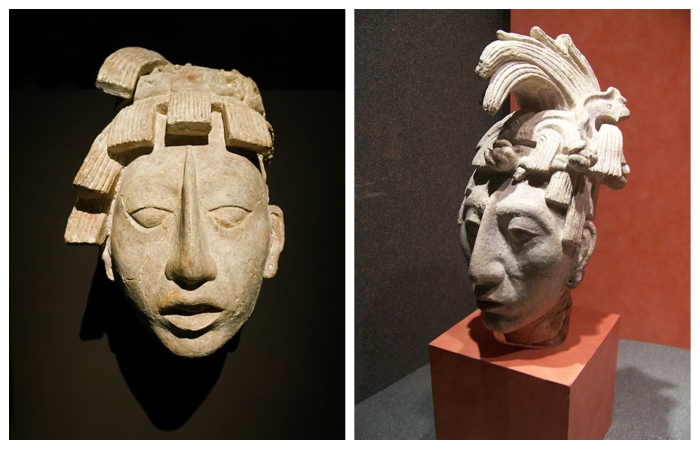 "It is noteworthy, unlike other Mayan sites where representations are generic, in Palenque many of the features we see in mural painting or stone carvings are faithful reflections of specific characters," explained archaeologist Benito Venegas Durán.

The elements represented in the offering, the researchers said, indicate an aquatic or fertility context. The bones included those of turtles and fish. One of the figurines found resembles a shrimp, while an esgrafiado vessel was decorated with lilies and fish.

The discovery was made when the archaeologists traced water channels, thinking to find out how the Maya drained water from the building.

Instead, they channeled the water into House E, where the archaeologists also found the remains of a pond, with benches next to it. When combined with the themes of the offering, this, González noted, "gives insight of a possible relationship with aquatics."

Excavations, conservation and study on the palace are ongoing. In 2019 and 2020, conservation will begin on houses B, D and C, while other archaeologists conduct investigations on the Temple of the Inscriptions - Pakal's incredible funerary monument.

And, of course, a deeper analysis of the mask is hopefully forthcoming.

As INAH director general Diego Prieto Hernández said: "Palenque continues to astonish us with everything it has to offer archaeological, anthropological and historical research."