Learning no lessons from horror films of yore, Britain has plans for a high-speed rail project that will lay tracks over the ruins of a medieval church. And, apparently, the project has run into some trouble with witches and dark spirits.

According to archaeologists working at Stoke Mandeville, a village that lies in the path of the proposed railway, an early excavation of the site's 700-year-old church revealed stone beams etched with strange circular patterns known as "witch marks."

These markings, which look like the spokes of a wheel with a hole drilled into the center, were created to "ward off evil spirits by entrapping them in an endless line or maze," project officials wrote in a statement.

Michael Court, lead archaeologist at HS2 Ltd (the company behind the rail project), said the unusual markings offer a "fascinating insight into the past" at a site that has long been lost to history. 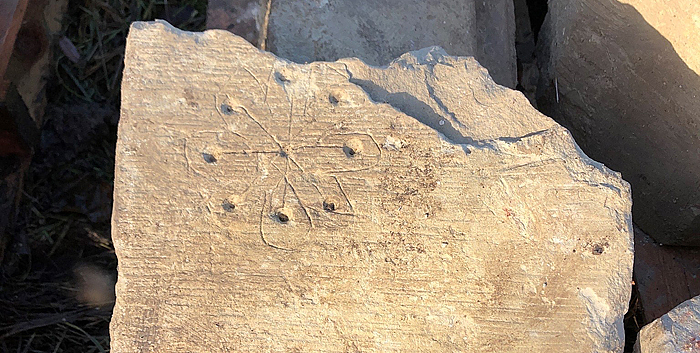 Other 'witch mark' found among the ruins of St Mary. (HS2 Ltd)

The church in question, named St. Mary's, was erected around 1070 as a private chapel for the lord of Stoke Mandeville in what is now Buckinghamshire, England, according to the statement. The church building was expanded in the 1340s to accommodate local villagers, then ultimately demolished in the 1860s when a new church popped up closer to town.

Yet during the first excavation of the site, the HS2 team found many sections of the medieval building to be in surprisingly good condition, with walls surviving to a height of almost 5 feet (1.5 meters) and floors intact.

The witch marks were carved into two different stones, one sitting at ground level and the other higher up. Given the location of the ground-level stone, the radial pattern wasn't likely used as a sundial, something that is typically found near the southern doors of medieval churches, the archaeologists said.

Similar witch markings have turned up at medieval sites across the U.K., including a set discovered last year at Creswell Crags, a limestone gorge and cave complex that has been inhabited on and off since the last ice age. 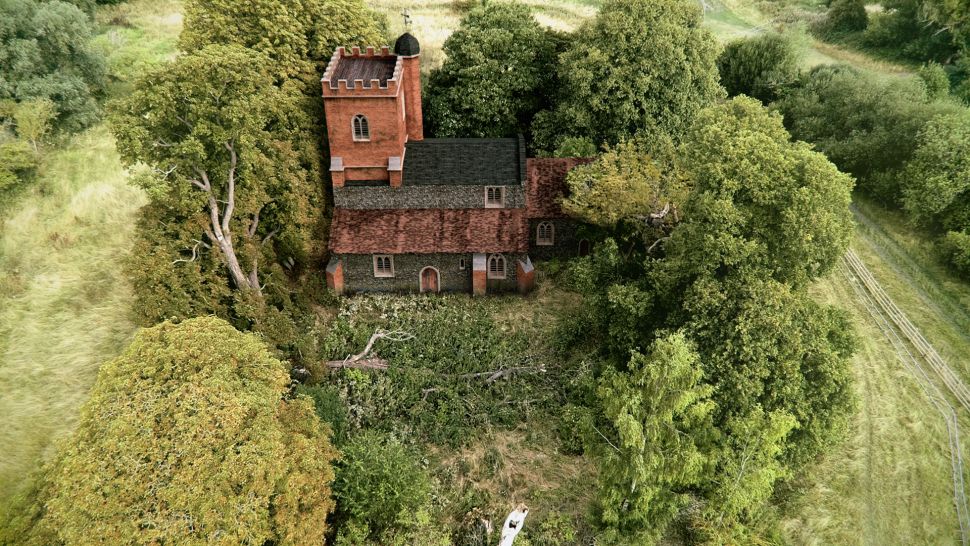 CG rendering of what St Mary's looked like 700 years ago. (HS2 Ltd)

The markings are typically etched into stones near doorways, windows, and fireplaces to keep spirits away.

The markings did not save St. Mary's from its ultimate destruction. But with the scrawled stones still intact, modern witches keen on trying the new high-speed train may need to reroute their travels away from Stoke Mandeville.