Life can often seem rare and fragile, but we living things have well and truly infiltrated Earth. Microorganisms just keep cropping up in unexpected times and extreme places, the latest of those being deep below the seafloor, in Earth's lower crust.

"The lower ocean crust is one of the last frontiers of the exploration for life on Earth," microbiologist Virginia Edgcomb from Woods Hole Oceanographic Institution (WHOI) told Eos.

Here, rising magma along a faultline pushed up the layers of earth above it, exposing the lower crust to the ocean above, allowing scientists easier access to a geological layer usually locked beneath upper-crust basalts. 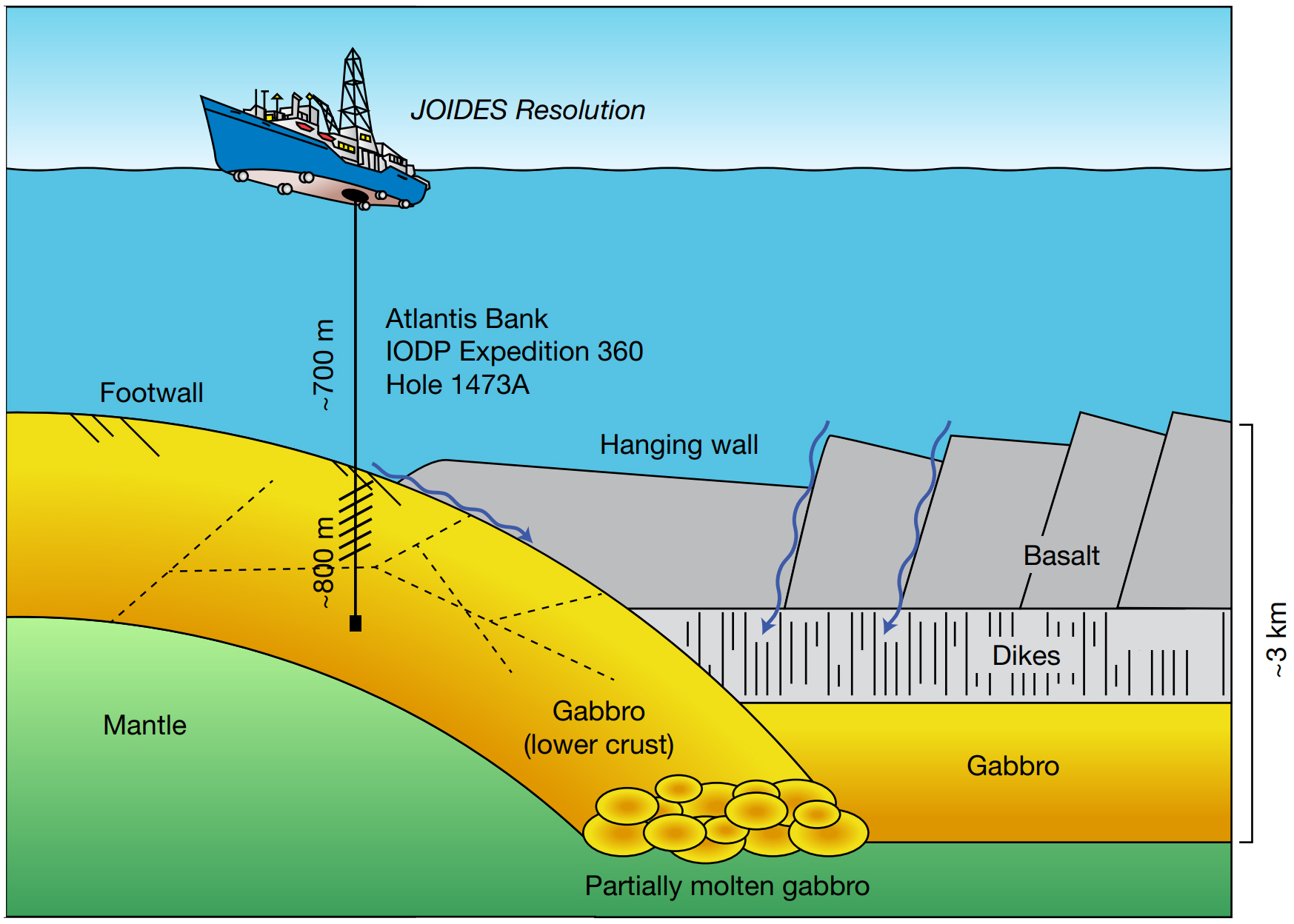 Nestled within the coarse, cooled magma called gabbro, 750 metres (2,400 feet) below the ocean floor, the researchers detected sparse but diverse microbes, somehow managing to cling on to existence in this harsh darkness.

These organisms include Chroococcidiopsis, species of cyanobacteria known for their ability to live in extreme conditions (extremophiles), and Pseudomonas bacteria, known for the many different ways they can metabolise energy.

"Organisms eking out an existence far beneath the seafloor live in a hostile environment," noted biochemist Paraskevi Mara from WHOI.

A number of extremophiles are autotrophs, organisms that produce their own food, like plants do by photosynthesising sunlight. These include microbes that metabolise methane found 80 centimetres (30 inches) below the harsh arid Atacama Desert in Chile, or cyanobacteria that use hydrogen deep below the terrestrial surface.

Unexpectedly though, the researchers found that at least some of these lower-crust microbes aren't so self-sufficient.

"We applied a completely new cocktail of methods to really try to explore these precious samples as intensively as we could," explained Edgecomb.

Analysing enzyme activities, lipid biomarkers and gene expressions allowed the researchers to determine that some of the microbes rely on breaking down organic matter for sustenance. They're likely feeding on scraps of organic molecules, such as fragments of amino acids and traces of fats, seeping in with water via cracks in the oceanic crust.

Some of the microbes also have the ability to store carbon in their cells, while others can extract it from tough molecules called polyaromatic hydrocarbons.

These "microorganisms efficiently recycle and store the available organic compounds," Li and colleagues wrote in their paper.

Whether similar life is present elsewhere in this geological layer remains to be seen, since other regions of Earth's lower crust would not have such access to the same water-carried nutrients. However, evidence of life this deep does enlarge the scope of Earth's carbon cycle.

"If you look at the volume of the deep biosphere, including the lower oceanic crust, even at a very slow metabolic rate, it could equate to significant amounts of carbon," said Edgecomb.