The inflatable electronic device is part of a spinal cord stimulator (SCS) setup, a type of well-established therapy that delivers mild electric currents to a person's spinal cord via implanted electrodes. That current is sent by a small, implanted pulse generator device, and the whole thing reduces pain because the electrical pulses help to mask pain signals traveling to the brain via the spinal cord.

If that all sounds rather invasive, that's because it is. But this new device, designed by a team led by scientists from the University of Cambridge in the UK, could help to change that - with less invasive surgery requirements.

"Spinal cord stimulation is a treatment of last resort, for those whose pain has become so severe that it prevents them from carrying out everyday activities," says University of Cambridge clinical neuroscientist Damiano Barone.

"An effective device that doesn't require invasive surgery could bring relief to so many people."

The trickiest aspect of currently available SCS devices is the part where you have to stick electrodes into a person's spinal column, laying them across the dura, the fibrous outer layer that wraps around the nerve cells within.

While these electrode implants are tiny - just a few millimeters across - getting to the spinal column through our bony, protective vertebra is no easy task. To implant the most effective devices currently available (shaped like tiny paddles), surgeons have to remove a small piece of a vertebra and thread it through. 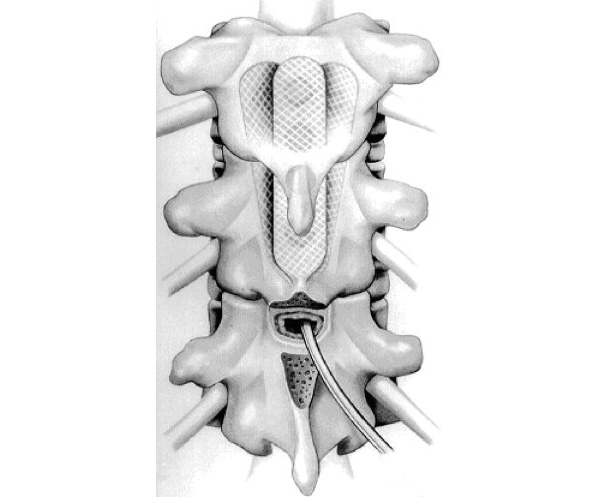 Alternatively, there are smaller devices available which can be inserted with a large needle, but these have proven to be less effective at actually managing pain, possibly because they tend to control fewer electrodes over a smaller area.

The new inflatable device combines the best of both worlds. Ingeniously, it can be rolled up to a diameter of just 2 millimeters, allowing it to fit inside a standard hollow needle only slightly thicker than the ones typically used for epidural anesthetic.

Once in place, the device is then rolled out into the more effective paddle shape like a teeny tiny air mattress up to 60 micrometers thick, with just a small squirt of air or liquid. 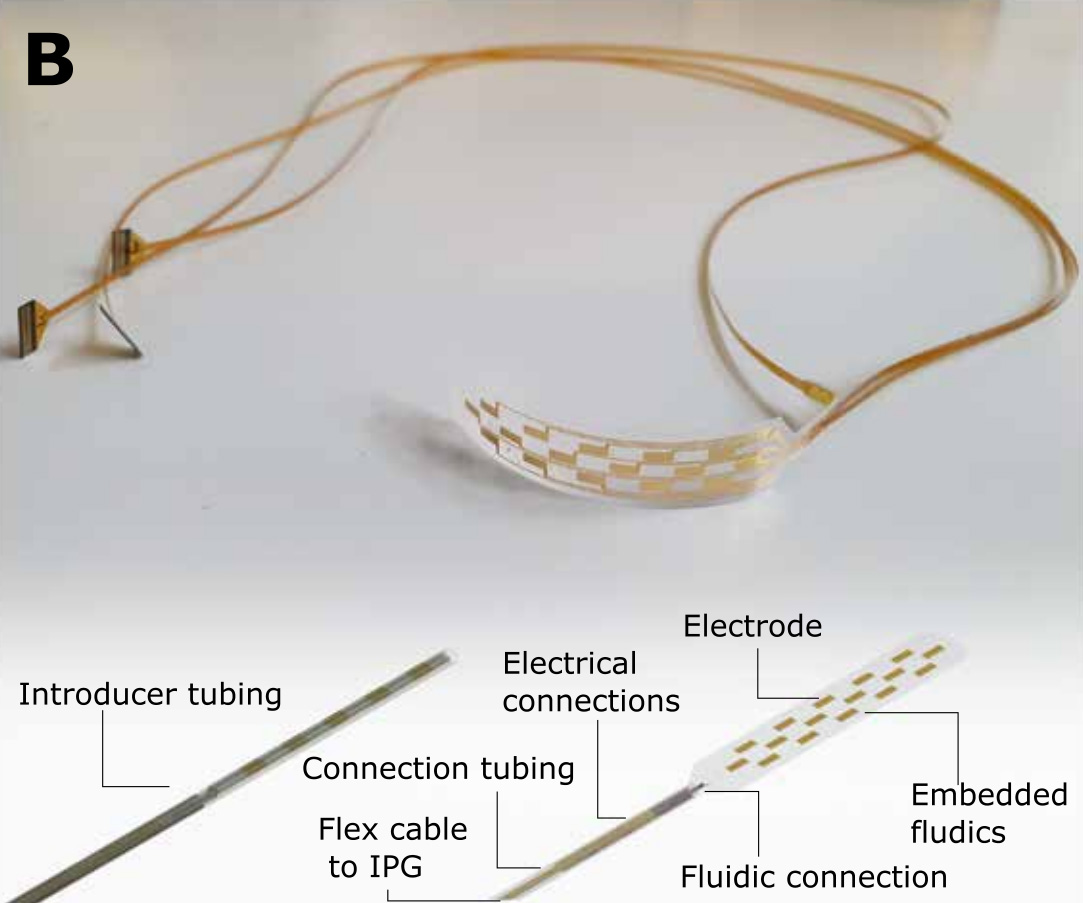 This clever application is possible because the research team combined two paradigms in their design - flexible electronics that allow for a device to change its shape after implantation, and the addition of microfluidic channels for inflating it.

"Thin-film electronics aren't new, but incorporating fluid chambers is what makes our device unique – this allows it to be inflated into a paddle-type shape once it is inside the patient," explained engineer Christopher Proctor, also from the University of Cambridge.

The team tested their device in vitro, using a model of a spinal column to see how the electrodes would perform after all that rolling and inflating, and achieved excellent results. They then proceeded to validate the design with implantation surgeries on human cadavers donated to science.

"The intention behind this was to validate the underlying mode of operation for the device and to test its mechanical capability," the team wrote in their study.

Overall, the researchers believe that their design - already patented by the commercialization arm of the University of Cambridge - could not only reduce the need for invasive surgery to deliver life-changing SCS therapy to people living with severe pain, but enhances the availability of such devices for future applications.

"We envisage a device that could cover a much larger area while retaining a small insertion footprint, offering a new paradigm for central nervous system interfaces," they wrote.

The study describing the new design was published in Science Advances.