Our traditional idea of a river, an endlessly flowing stream of water, needs a rethink, scientists argue in a new study.

Even when a river runs dry, they say, it's still a river. These winding watercourses shouldn't have to flow all year round to receive our attention and protection. In fact, most of them don't.

In new research, scientists found at least 51 percent of all rivers worldwide stop running for at least one day per year.

In colder climates, rivers may temporarily freeze up, and in warmer climates, water may evaporate to stall flow. In Australia, for instance, 70 percent of the rivers are thought to be non-perennial.

It's the first time researchers have attempted to map all the non-perennial waterways in the world, and as it turns out they're ubiquitous.

Almost every river network on our planet hosts a channel that periodically stops flowing, from "Himalayan snow-fed creeks to occasionally water-filled Saharan wadis". The nearest river or stream for more than half the world's population stops flowing at some point in the year. 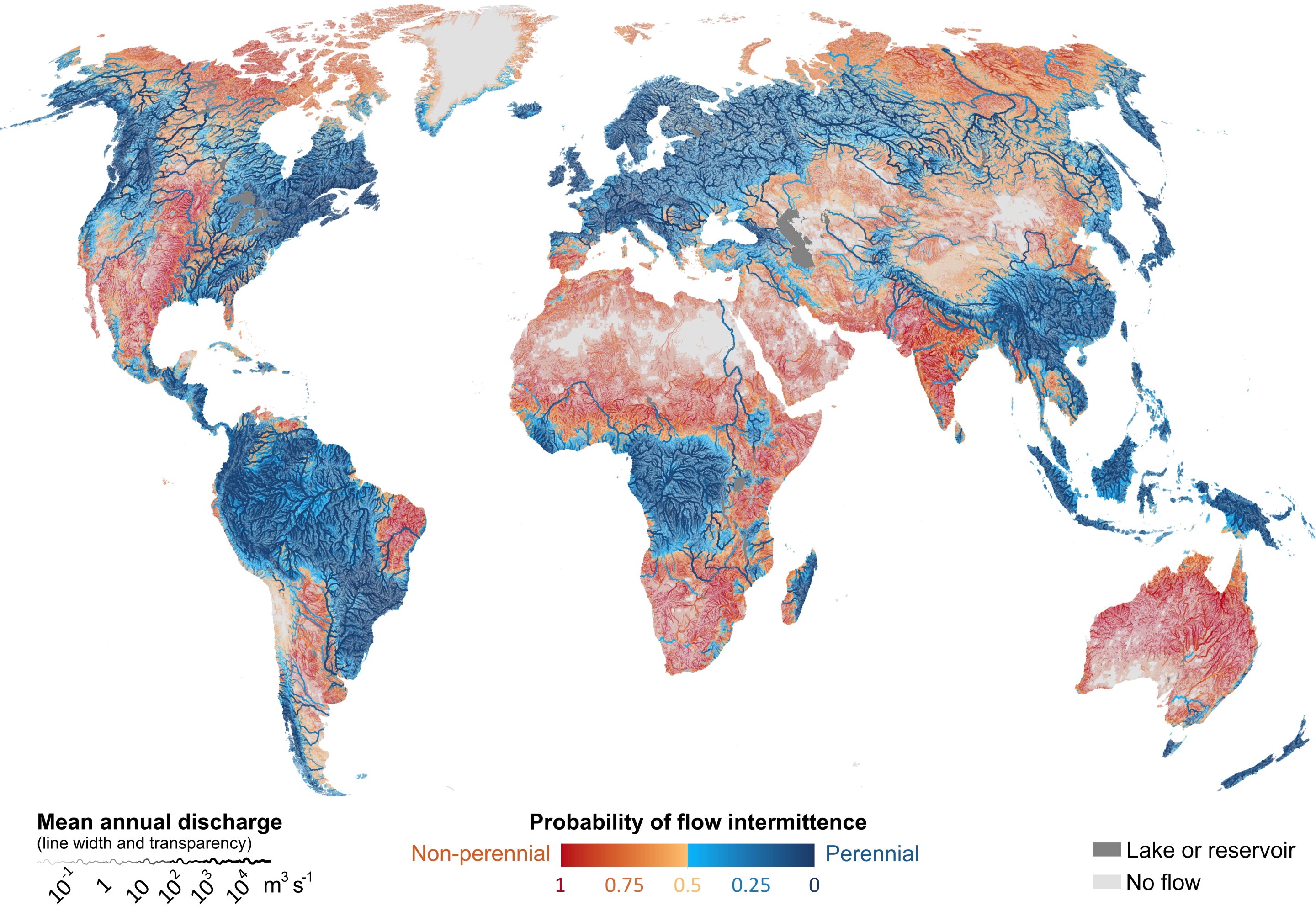 "Non-perennial rivers and streams are very valuable ecosystems as they are home to many distinct species that are adapted to cycles of water presence and absence," says ecohydrologist Mathis Messager from McGill University in Canada.

"These rivers can provide critical water and food sources for people and they play an important role in controlling water quality. But more often than not they are mismanaged or altogether excluded from management actions and conservation laws as they are simply overlooked."

Previous studies have found non-perennial rivers are generally considered less valuable and less worthy of conservation. Today, many are unnamed and missing from maps, but that doesn't mean they aren't important.

Intermittent rivers and ephemeral streams combine to create much larger waterways, which are a major source of freshwater around the world. Headwaters help trap floodwaters, refill groundwater, reduce pollution, and provide important habitats for flora and fauna, making the timing of their flow an important factor in a variety of environmental activities.

Ignoring them, researchers say, is a mistake, especially in a time of rapid climate changes.

Over the past 50 years, global warming and land use changes have stopped the flow of more and more rivers and streams. Even parts of the Nile in Egypt, the Indus in Asia, the Yellow in China, and the Colorado River in North America have started to experience stops and starts of flow.

"Given continued global change, an increasingly large proportion of the global river network is expected to seasonally cease to flow over the coming decades," the authors warn.

Places where aridity is increasing are particularly at risk of seeing reduced river flow. In hot and dry regions like India, northern Australia, and equatorial Africa, researchers found 95 percent of rivers and streams are already intermittent.

Even the main stem of major rivers like the Niger River in West Africa and the Godavari in India can dry out under the right conditions.

Given these results, the authors are calling for a paradigm shift in river research and conservation. They say we need to incorporate non-perennial rivers and streams into our studies and afford them the same protections as constantly flowing rivers.

Many ephemeral streams are currently excluded from management and conservation laws, as well as scientific studies. As a result, we know very little about how these waterways are coping in a changing world. Very few people are monitoring their health.

"The foundational concepts of river hydrology, ecology, and biogeochemistry have been developed from and for perennial waterways, and as a result, have all traditionally assumed year-round surface channel flow," the authors write.

"Here we show that this assumption is invalid for most rivers on Earth, which bolsters previous appeals for bringing together aquatic and terrestrial disciplines into river science."