In the distant past of the northern British Isles, ancient humans didn't always dwell on dry land. Across Scotland, Ireland, and Wales, the foundations of thousands of mysterious artificial islands survive to this day: called crannogs, these strange structures were built long ago by prehistoric hands, in the chilly waters of rivers, lakes, and sea inlets.

Exactly how long ago these things were shaped is something that's never been fully understood. Traditionally, archaeologists estimated Scottish crannogs emerged no earlier than the Iron Age, being first constructed around 800 BCE.

But in more recent years, evidence has come to light that these engineered structures could be much more ancient, and a new study confirms the formations are actually thousands of years older than we realised. 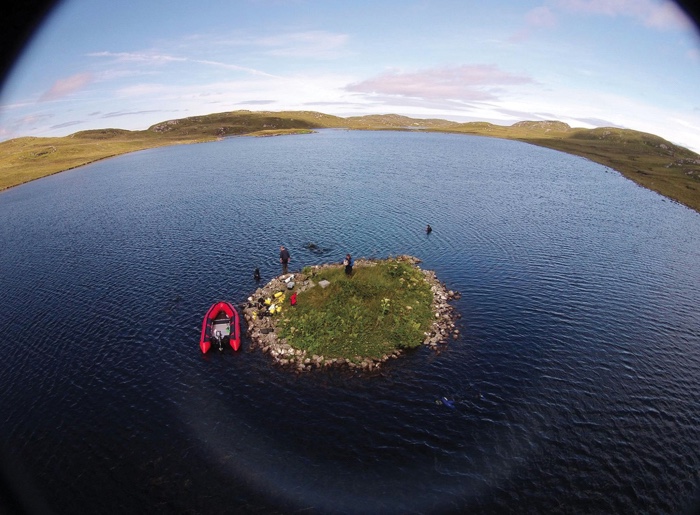 Using radiocarbon dating of four sites located in the Outer Hebrides (the Western Isles of Scotland), researchers have discovered ancient crannogs dating back to 3640–3360 BCE, meaning early humans were building these giant artificial islands roughly 5,500 years ago, pre-dating even the construction of Stonehenge.

"These crannogs represent a monumental effort made thousands of years ago to build mini-islands by piling up many tonnes of rocks on the loch bed," says archaeologist Fraser Sturt from the University of Southampton.

It's not the first time archaeologists have wondered whether crannogs could have Neolithic origins. Excavations in the 1980s at the crannog Eilean Dòmhnuill suggested it could date back thousands of years, but for decades no other comparably ancient specimens were located.

Things changed in 2012, when former Royal Navy diver Chris Murray, who was a resident of the Scottish Isle of Lewis, became intrigued by a crannog in the waters of Loch Arnish.

Diving beside the remnants of the weathered platform, Murray made a totally unexpected discovery: hidden beneath the lake's surface around the engineered island, he found a scattered collection of remarkably well-preserved Early/Middle Neolithic pots lying on the loch bed. 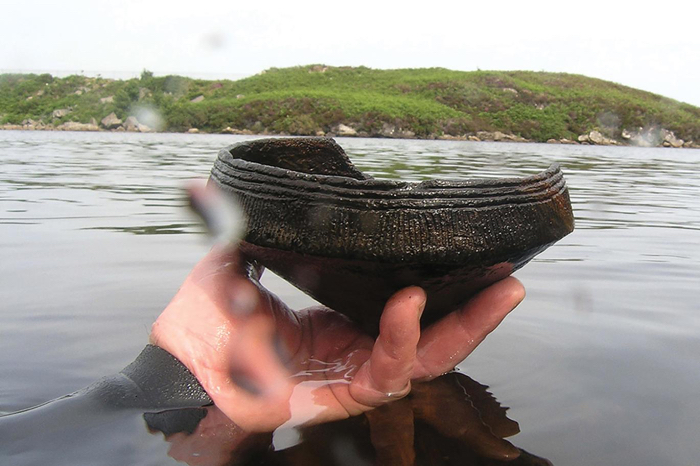 Working with Sturt and other researchers, the team investigated Loch Arnish and several other crannogs – some of which had not previously been identified in archaeological records and were located using Google Earth.

In total, the researchers discovered over 200 Neolithic ceramic vessels discarded from five crannogs – evidence of an extensive and arcane cultural practice we never knew about until now.

"Survey and excavation of these sites has demonstrated – for the first time –that crannogs were a widespread feature of the Neolithic and that they may have been special locations, as evidenced by the deposition of material culture into the surrounding water," the researchers report in a new paper.

"These findings challenge current conceptualisations of Neolithic settlement, monumentality and depositional practice, while suggesting that other 'undated' crannogs across Scotland and Ireland could potentially have Neolithic origins."

The site investigations, which encompassed a mixture of underwater and aerial surveying, plus excavations and radiocarbon analysis, revealed clear evidence the crannogs were human-made. The ancient builders created the structures by piling up boulders to make artificial islets.

At one of the sites, Loch Bhorgastail, ancient timbers were also observed around the edges of the crannog, thought to have been placed to increase the stability of the rock structure. 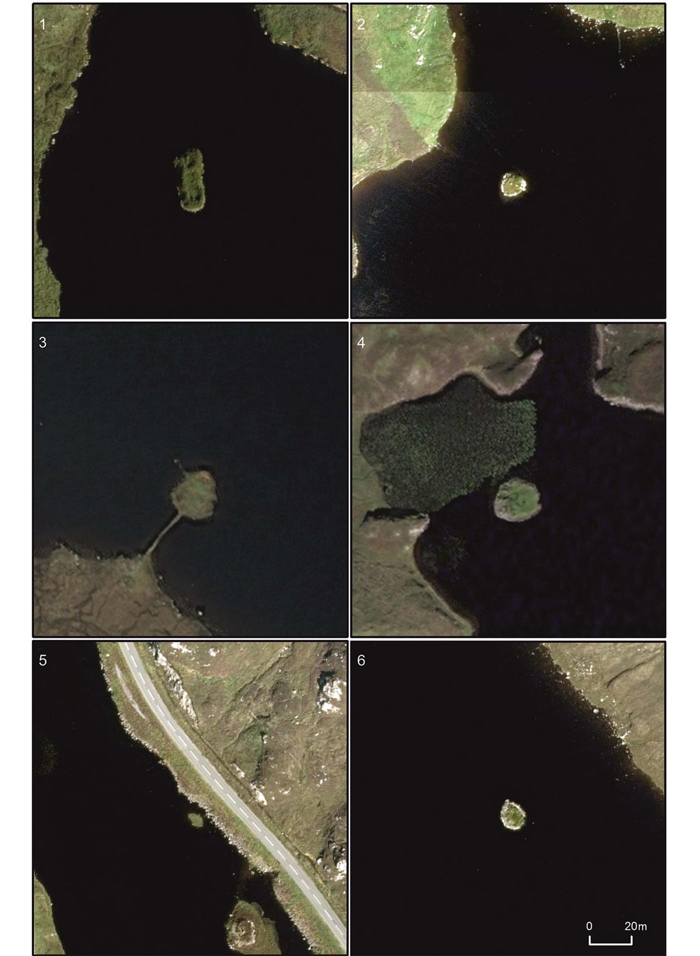 Sometimes, a stone causeway leads out to the island; at other sites, no causeway seems to exist, suggesting the crannog might have been accessed by boat, or perhaps a wooden bridge.

While no other timber evidence remains at any of the sites, it's thought the crannogs may have borne wooden structures and dwellings built on top of them, from which ancient pottery was once hurled – and not, it seems, by accident.

"The quantities of material now identified around several sites, and the position of these vessels in relation to the islets, suggests that pots were intentionally deposited into the water," the researchers write.

"Many vessels had substantial sooting on their external surfaces, and some had internal charred residues; they had clearly been used before deposition."

As for what these ancient disposals into the loch signified, and the other purposes of the crannogs may have had, we don't know.

But given the amount of work that must have gone into creating these giant structures – engineered with stones weighing up to 250 kilograms (550 lbs) a piece – it's clear they must have had some unique importance to the prehistoric community who once inhabited these mysterious spaces.

Perhaps the crannogs were reserved for important celebratory feasts, or used in mortuary rituals, with the watery backdrop of the loch somehow framing the otherness of these long-ago gatherings.

"They would have required a huge investment of labour to build and probably remained significant places for a long time," the researchers explain.

"These islets could also have been perceived as special places, their watery surroundings creating separation from everyday life. The process of crossing over to the islets may have emphasised this separation; the practices that took place on them do appear to have been very different from those of 'normal' life."