Mysterious Tectonic Fault Zone Detected Off The Coast of California

Spanning 32 miles (51 kilometres) across the floor of the Pacific Ocean, the cables record sounds like the high-pitched squeal of a dolphin or the deep moans of a humpback whale. They also capture the emission of light from undersea organisms like poisonous algae.

But a team of researchers from Rice University and the University of California, Berkeley, have discovered another use for the network: recording underwater earthquakes.

Last year, the researchers conducted a four-day experiment using 12 miles (19 kilometres) of the cable network to study the motion of the seafloor. The results of that experiment appear in a new paper in the journal Science published on November 28.

The researchers reveal that they detected a 3.5-magnitude earthquake in Gilroy, a city in Northern California, in March 2018. They also discovered a new fault system at the bottom of the ocean. The technology could eventually help them map fault lines in areas where scientists know very little about seismic activity on the ocean floor.

"It's kind of like streetlamps shining light on an area of the seafloor," Nate Lindsey, the paper's lead author, told Business Insider. "There's a lot of potential to go and do this in an area where it makes a difference."

To start, they attached a device to the end of the cables that shoots out bursts of light. When the ground moves, it places a strain on the cables that scatters the light and sends it hurtling back toward the device. These light waves can be measured to determine the magnitude of an earthquake.

After six months of experimenting on land, the researchers moved their technology underwater. They partnered with the Monterey Accelerated Research System ( MARS), which operates a network of undersea fibre-optic cables.

Every year, the cables need to be taken offline for maintenance, giving the researchers a brief window to test their technology.

For their experiment, the researchers used a portion of the cables that stretches from Moss Landing, a small fishing village off the coast of Monterey Bay, to Soquel Canyon, an offshore marine protected area. 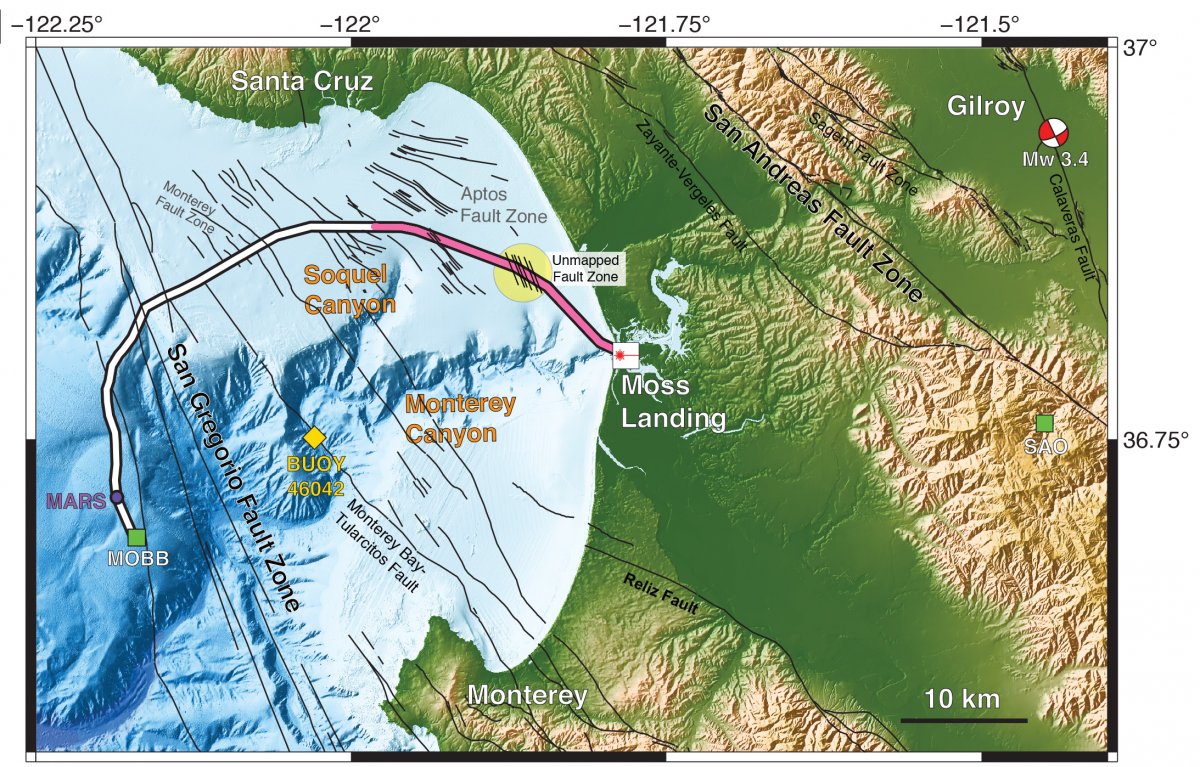 By installing their device at the end of the undersea cables, the researchers were able to monitor shifts and fractures at the bottom of the ocean. This led to the discovery of a new underwater fault system in the Pacific Ocean in-between two major fault lines, the San Gregorio and the San Andreas, which run parallel to each other.

Lindsey said the fault system is likely "much, much smaller" and "minor" compared to the San Andreas – which scientists have pinpointed as the likely source of the next major California earthquake.

But he said his technology could ultimately be used to identify larger fault lines in unexplored areas like offshore Taiwan.

Cables could monitor earthquakes across long stretches of land and sea

Since most of Earth's surface – around 70 percent – is covered in water, scientists don't have many ways to measure offshore earthquakes.

Jonathan Ajo-Franklin, a geophysics professor at Rice University who worked on the experiment, said systems like the one from MARS – which are tethered to the shore by a cable – are so rare that you could count them on one hand. He estimated that just three or four operate at one time on the West Coast.

"In every case, it's limited scope in terms of the length of the experiment and it's high cost," Lindsey said. The MARS observatory, for instance, cost around US$13.5 million. 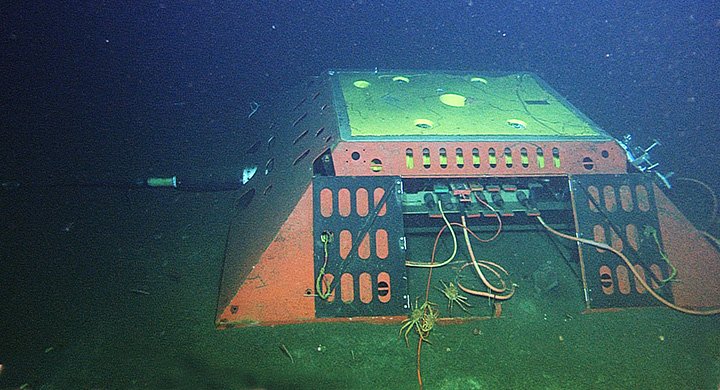 John Collins, a senior researcher at the Woods Hole Oceanographic Institution who didn't work on the study, called the technique "very promising". Bruce Howe, a physical oceanographer at the University of Hawaii, also thought the system could provide useful data.

"It's based on good physics, so I think it will pan out," Howe, who also wasn't involved in the study, told Business Insider.

On land, traditional earthquake sensors typically measure the speed of the ground motion at a single point. But fibre-optic cables allow researchers to take multiple measurements across a long path.

"For every metre of cable, you're measuring a stretch of tens of nanometres or even smaller," Ajo-Franklin said. That's about the width of a human hair.

The MARS system, for instance, can record measurements at 10,000 locations, meaning it has the same capacity as 10,000 individual motion sensors. That gives researchers lots of data points for studying how earthquakes rattle across the ocean.

When the 3.5-magnitude earthquake struck Gilroy last year, the researchers were able to record the tremors of the ocean waves – a tool that might eventually help with the early detection of tsunamis.

"The nice thing about recording that earthquake was not necessarily locating it," Ajo-Franklin said.

"When you have densely sampled locations, you can do a lot more with the earthquake's wavefield to allow you to build pictures of what's on the ground."

More from Business Insider:
Trending News
Superconductivity Model With 100,000 Equations Now Contains Just 4 Thanks to AI Physics2 days ago
Do You Sleep on Your Back or Side? Here's The Research on 'Optimal' Sleep Positions Health3 days ago
Shimmering 'Lakes' Under The South Pole of Mars Might Be Something Else Entirely Space3 days ago