NASA Can't Explain Who Made These Huge, 8,000-Year-Old Structures in Kazakhstan

Back in 2007, a series of huge, mysterious geoglyphs were discovered in the grasslands, or steppes, of Kazakhstan. Formed by human-made mounds, divots, and trenches, the structures create giant images that can be seen from the sky, including shapes that look like crop circles, squares, and swastikas. Archaeologists estimate they were created around 8,000 years ago, but have no idea who built them, or why.

Now NASA has taken the first photos of the Steppe Geoglyphs from space, and has admitted that its scientists are no closer to solving the mystery. But they're going to keep investigating, because the answer could reshape our understanding of early humanity.

The glyphs were first discovered by amateur archaeologist Dmitriy Dey back in 2007 using Google Earth, and about 260 of them have been found since. But what makes them interesting enough for NASA to get involved is the fact that they were made so long ago - the Nazca Lines in Peru, by comparison, were only built around 1,500 years ago.

And as far as we're aware, the only humans living in this region of Kazakhstan back then were nomadic Stone Age tribes, whom researchers don't think were sophisticated enough to build anything like this.

"The idea that foragers could amass the numbers of people necessary to undertake large-scale projects – like creating the Kazakhstan geoglyphs – has caused archaeologists to deeply rethink the nature and timing of sophisticated large-scale human organisation as one that predates settled and civilised societies," Persis B. Clarkson, an archaeologist at the University of Winnipeg, told Ralph Blumenthal from The New York Times. 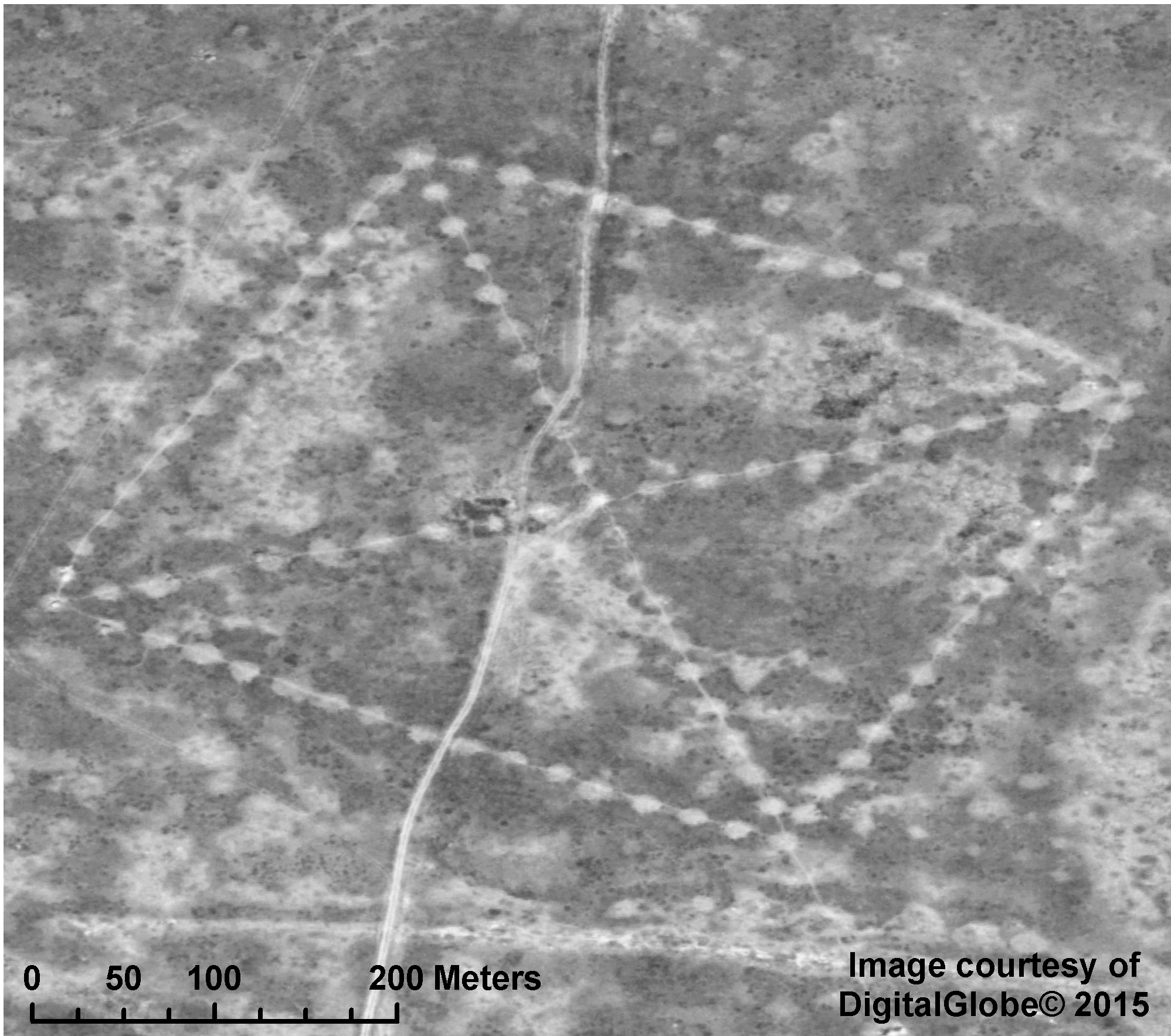 So far, we don't have a lot to go on. Serious investigation into the shapes has only really just started, with the glyphs formally being described at an archaeology conference last year for the first time - before that there were some concerns the whole thing was a hoax due to how remarkable the structures are. And it's only the last two weeks that NASA has gotten involved.

They're now using satellites from one of their contractors, DigitalGlobe, to take images of some of the most iconic structures from space, and they've also instructed the astronauts on board the International Space Station to start taking photos of the region.

"I've never seen anything like this; I found it remarkable," said Compton J. Tucker, a NASA scientist who provided the images. He added that NASA was "proceeding to map the entire region".

Another thing that makes the glyphs so fascinating is their sheer size - they're so large that they're unable to be seen properly from the ground, but it's hard to imagine a civilisation 8,000 years ago contemplating the surface of the Earth from the air.

One of the largest structures is the Ushtogay Square, which is almost 250,000 metres in area, with each of its sides as long as an aircraft carrier.

Another structure, called the Bestamskoe Ring, is a circle made up of dozens of smaller circles. There's also the Turgai Swastika, which looks kind of like a three-armed swastika (and yes, as we all learned from The Da Vinci Code, the swastika was popular way before the Nazis started using it). 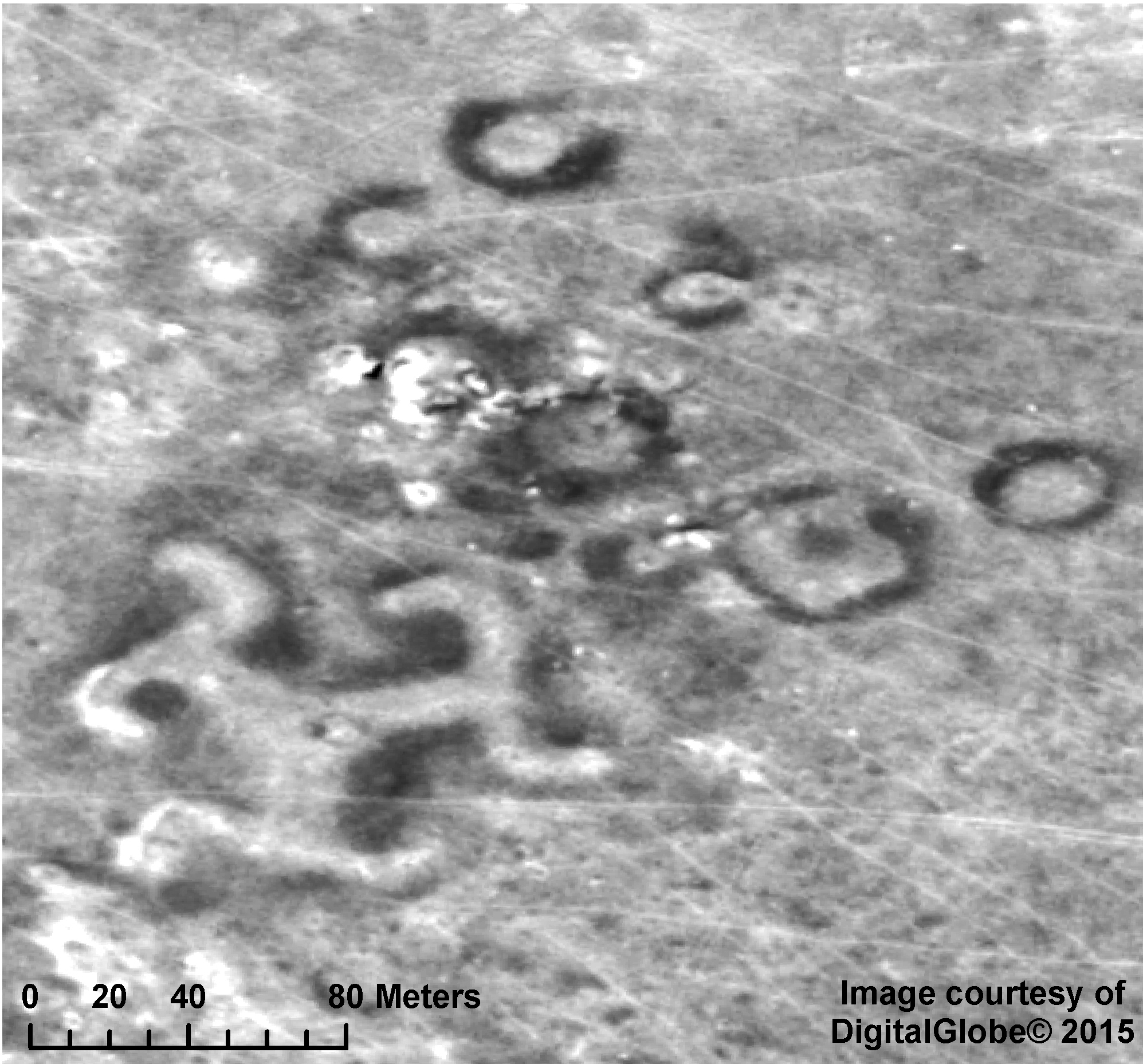 Right now there's no clear indication whether these structures were created for art, communication, or perhaps some sort of ritual. So far the two structures that have been dug into show no sign of any buried remains.

But hopefully with NASA and its impressive satellite technology coming on board, and other archaeologists getting involved, we might have some more clues to go on soon.