When launched, Hubble's successor, NASA's James Webb Space Telescope, will be the most powerful space telescope in the world (or, outside of it?). Though it's still under construction and is expected to launch in 2018, officials have just now unveiled pictures of the telescope's huge, golden mirrors. And boy, are they pretty.

These large, blinged-out mirrors are too large to fit onto a rocket, which means they have to fold up and unfurl in space where they will help researchers focus light from extremely faraway sources, hopefully capturing stars that formed shortly after the Universe was born.

"To ensure the mirror is both strong and light, the team made the mirrors out of beryllium. Each mirror segment is about the size of a coffee table and weighs approximately 20 kilograms (46 pounds). A very fine film of vaporised gold coats each segment to improve the mirror's reflection of infrared light," said NASA.

In total, the telescope will utilise 18 mirrors that come together to form a primary mirror. You can see them fully unfolded below: 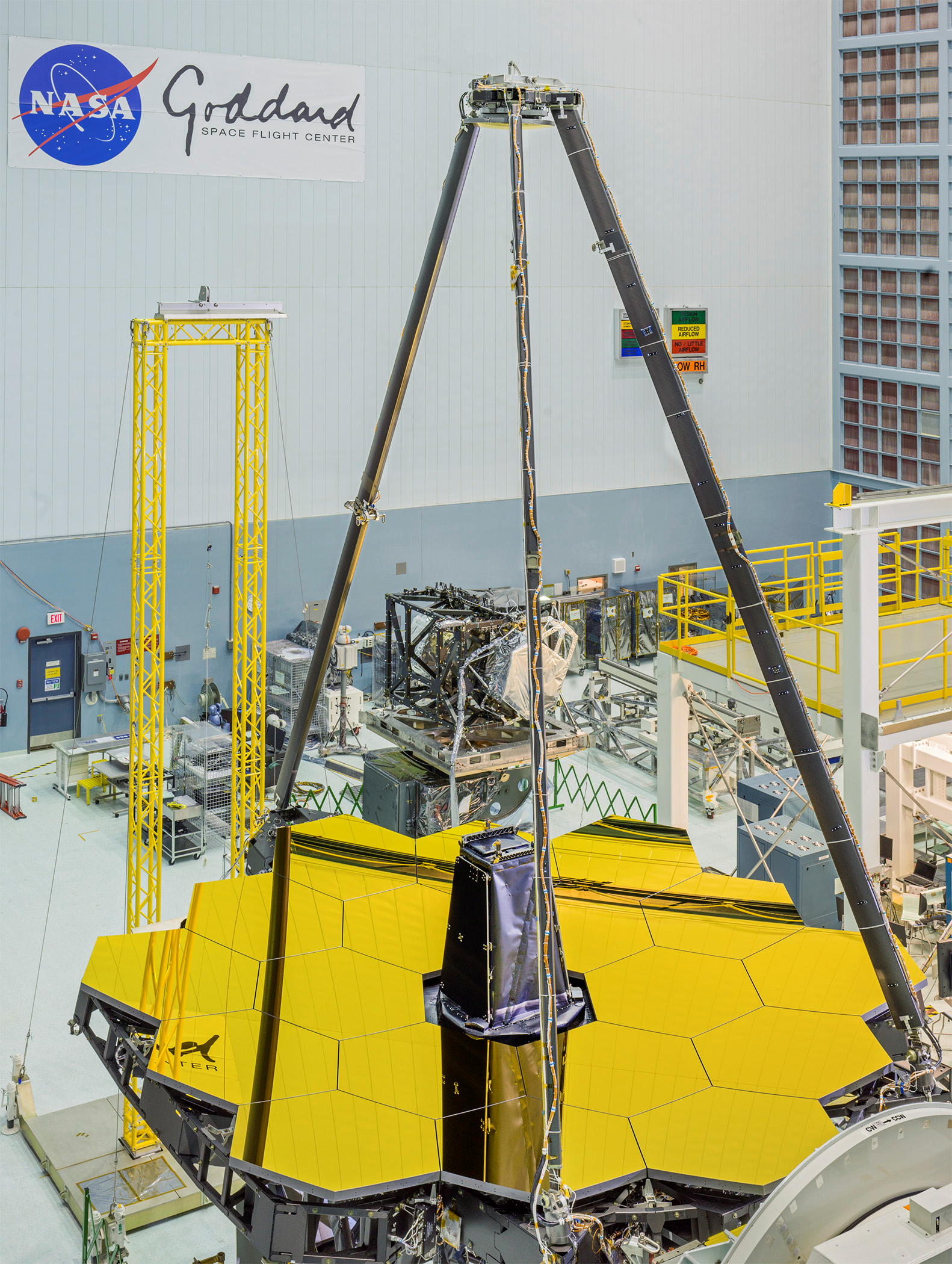 Before now, the mirrors were protected by a black cover, sort of like the way a new gadget's screen is. Whoever got to peel that black cover off of those door-sized gold mirrors probably had a really, really good time.

"There is a huge team across the country who contributed to this achievement."

The James Webb Space Telescope will doubtlessly provide us with a whole bunch of new insights about the Universe and, if these new pictures are anything to go by, it will definitely look good doing it.