The robot gets relatively close to the gas giant planet and takes new photos with its JunoCam instrument roughly every 53 days, while travelling at speeds up to 130,000 mph (209,000 km/h).

It can take days or sometimes weeks to receive the images, but the wait is worth it. The latest batch of photos features countless swirling, hallucinatory clouds and storms.

Researchers at NASA and the Southwest Research Institute uploaded the raw image data to their websites in late December. Since then, dozens of people have processed the black-and-white files into gorgeous, calendar-ready colour pictures.

"As pretty as a planet can get, but get too close and Jupiter will END YOU," Sean Doran, a UK-based graphic artist who regularly processes NASA images, said about the new images in a tweet.

Here are some of the best new photos and animations made with JunoCam data by Doran and other fans of the spacecraft.

NASA launched Juno in 2011, and it took nearly five years for the probe to reach Jupiter.

Juno's orbit takes it far beyond Jupiter - then quickly and closely around the world - to minimise exposing electronics to the planet's harsh radiation fields.

During each 53.5-day orbit, called a perijove, JunoCam records a new batch of photos.

The spacecraft is the only one ever to fly above and below Jupiter's poles.

Researchers are trying to make sense of the gas giant's swirling mess of polar cloud formations, like these captured during Juno's tenth perijove. 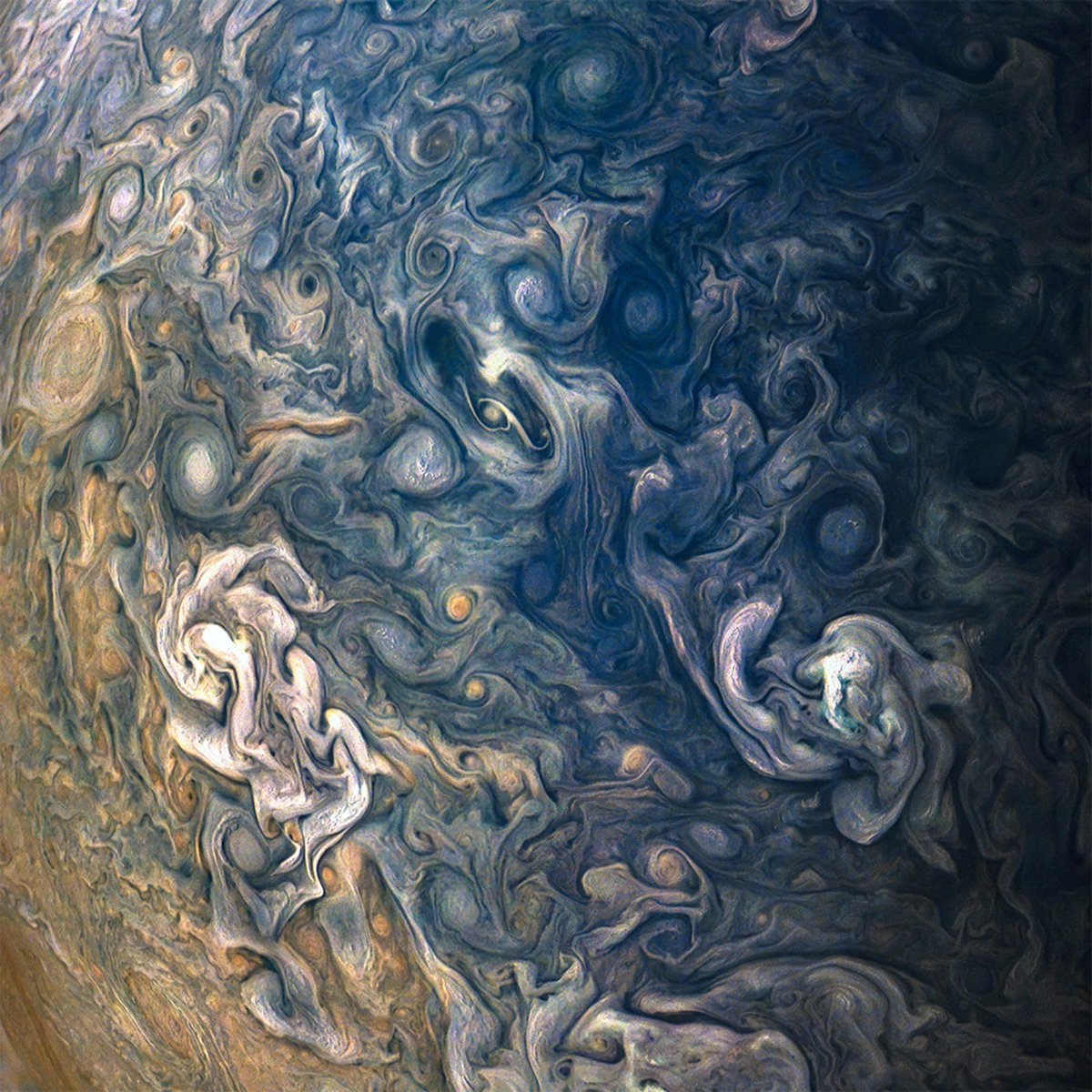 The planet's many bands of cloud groups are also a scientific puzzle.

Some of the storms seen on Jupiter are larger than Earth's diameter.

A full set of JunoCam images looks like this:

But some fans of the spacecraft have figured out how to stitch them together into time-lapse movies.

NASA expects Juno to orbit Jupiter for at least a couple more years, and continue beaming back incredible new pictures. 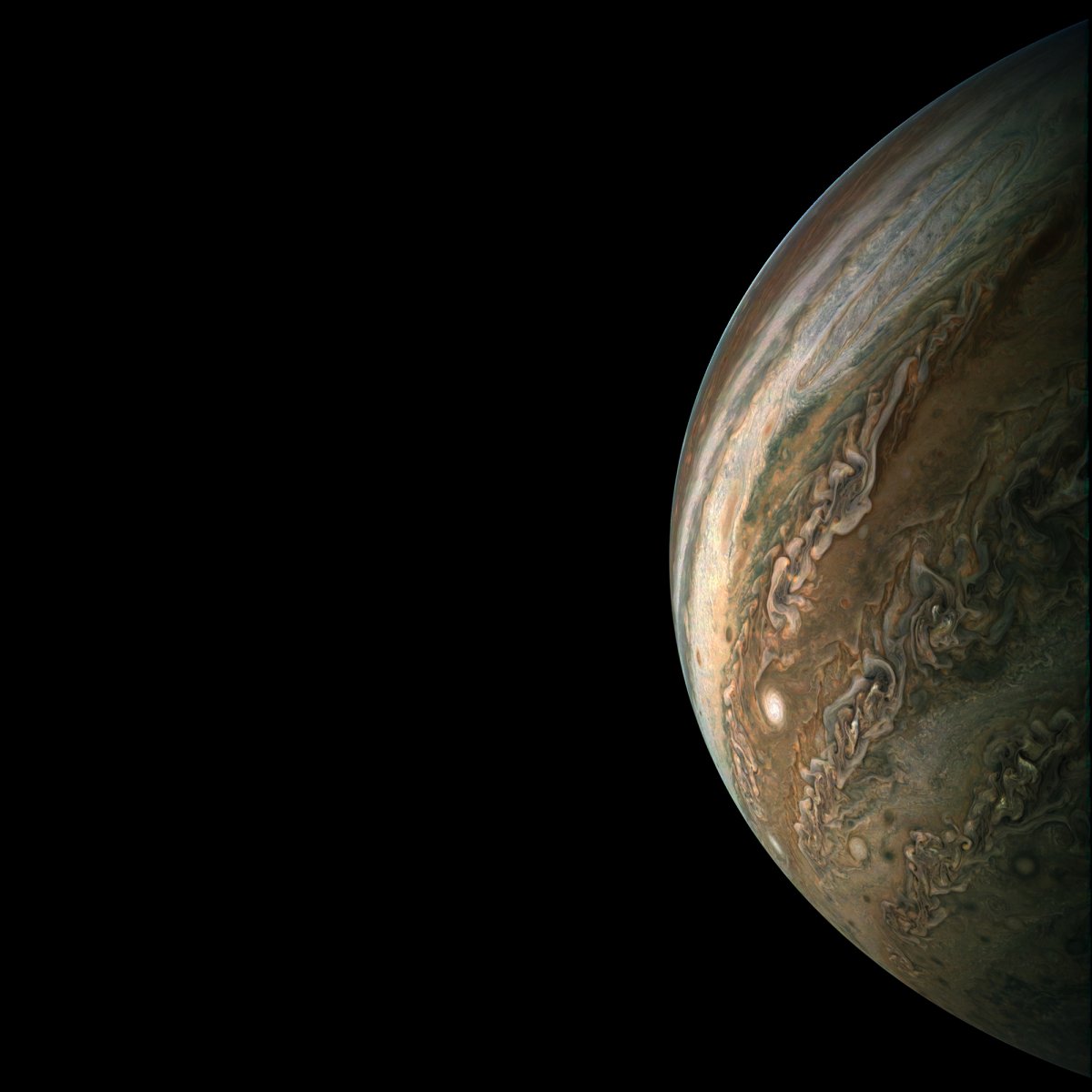 However, the space agency will eventually destroy the $US1 billion robot. This will prevent an accidental crash into Jupiter's icy moon Europa, which may harbour an ocean - and potentially alien life.

Here's half of Jupiter's icy moon Europa as seen via images taken by NASA's Galileo spacecraft in the late 1990s.