A month after China pulled off its historic Chang'e 4 mission, which landed robots on the moon's far side for the first time, NASA has released an image further proving the feat was a success.

NASA photographed the Chinese landing site on January 30 with a moon-circling spacecraft called the Lunar Reconnaissance Orbiter. Researchers published the new picture (below) at the agency's LRO mission blog on Wednesday.

Chang'e 4, China's fourth robotic lunar mission, is named after a mythical lunar goddess. It launched on December 8, and the rover and lander touched down on the moon on January 3.

The car-size lander is expected to last about 12 months on the moon's far side – the lunar face we can't see from Earth ("dark side" is a misnomer).

Chang'e 4 also deployed a desk-size rover called Yutu 2 or "Jade Rabbit" that should last about three months in the brutal conditions. (Temperatures on the moon's far side swing between searing-hot and bone-chilling cold every couple of weeks.)

The goals of the two Chinese spacecraft are to take photos of the barren lunar landscape, study lunar geology, look for water ice, scan the night sky for radio bursts, and even grow silkworms.

The mission landed inside a 116-mile-wide impact site called the Von Kármán Crater. It's part of the South Pole-Aitken Basin: a 1,550-mile-wide scar made by a collision about 3.9 billion years ago. The crash may have splattered deep geologic layers of the moon onto its surface, which makes it an especially interesting area for study.

What NASA's image of the Chinese landing site shows

NASA scientists found the lander and rover in the LRO photo below, which was taken at a glancing angle on January 30. The yellow arrow points to the landing site. 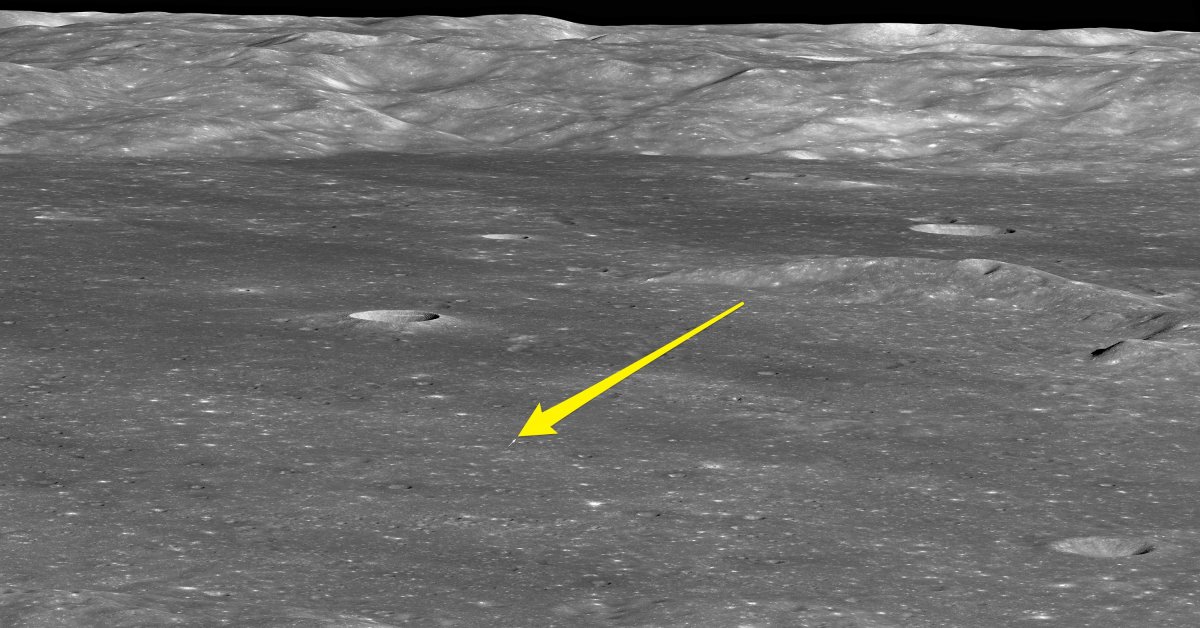 "[A]s LRO approached the crater from the east, it rolled 70 degrees to the west to snap this spectacular view looking across the floor towards the west wall," Mark Robinson, a lunar researcher at NASA, said in a blog post about the image.

Robinson added that LRO was far away from the landing site, even though it was in view, making the Chang'e 4 spacecraft difficult to discern.

"Because LRO was 330 kilometers (205 miles) to the east of the landing site, the Chang'e 4 lander is only about two pixels across … and the small rover is not detectable," he said. "The massive mountain range in the background is the west wall of Von Kármán crater, rising more than 3000 meters (9850 feet) above the floor."

An enhanced zoom of the image more clearly reveals the Chang'e 4 spacecraft as a tiny white dot between arrows. 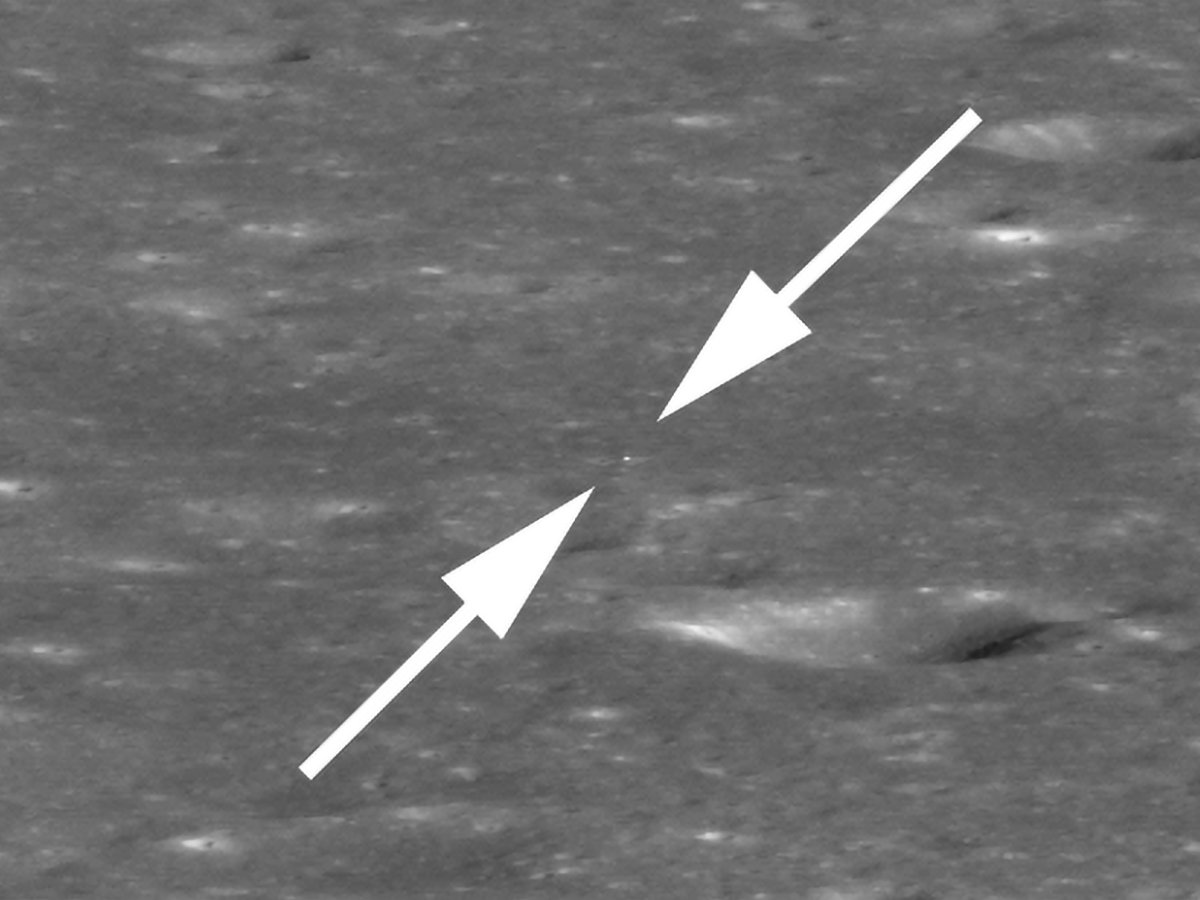 Below is a wrap-around panoramic image of the landing taken by the Chang'e 4 lander.

At the bottom-left is the Yutu 2 rover edging near a small crater shown in NASA's image. 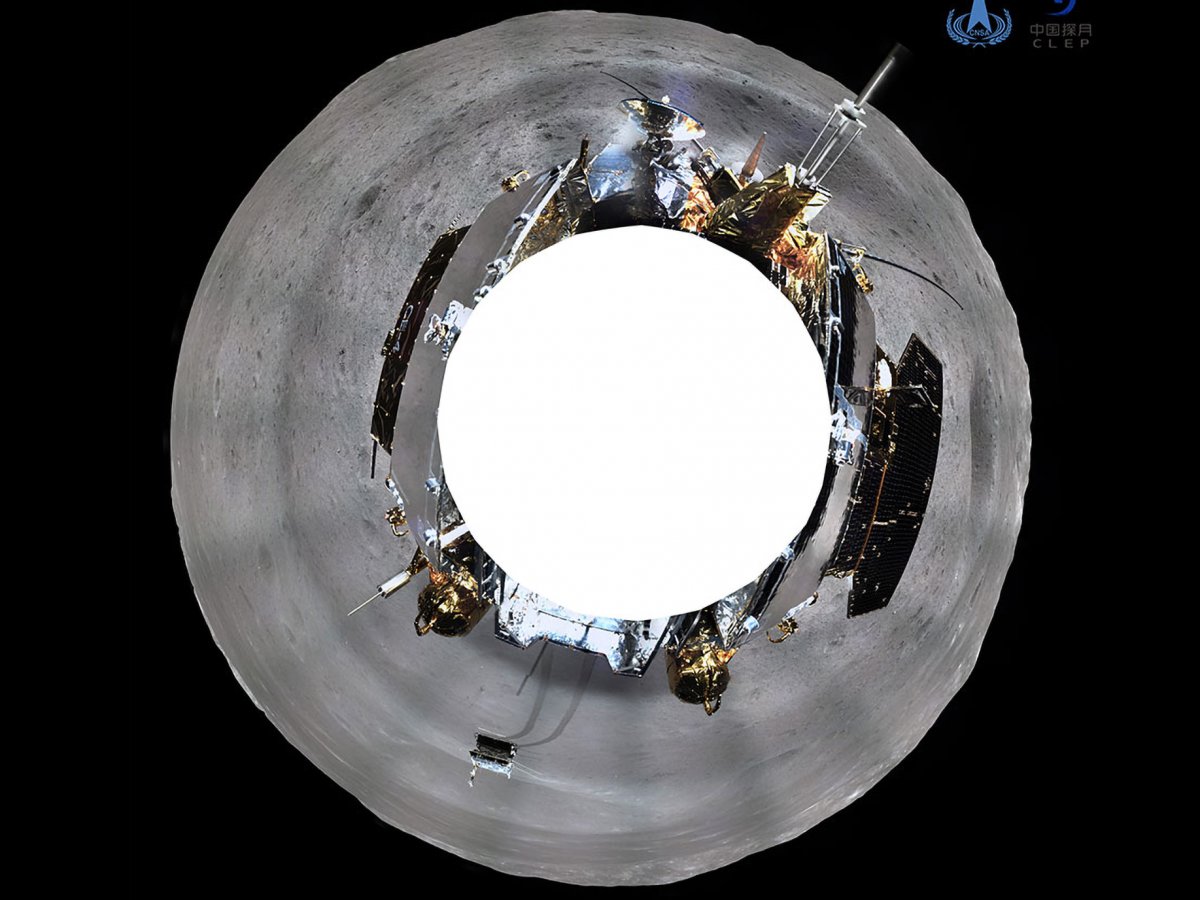 Part of the panorama is cropped below to show the Yutu 2 rover on its own. 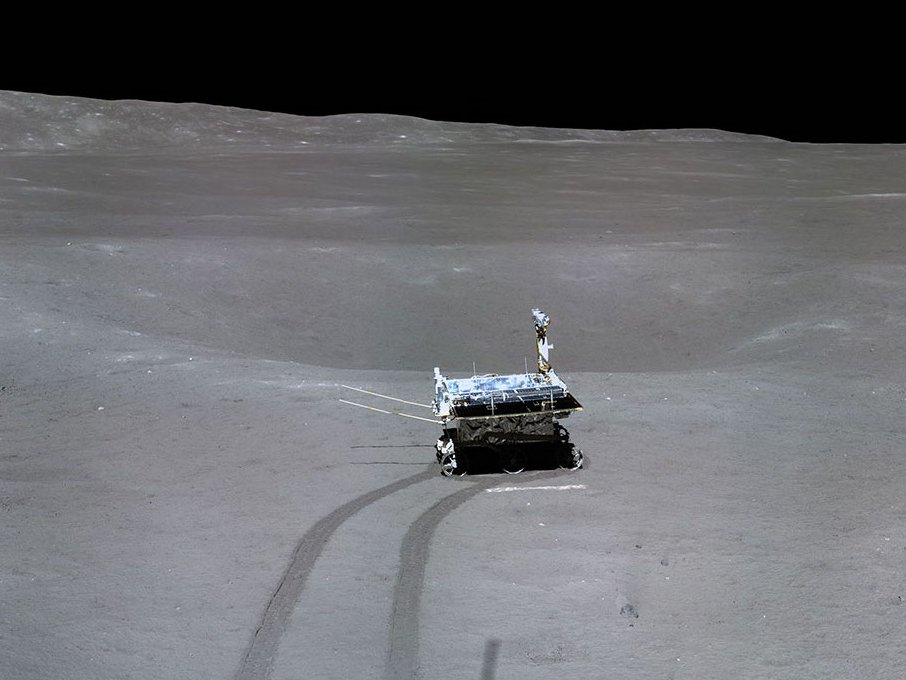 Initially, China did not say where Chang'e 4 had landed. So shortly after Chinese state media shared landing images on social media, Noah Petro, another lunar scientist at NASA, compared them to LRO images to figure out precisely where the mission had touched down within Von Kármán. 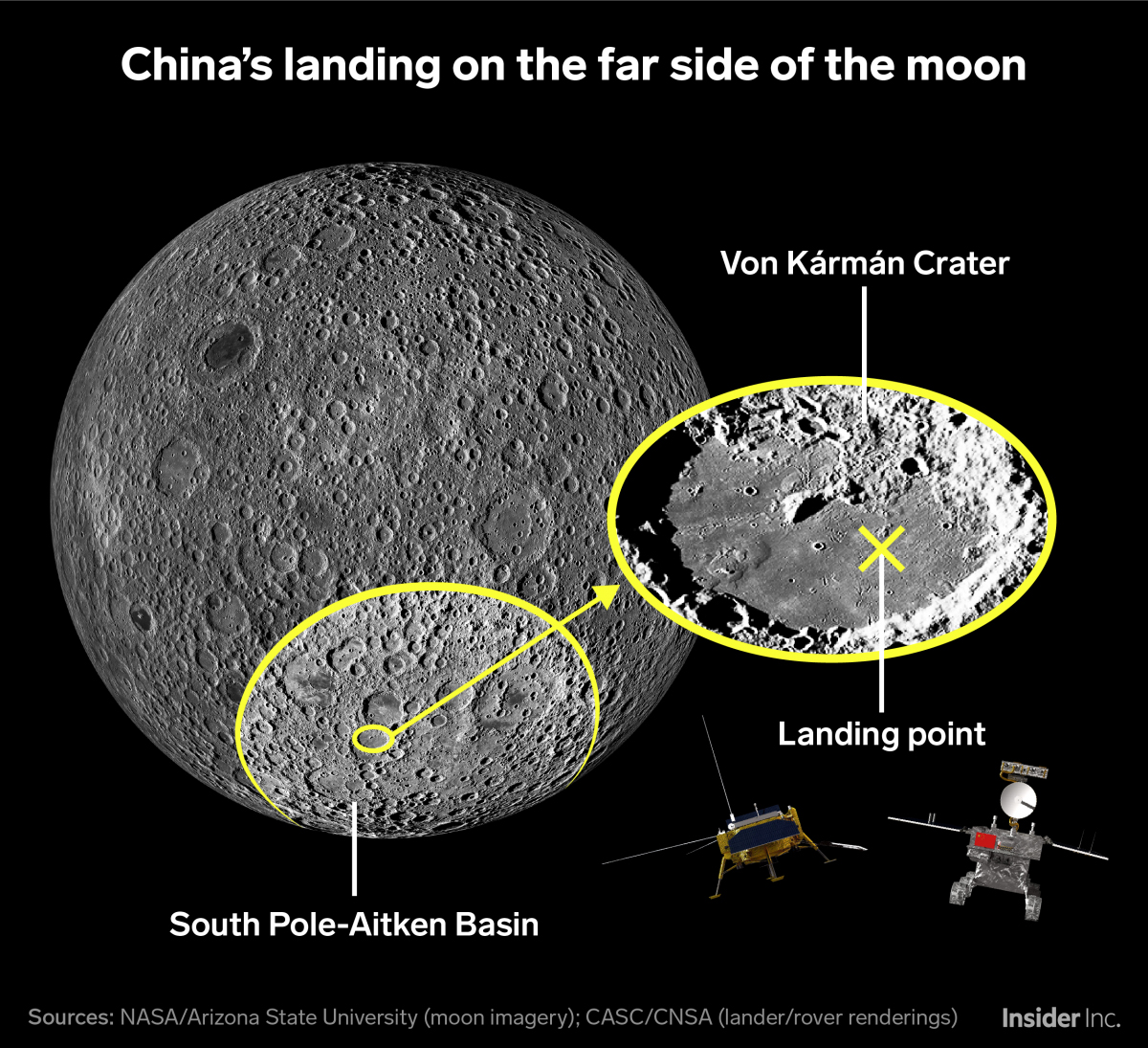 This isn't the first time NASA used its LRO spacecraft to study a Chinese moon landing.

On December 30, 2013, scientists also used LRO to locate China's Chang'e 3 mission on the lunar surface. Those image was used in an animated before-and-after comparison that clearly show a lander and rover as small, independent dots.

During future orbits, LRO should be able to image Chang'e 4 directly from above as it for Chang'e 3.