While a speedy way of getting alcohol out of the system might sound like the perfect hangover cure, it has some serious medical potential. Worldwide, around 3 million deaths a year happen because of harmful alcohol use and being able to reverse the effects of binge drinking could save a lot of those lives.

Scientists have now come up with a compact, simple, proof-of-concept system that helps the body clear alcohol at a faster-than-normal rate – and the key to it is enlisting the help of the lungs to join the liver in expelling the alcohol.

Normally, the liver clears out 90 percent of alcohol in the blood, and there's no way to speed this process up; doctors can only try and give the liver some support. If the lungs are working on the job as well, the new research finds, then alcohol can be cleared from the blood and the body up to three times faster.

"It's a very basic, low-tech device that could be made anywhere in the world: no electronics, no computers or filters are required," says anaesthesiologist Joseph Fisher, from the Toronto General Hospital Research Institute in Canada.

"It's almost inexplicable why we didn't try this decades ago."

That breathing quickly pushes out ethanol from the blood, as well as other compounds, has already been well established. In this case, the scientists adapted a suitcase-sized breathing apparatus called ClearMate to aid the process, and to pump oxygen and carbon dioxide back in.

One of the smartest parts of the system is that it returns exactly the right amount of carbon dioxide back to the blood, while the alcohol is being hyperventilated away.

That's crucial in keeping the body in balance. During normal hyperventilation, we clear out carbon dioxide as well as alcohol from the blood, and if that continues for an extended period of time it can cause problems of its own. 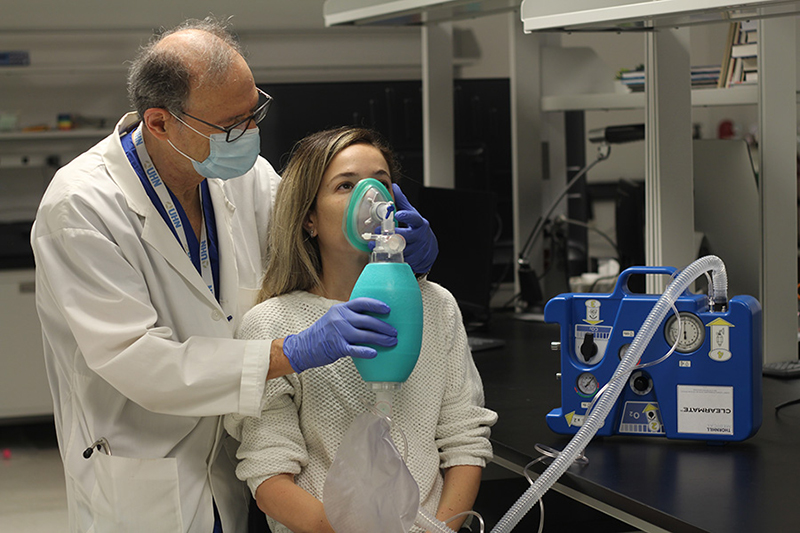 "You can't just hyperventilate, because in a minute or two you would become light-headed and pass out," says Fisher.

The US Food and Drug Administration allowed ClearMate to be marketed as a way to treat carbon monoxide poisoning in emergency rooms in 2019, and with the latest modifications, it looks to have promise as a way of dealing with alcohol poisoning, too.

So far, the system has only been tested with five male subjects, with and without alcohol in their blood (a single vodka-based drink was used as the alcohol). In ClearMate sessions of up to three hours, blood alcohol elimination rates were shown to increase by a factor of more than three.

That's an impressive result, despite the small sample size. The next steps are to test the process more widely and to make sure it can work with people with serious amounts of alcohol in their system – those who took a vodka drink in the pilot study only had mildly elevated blood ethanol concentrations of approximately  0.1 percent – and who are at serious risk of health problems.

"At lower blood ethanol concentrations, impaired judgment and coordination make people a risk to themselves and to those around them, but high levels put them at risk for organ damage and death from pulmonary aspiration, respiratory depression, and malignant arrhythmias," write the researchers in their published paper.