There's a common notion that at the edge of every black hole lies a back door to the Universe - an exit from reality into a new realm where fundamental laws of nature, like time, no longer behave the way that we understand them.

What happens once you cross this threshold is a long-standing mystery that the world's leading scientists have been pondering for decades with little headway.

Now, a recent paper presented at a conference in Paris this week has proposed a solution by looking at black holes in a completely different way.

Taking a novel approach to this age-old problem, the theory proposes that there is no back door to the Universe in the first place. Instead, black holes are impenetrable bodies, called fuzzballs.

Samir Mathur, a professor of physics at The Ohio State University and sole author of the paper, says as you approach the fuzzball, your body will be destroyed but, oddly enough, you will not die. Rather, you'll be transformed into a copy of yourself, in the form of a hologram, that is forever embedded onto the surface of the fuzzball. 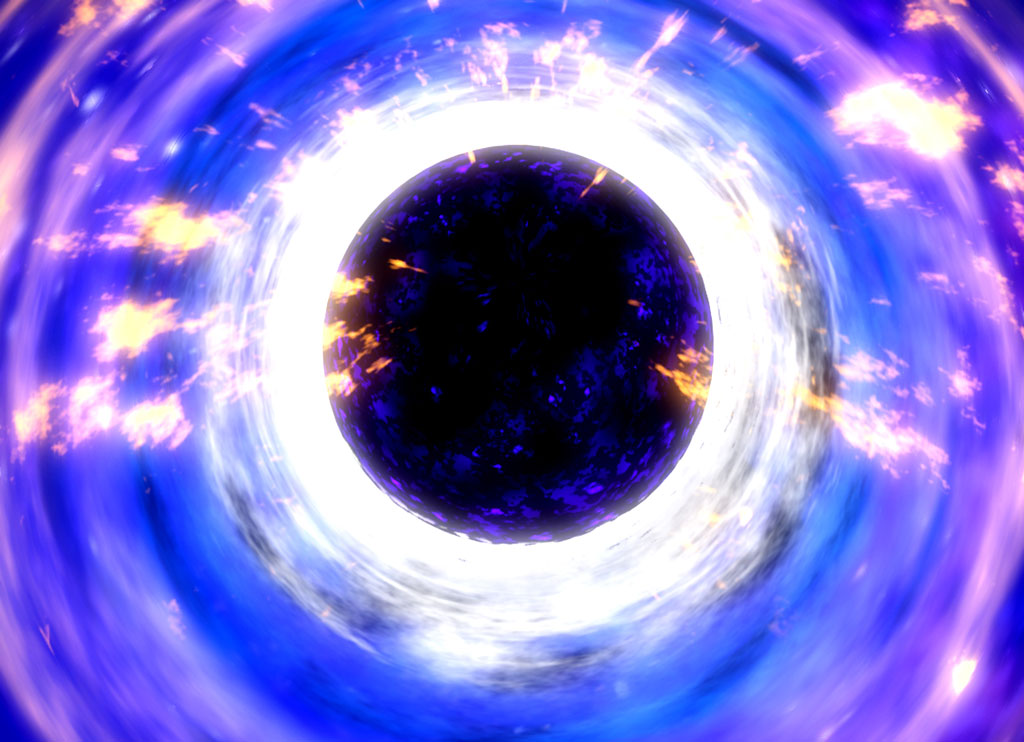 Mathur describes the surface as a thin fuzzy region of space instead of smooth, distinct feature, which is how he came up with the name 'fuzzball'.

When he first announced his fuzzball theory in 2003, it excited the scientific community because it offered a resolution to an outstanding paradox about black holes.

This paradox was originally discovered by astrophysicist Stephen Hawking more than 40 years ago and scientists have been attempting to explain it ever since.

However, Mathur's original calculations didn't conform to other well-established theories that describe the nature of black holes. So, he's spent over 15 years moulding and maturing his argument.

Now, his latest paper has taken a significant step forward, suggesting that his picture of black holes as the holographic copy machines of the Universe, while bizarre, could mean that fuzzballs truly are how scientists should be thinking about these mysterious cosmic beasts to better understand their behaviour.

But some scientists are sceptical of Mathur's conclusions. Although they support his novel view of black holes, they suggest you won't survive your encounter with a fuzzball, at all, but suffer a fiery death.

The most extreme environments in space

What makes black holes so exotic is their powerful gravitational grip, which acts like a deep well in space, warping the space and time around and within.

Moreover, this grip has the power to swallow everything that passes too close, including light. This means anything that falls into the well never returns, which makes it nearly impossible to determine what happens beyond the edge of a black hole.

That didn't stop Hawking from first attempting to find some answers in the early '70s.

Unlike Mathur, Hawking pictured black holes with back doors through which material was pulled by gravity. So, Hawking began to explore what happens just outside of that door, moments before crossing over to the dark side for eternity.

What he found in 1976 from following the well-established laws of physics originally set down by Albert Einstein and Paul Dirac and many others, was shocking: Black holes don't just consume material through their back doors. They also emit it in the form of radiation.

While this was a momentous discovery - the radiation has since been named Hawking radiation - it generated a perplexing issue, called the black hole information paradox, that scientists have yet to resolve. 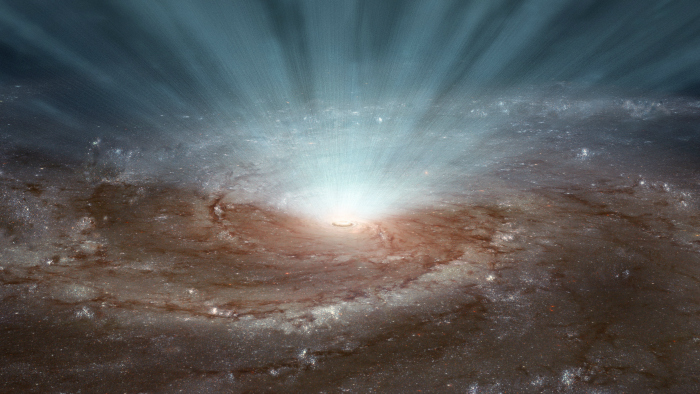 But Mathur thinks he's done just that with his fuzzball theory.

Hawking radiation is generated from whatever falls first into a black hole, according to Hawking's theory.

Some of what falls in gets spit back out while the rest is trapped inside of the black hole, where it's eventually destroyed and lost forever. This is where the paradox arises: One of the most fundamental concepts in physics states that no material in the Universe can be completely lost or destroyed, which directly contradicts Hawking's original assumption.

Other than that small problem, the famous astrophysicist's logic was fool proof. And scientists today, including Mathur, still consider Hawking radiation a plausible component of black holes, although it has yet to be observed.

Nearly 30 years later, Hawking hasn't offered a convincing solution to the paradox he discovered, but Mathur might have. What Mathur has done differently is to think of black holes as a solid surface that has no back door.

The fuzzball black holes that Mathur pictures are impenetrable and, therefore, don't have a region where material can fall into them. Rather, any object attracted by a fuzzball's gravitational pull will fall onto the surface. 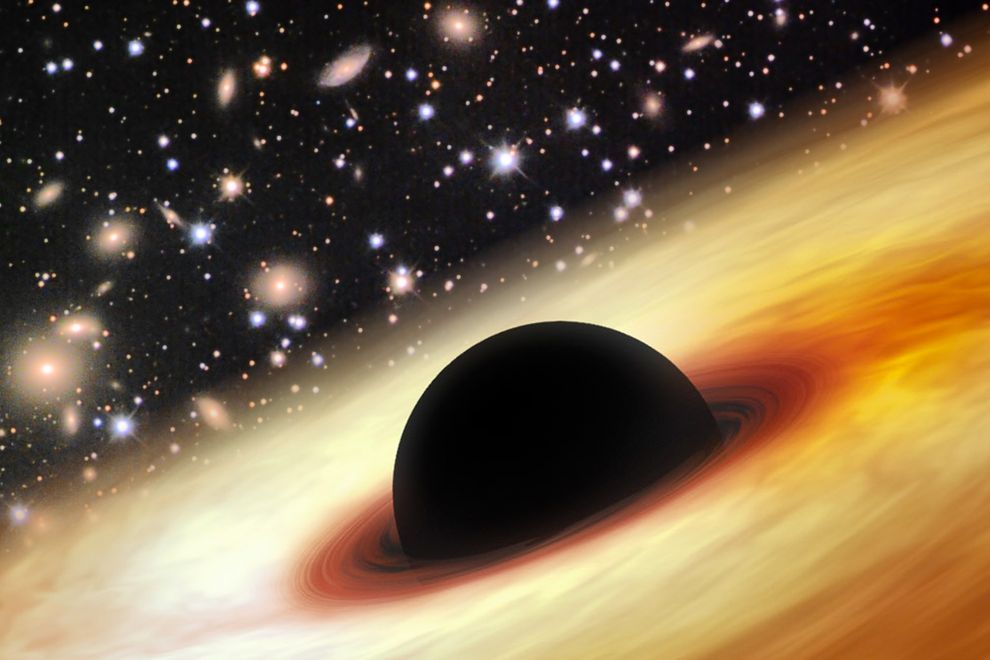 When that happens, a near-perfect copy of the objects is created in the form of a hologram. That hologram goes on to live on the surface of the black hole, while the original copy feeds the fuzzball.

"The original copy is destroyed. More precisely, the data making up the original copy gets transformed to a new form, which is data on the surface of the fuzzball," Mathur told Business Insider in an email. "When matter falls on the surface, this surface gets more energy, and it expands."

When Mathur was first exploring this theory at the turn of the century, his original calculations suggested that your holographic twin was a perfect copy of your original self. However, other scientists argued that a perfect copy was impossible because the universe tends to favour imperfection.

From this, Mathur has managed to settle the black hole information paradox in two ways:

"The fuzzball structure resolves this paradox; that is the reason I believe in it," Mathur told Business Insider.

To explain his assumptions mathematically, Mathur relies on a theoretical framework in physics called string theory, which suggests that all particles in the Universe are made of tiny, one-dimensional strings that vibrate and interact with one another to generate the Universe around us. 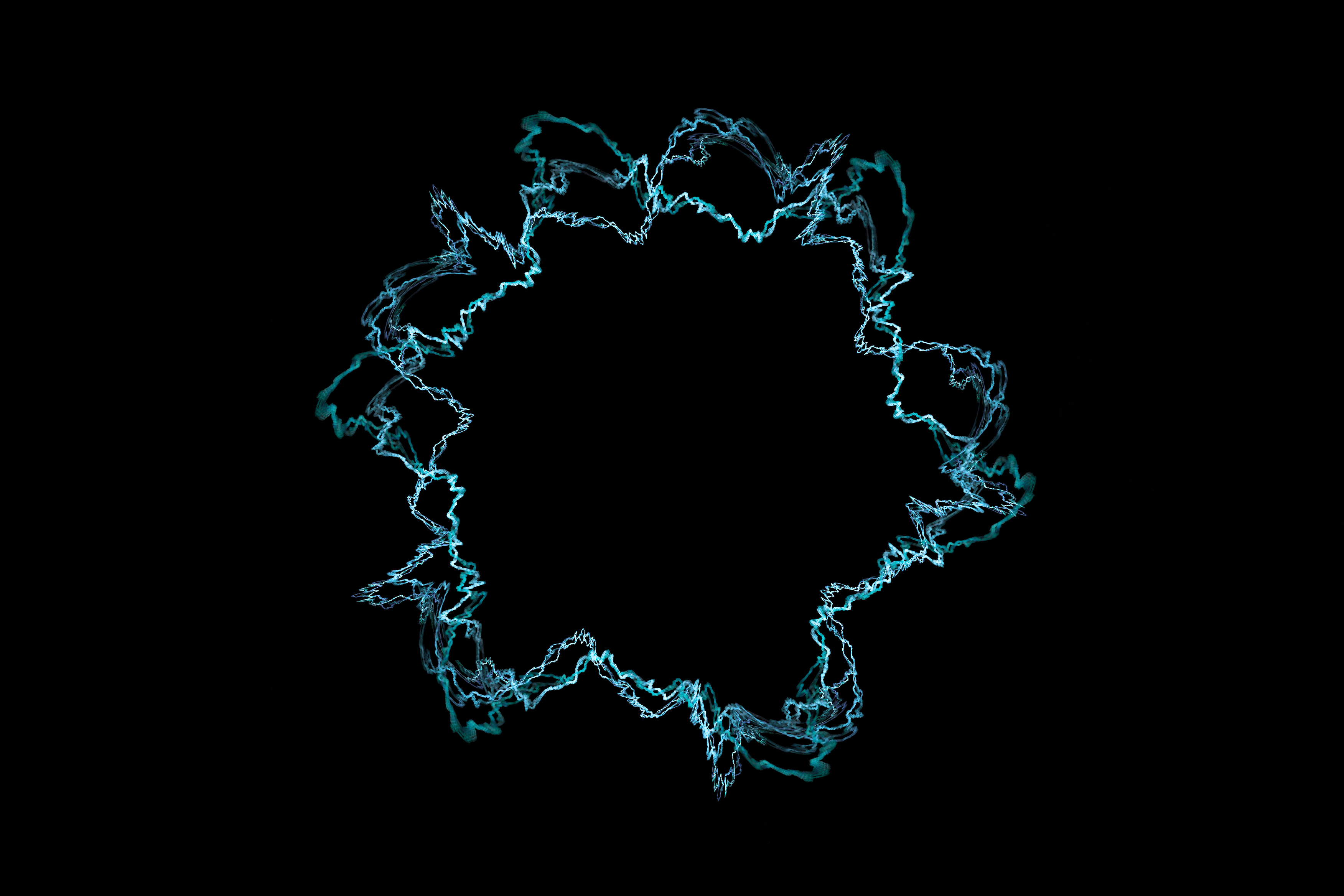 (This idea is controversial since no one has ever observed a string. Still, string theory offers convincing solutions to some outstanding scientific mysteries like quantum gravity - also referred to as a 'unified theory of everything' - so physicists are reluctant to scrap it just yet.)

Mathur's fuzzball black holes are actually giant, balled-up collections of strings. So, theoretically, when an object touches the surface of the fuzzball, its mass gets converted into light, generating a holographic copy of its former self. Other string theorists disagree, though.

Building upon Mathur's logic, a team of physicists at the University of California proposed in 2012 that anything falling onto the surface of a fuzzball would immediately be "burned to a crisp" and die. This group's 'firewall' theory divided the scientific community into supporters of fuzzballs versus supporters of firewalls.

One way to resolve the issue would be a scientific experiment.

"It is hard to check the fuzzball structure explicitly by an experiment," Mathur told Business Insider in an email. "One way would be if we could ever make tiny black hole in an accelerator like [those at] CERN."

Particle accelerators slam particles together at near the speed of light, which can generate extreme environments that are similar to the early Universe. Whether the world most powerful accelerators at CERN (European Organisation for Nuclear Research) can produce tiny black holes this way is questionable.

Regardless, there is a growing group of scientists around the world in support of Mathur's idea who are exploring different facets of the theory. The deeper they dig, the more likely they will discover the truth of fuzzballs.