What makes us human? A lot of people would argue it is the ability of our species to engage in complex behaviour such as using language, creating art and being moral. But when and how did we first become "human" in this sense?

While skeletal remains can reveal when our ancestors first became "anatomically modern", it is much harder for scientists to decipher when the human lineage became "behaviourally modern".

One of the key traits of behavioural modernity is the capacity to use, interpret and respond to symbols. We know that Homo sapiens have been doing this for at least 80,000 years.

But its predecessor in parts of Eurasia, the Neanderthal, a human ancestor that became extinct around 40,000 years ago, has traditionally been regarded as uncultured and behaviourally inferior.

Now our new study, published in Science, has challenged this view by showing that Neanderthals were able to create cave art.

The earliest examples of symbolic behaviour in African Homo sapiens populations include the use of mineral pigments and shell beads – presumably for body adornment and expressions of identity.

However, evidence for such behaviour by other human species is far more contentious. There are some tantalising clues that Neanderthals in Europe also used body ornamentation around 40,000 to 45,000 years ago.

But scientists have so far argued that this must have been inspired by the modern humans who had just arrived there – we know that humans and Neanderthals interacted and even interbred.

Cave art is seen as a more sophisticated example of symbolic behaviour than body ornamentation, and has traditionally been thought of as a defining characteristic of Homo sapiens.

In fact, most researchers believe that the cave art found in Europe and dating back over 40,000 years must have been painted by modern humans, even though Neanderthals were around at this time.

Unfortunately, we have a poor understanding of the origins of cave art, primarily due to difficulties in accurately dating it. Archaeologists typically rely on radiocarbon dating when trying to date events from our past, but this requires the sample to contain organic material.

Even when when it is – such as when a charcoal-based pigment has been used – it suffers from issues of contamination which can lead to inaccurate dates. It is also a destructive technique, as the sample of pigment has to be taken from the art itself.

Uranium-thorium dating of carbonate minerals is often a better option.

This well-established geochronological technique measures the natural decay of trace amounts of uranium to date the mineralisation of recent geological formations such as stalagmites and stalactites – collectively known as "speleothems".

Tiny speleothem formations are often found on top of cave paintings, making it possible to use this technique to constrain the age of cave art without impacting on the art itself. 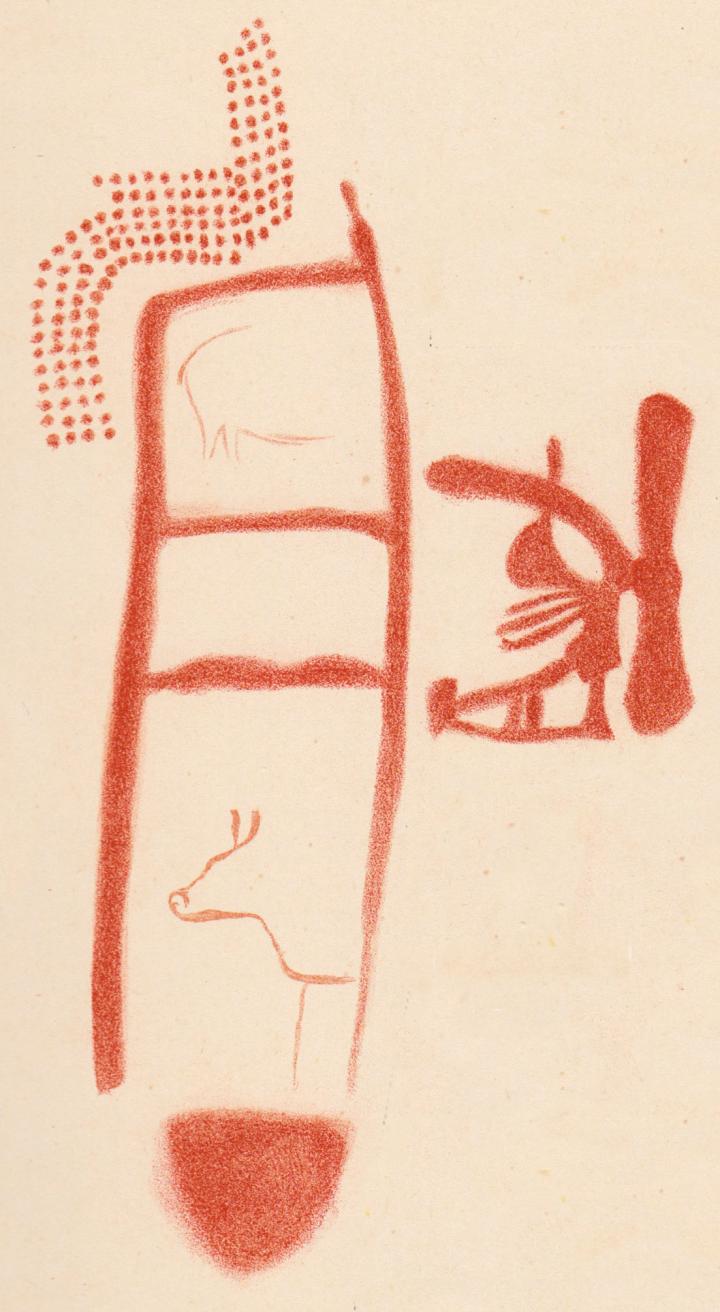 We used uranium-thorium dating to investigate cave art from three previously discovered sites in Spain. In La Pasiega, northern Spain, we showed that a red linear motif is older than 64,800 years.

In Ardales, southern Spain, various red painted stalagmite formations date to different episodes of painting, including one between 45,300 and 48,700 years ago, and another before 65,500 years ago.

In Maltravieso in western central Spain, we showed a red hand stencil is older than 66,700 years.

These results demonstrate that cave art was being created in all three sites at least 20,000 years prior to the arrival of Homo sapiens in western Europe.

They show for the first time that Neanderthals did produce cave art, and that it was not a one off event. It was created in caves across the full breadth of Spain, and at Ardales it occurred at multiple times over at least an 18,000-year period.

Excitingly, the types of paintings produced (red lines, dots and hand stencils) are also found in caves elsewhere in Europe so it would not be surprising if some of these were made by Neanderthals, too.

We don't know the exact meaning of the paintings, such as the ladder shape, but we do know they must have been important to Neanderthals.

Some of them were painted in pitch black areas deep in the caves – requiring the preparation of a light source as well as the pigment. The locations appear deliberately selected, the ceilings of low overhangs or impressive stalagmite formations.

Our results are tremendously significant, both for our understanding of Neanderthals and for the emergence of behavioural complexity in the human lineage.

Neanderthals undoubtedly had the capacity for symbolic behaviour, much like contemporaneous modern human populations residing in Africa.

To understand how behavioural modernity arose, we now need to shift our focus back to periods when Homo sapiens and Neanderthals interacted and to the period of their last common ancestor.

The most likely candidate for this ancestor is Homo heidelbergensis, which lived over half a million years ago.

It is perhaps also now time that we move beyond a focus on what makes Homo sapiens and Neanderthals different.

Modern humans may have "replaced" Neanderthals, but it is becoming increasingly clear that Neanderthals had similar cognitive and behavioural abilities – they were, in fact, equally "human".