Despite several cliff-scaling efforts to locate another of its kind, so far this native Hawaiian flower appears to be unique.

Found on one of the steep forested slopes of Helu that loom over Lahaina in West Maui, Hawaii, Cyanea heluensis was first discovered back in 2010 but it has only just been formally described.

Botanist Hank Oppenheimer and biologist Jennifer Higashino located it in a remote and deeply shady spot. Oppenheimer since used a specially developed paste to encourage new growth, from which they took a cutting in the hopes of propagating it at Olinda Rare Plant Facility.

After many attempts they managed to germinate a single seed from a fruit collected from the plant last year. 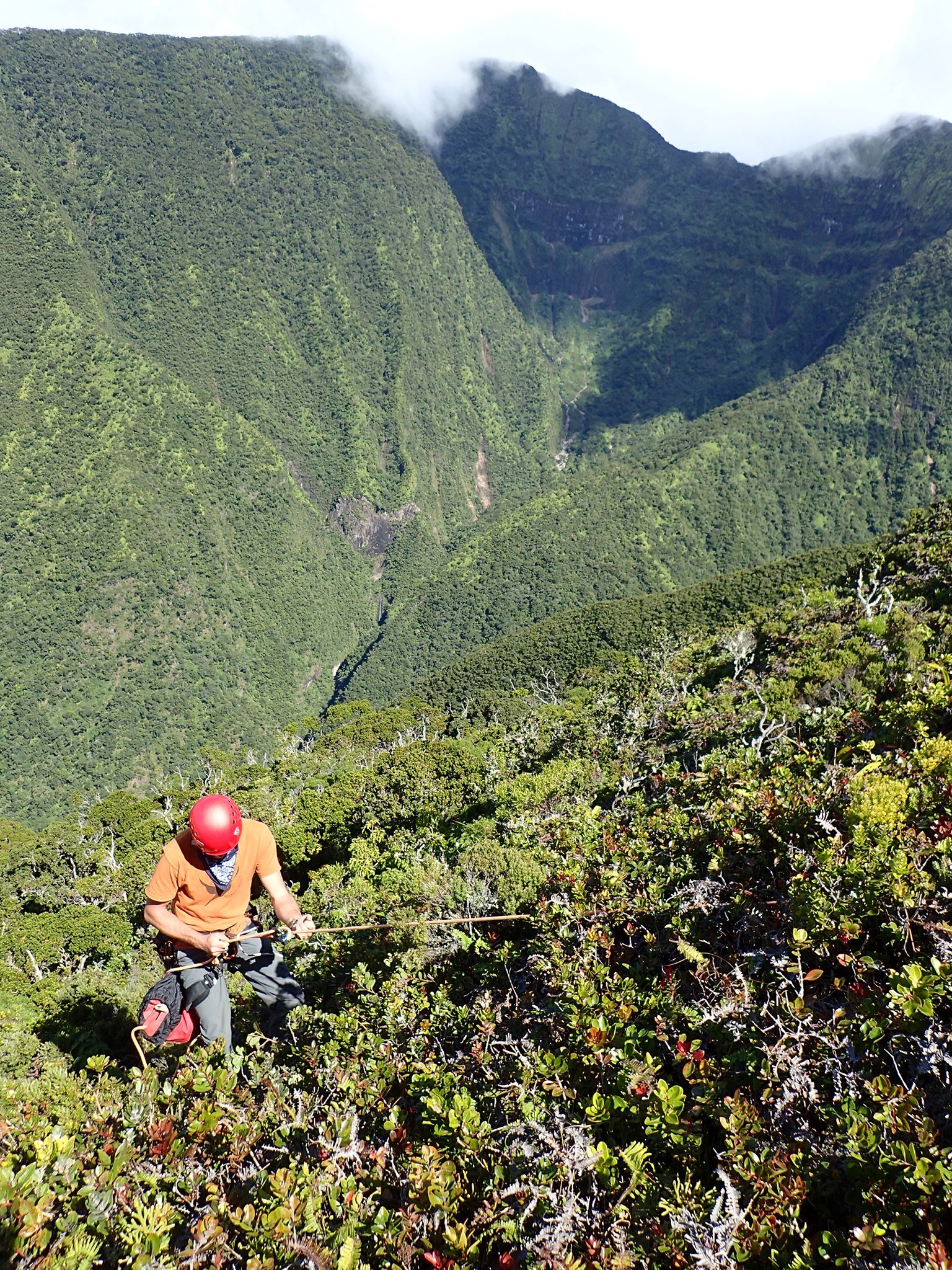 C. heluensis belongs to a group of plants called Cyanea, the most species-rich genus in Hawaii, that originated from a single introduction 8-10 million years ago. It has since diversified into 80 different species - some of which are found only on a single volcano.

"Dozens of native plants like this one are now only kept alive in nurseries," said Matthew Keir, Hawaii's Department of Land and Natural Resources Botanist on Facebook. "Just one natural disaster, like a hurricane, hitting a nursery could cause the extinction of many rare plants."

Oppenheimer recognised the leaves of C. heluensis were different to others of its genus when they first spied it from a distance through binoculars, and confirmed its uniqueness on closer inspection.

From mid-summer to October this tropical plant produces several hands' worth of finger-like white flowers, followed by fruits that start green and then mature into orange berries.

"Cyanea heluensis easily falls into the critically endangered category, which designates species facing a very high risk of extinction in the wild," Oppenheimer explains in his paper.

Plants like this one are also facing "probable loss and decline of most or all of its avian pollinators and dispersal agents, threats such as landslides and treefall, herbivory by alien slugs and rats, and competition with alien plants."

Conservation groups have been working hard to control some of the threats to this very lonely species, including weeding of invasive South American grass Cortaderia jubata, trapping rats and trying to control the goats and feral pigs that are encroaching on the area.

"Conservation of our ecosystems and the species that depend on them is vital to mankind's survival too," said botanist Steve Perlman from Plant Extinction Prevention Program.

"So few people study and know the flora and fauna well enough to recognize when a new species of plant, insect or bird lies in front of them... The age of discovery is not over!"

This research was published in Phytokeys.