Norway Is Building The World's Biggest Tunnel For Ships, And It's Absolutely Massive

Norway has formally announced its plan to build the world's largest tunnel for ships, paving the way for a gigantic 1.7-kilometre (1 mile) passageway to be dug underneath a rocky peninsula in the country's north-west.

The Stad Ship Tunnel, which is expected to cost some US$312 million to complete, will enable cruise liners, freight ships, and smaller vessels to take an underground shortcut through the Stad peninsula – avoiding the rough winds and waters of the Stadhavet Sea, the most treacherous stretch of Norway's coastline.

If that sounds like a long time to wait, spare a thought for the insane amount of rock and mountain that's going to need to be displaced to carve this thing. 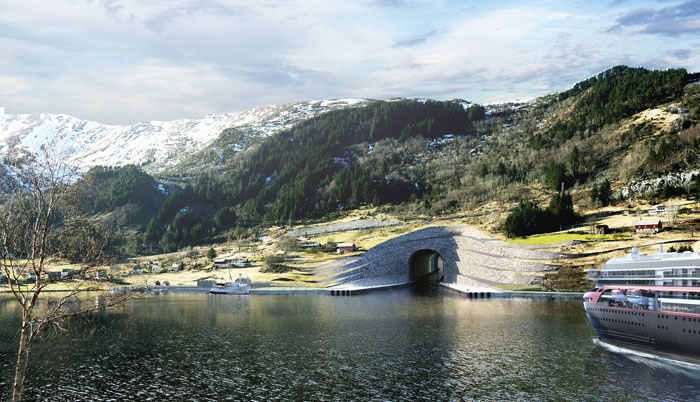 The Norwegian Coastal Administration (NCA), the body in charge of the project, says some 3 million cubic metres (106 million cubic feet) of rock will need to be burrowed through to dig the tunnel, weighing approximately 8 million tonnes in total once the passageway is finished.

The NCA says that will take three to four years to do, but once the tunnel is finished, approximately 100 passenger and freight ships every day will be able to skip the tumult of the exposed coastline by sailing through the narrowest point of the peninsula.

Large vessels will be given priority in passing through the tunnel, with smaller boats having to wait for passenger and freight ships, or will only get to use the tunnel at certain times, the planners suggest.

Usually when passageways are constructed for ships they're called canals, and they don't have roofs – but in this case making the canal a tunnel was a far more practical and cost-effective option, given that the mountainous terrain above the tunnel to heights of more than 335 metres (1,100 feet), meaning clearing a canal would have involved blasting through even more rock.

When construction begins, crews will begin drilling from both sides of the mountain and meet in the middle. Thresholds will be put in place to prevent water from entering the tunnel during the drilling.

Both ends of the tunnel will be fitted with concrete blocks and rubber bumpers to withstand the impact of an oncoming vessel, and ships travelling through the tunnel will be forced to observe minimum distances in front and behind, to prevent the risk of collision.

While opponents of the plan have criticised the tunnel for its expense, the NCA says the passage will ultimately save money, by providing a quicker means of travel, which is also safer. 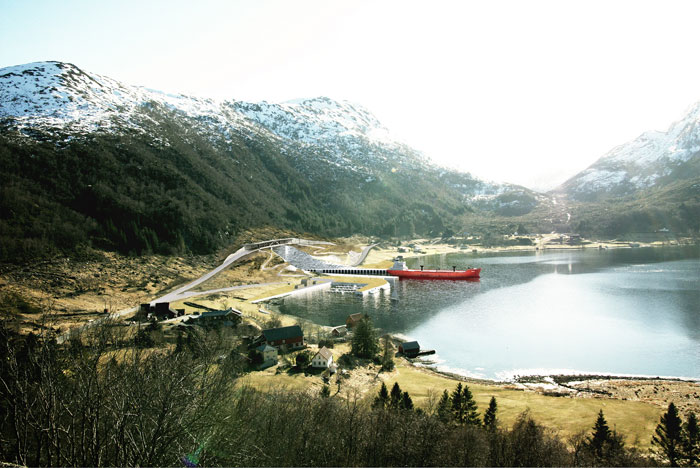 "The advantage is in bad weather conditions, during which you will save a lot of time and fuel," the head of the NCA, Terje Andreassen, told Liz Stinson at Wired.

It's not the first time we've seen Norway notch up impressive firsts in the world of transportation. The country has also made headlines for its ambitious plan to become the first nation to ban gas-powered cars, following moves to exclude cars from its capital, Oslo, while spending big to implement bicycle pathways.

As far as the underground shipping tunnel goes, Norse sailors and fishermen have reportedly longed for such a shortcut since as far back as the late 19th century – but now, after more than a hundred years of sailing the long way around, it looks like we're finally going to see it happen.