Our brain waves can synchronise with others when we're in conversation with them, according to new research. It's not quite mind reading, but it could teach us more about the nature of language and relationships.

Based on readings from electroencephalography (EEG) machines, the study shows remarkable similarities between brain activity as two people chat to each other – a sort of "interbrain synchronisation".

And according to the the researchers from the Basque Centre on Cognition, Brain, and Language (BCBL) in Spain, the findings could help in everything from treating those with speech difficulties to teaching new languages.

"The brains of the two people are brought together thanks to language, and communication creates links between people that go far beyond what we can perceive from the outside," says one of the team, Jon Andoni Duñabeitia.

"We can find out if two people are having a conversation solely by analysing their brain waves."

The team got together 16 men and 14 women, none of whom knew each other, with ages ranging from 19 to 31 years.

After being split into same-sex pairs, the volunteers were placed either side of an opaque partition and given conversation scripts to work from. The participants also took it in turns to be the listener and the speaker.

When tracking brain waves in the couples, the scientists noticed that the repeated waves or oscillations started to match up as people talked to each other. It's almost as if the brains are working together to achieve the goal of communication, the researchers say.

Star Trek fans might recognise similarities to the Vulcan mind-meld trick, where two people can share one consciousness, though without the face-grabbing.

The team labelled the phenomenon "brain-to-brain entrainment" in its write-up, and noted similarities with previous studies that had spotted some level of neural synchronisation when people get chatting together.

Whereas earlier research suggested our brains can adapt their patterns based on what we're hearing, this study points to something special about the act of socialising directly with other people, and the researchers want to see further studies explore the way we engage in one-on-one situations. 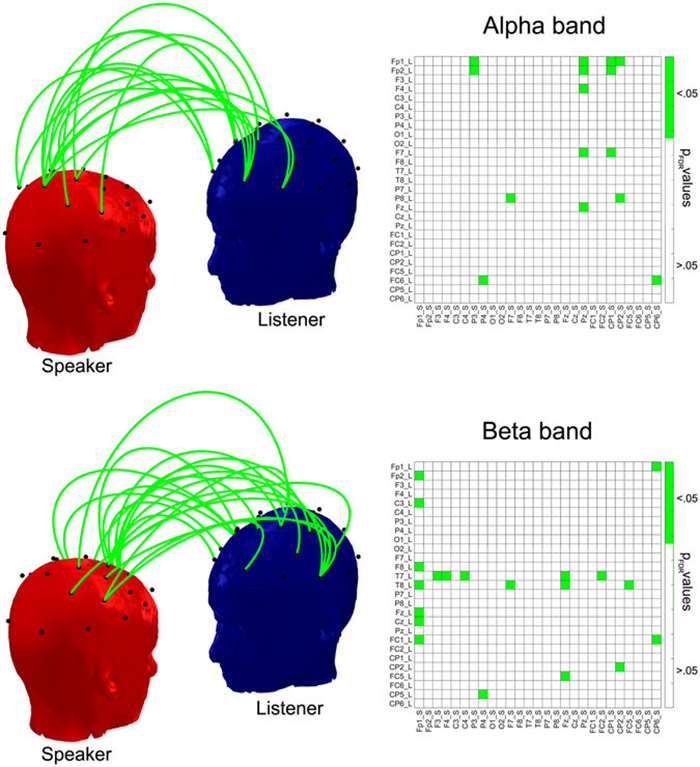 Eventually, we might be able to work out what people are talking about, as well as being able to spot who's engaged in conversation, from brain activity alone.

While any research that helps us understand the mysterious inner workings of the brain is going to be useful, we should note the relatively small sample size in this study – and the researchers themselves admit there's still a lot to explore.

And one of the next tests planned at the BCBL is to see if the same synchronisation happens when people are talking in non-native languages.

"Demonstrating the existence of neural synchrony between two people involved in a conversation has only been the first step," says one of the researchers, Alejandro Pérez. "There are many unanswered questions and challenges left to resolve."