Palaeontologists Have Unearthed a Distinctive Hook-Clawed Dinosaur in Montana

From the depths of time, out of the Hell Creek Formation, emerged the last of the hook-handed dinosaurs: Captain Hook… of the Prairie.

This fearsome creature had a tooth-filled snout and large, viciously hooked claws. But each talon sat at the end of the most ridiculously short and stubby, single-fingered hand.

For all its sharp bits and absurd limbs, Trierarchuncus prairiensis may have in fact been rather cute – if researchers' impressions of what it may have looked like can be believed – thanks to its primitive feather fluff and long tail.

It was only about three metres long - tiny compared to many of the other giant beasts that have been discovered in the Hell Creek rock formation, including many T. rex and Triceratops.

T. prairiensis's small simple teeth suggest they once stalked seas of grass, beside these larger beasts, in what's now Montana, USA, in search of precious tasty insect treasures to gobble, during the late cretaceous period 66 million years ago.

The group Alvarezsauria was previously only known from fragments and isolated fossils found in Asia and South America. Palaeontologists have now published a new paper on their discovery of a series of claws belonging to this newly named species.

Its name is made up of 'trierarch', a seafaring ship's captain in Greek, and 'uncus' meaning hook in Latin, translating to 'Captain Hook of the Prairie'.

The fluffy dinosaur's hooked claws are thought to have been for tearing apart vegetation, insect nests, and rotting wood - rather like anteater claws. 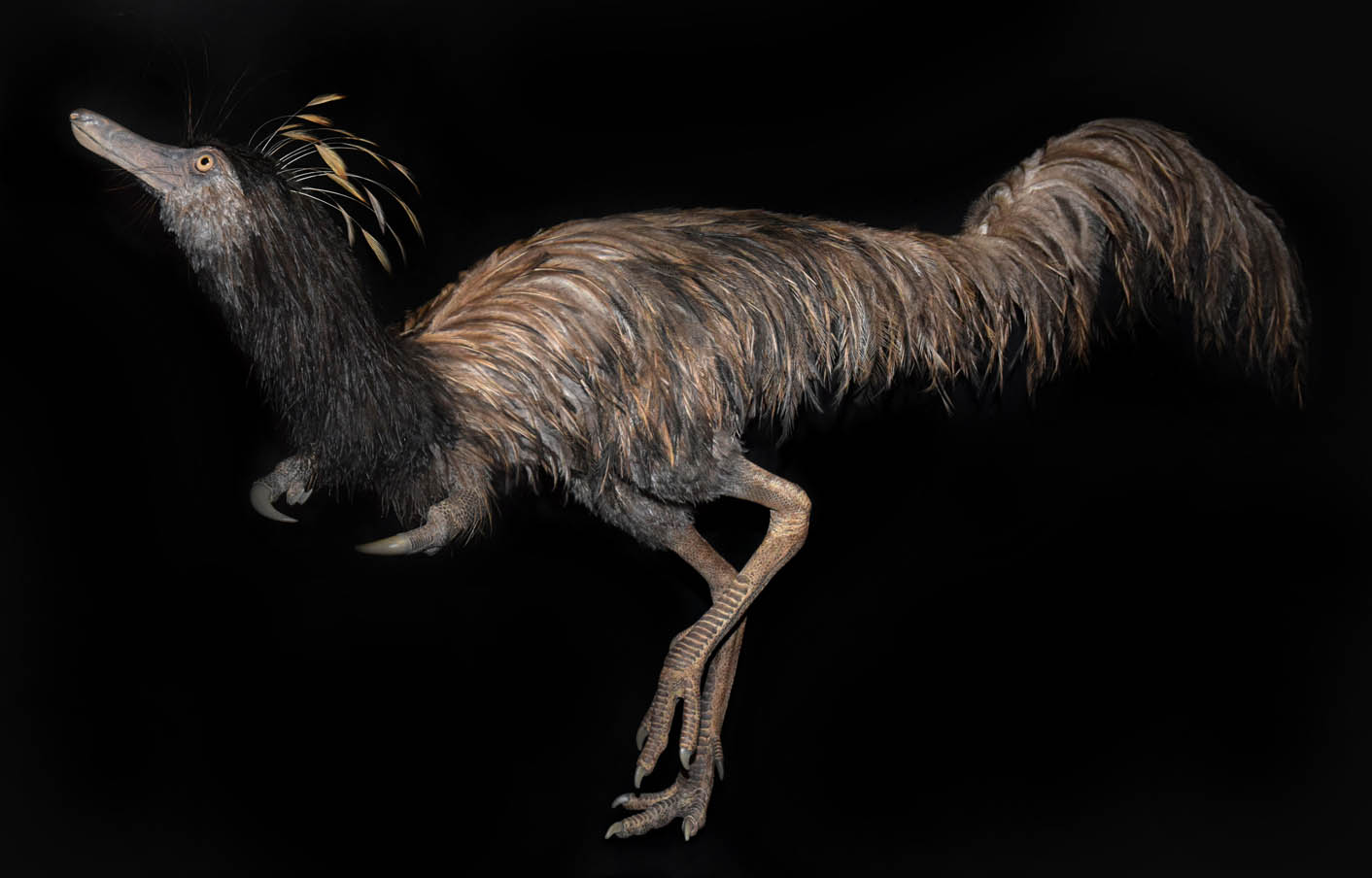 Palaeontologist Denver Fowler from the Badlands Dinosaur Museum and colleagues found the fossils in the uppermost layer of the Hell Creek Formation, making them the youngest known alvarezsaurid dinosaurs and among the last non-avian dinosaurs known to have existed before the infamous mass extinction event that wiped them out.

They are members of a dinosaur group called maniraptorans, which also includes dinosaurs that evolved into birds.

The series of forelimb claw fossils don't belong to one individual, because these ancient, weird creatures only had one finger - a thumb attached to tiny but powerful arms. The three claws showing changes in shape and texture as the animal grew in size. (Fowler et al, Cretaceous Research, 2020)

"The new fossils represent a growth series from juvenile to adult," the researchers explain in a press release.

"The fossils show that as Trierarchuncus grew its hand claw became more robust; blood vessel grooves on the sides of the claw became more deeply embedded in bone; and the claw surface developed from being smooth in young individuals, into a rough surface texture in adults."

These changes are significant because researchers have used such features to classify the different alvarezsaurid species. Some previous finds in this group may have been classified according to their juvenile forms - potentially making their classification inaccurate.

"Dinosaurs changed significantly through development," the researchers explain in their paper. "Young individuals may appear morphologically more similar to their ancestors than to adults of their own species."

An important point for palaeontologists to keep in mind when sorting which fossil belongs to which species.

This research was published in Cretaceous Research.