Tiny parasites could be hitchhiking on microplastics floating in the ocean and then hopping to ocean life.

Under laboratory conditions, researchers have shown three common germs – Toxoplasma gondii, Giardia, and Cryptosporidium – are more than capable of adhering to synthetic microbeads and microfibers.

This may not be happening in the real world, but the study is the first to demonstrate that path of transmission is at least possible.

Since fish and shellfish are regular carriers of microplastics, the authors worry about what their results could mean for animal and human health.

"It's easy for people to dismiss plastic problems as something that doesn't matter for them, like, 'I'm not a turtle in the ocean; I won't choke on this thing,'" explains Karen Shapiro, an infectious disease expert at the University of California, Davis.

"But once you start talking about disease and health, there's more power to implement change. Microplastics can actually move germs around, and these germs end up in our water and our food." 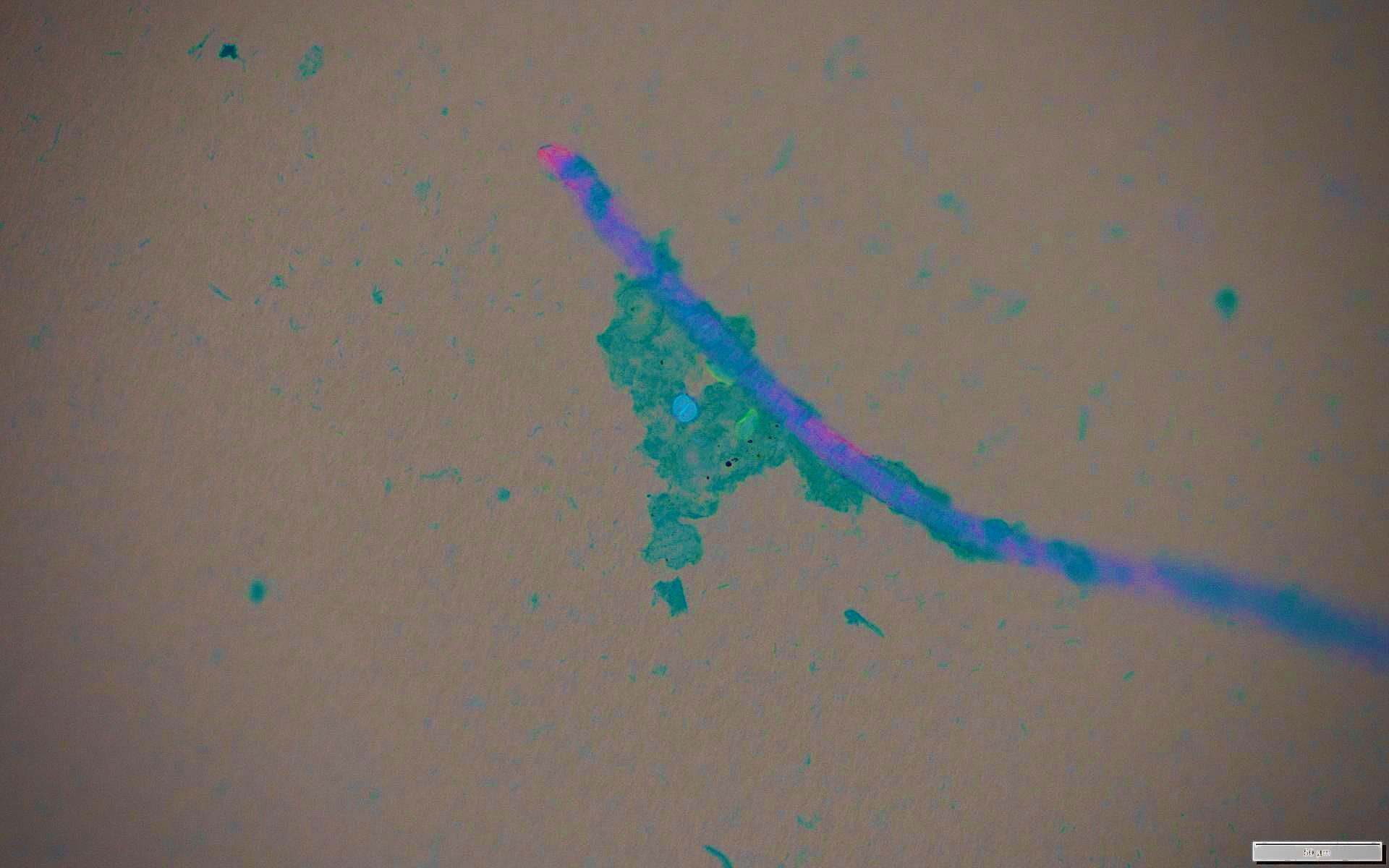 Image above: A microscopic view of a plastic fiber covered with a fuzzy blue biofilm, attached to pathogens T. gondii (blue dot) and Giardia (green dot).

To test the idea, researchers conducted a series of laboratory experiments, in which they introduced pathogenic protozoans to microplastics bathed in seawater.

The three pathogens the team chose to study are recognized by the World Health Organization as underestimated causes of illness from shellfish consumption.

Toxoplasma gondii infects warm-blooded animals, like marine mammals and also humans. In us, the parasite can cause cysts to form in our skeleton, brain, and eyes.

Meanwhile, Giardia and Cryptosporidium (known as crypto for short) can both cause diarrheal disease in our species.

All three germs were found to attach to microplastics in laboratory experiments, though more parasites adhered to polyester microfibers than polyethylene microbeads.

The former type of plastic usually derives from human clothing and gear, while the latter type is commonly from cosmetic products.

This isn't the first time that microplastics have been found to transport contaminants in the marine environment.

In 2009, studies found plastic pollution was transporting and leaching chemicals into the marine environment.

In 2013, researchers began warning that the great ocean garbage patch was hosting a new ecosystem of algae and bacterial life, known as the 'plastisphere'.

Some of these microplastics might float at the surface of the ocean, while others might sink to the bottom. Either way, filter-feeding animals that snatch tiny bits of food from the ocean are likely to grab some microplastics by accident. If the pollutant is also carrying a parasite, the effects to the food web could be disastrous.

"When plastics are thrown in, it fools invertebrates," says Shapiro. "We're altering natural food webs by introducing this human-made material that can also introduce deadly parasites."

As if we needed another reason to worry about microplastics.