Even when there's not a cloud in the sky, there's always water circulating in the atmosphere.

Compared to all the H20 on Earth, there isn't much up there – only about 0.001 percent – but in areas of high humidity, even that small amount of moisture could be enough to provide safe drinking water for a billion people.

The hydration is there for the taking. All we need to do is figure out how to get it.

If we can create a cost-effective, off-grid device that uses solar power to harvest liquid from the heavens, a new paper estimates we could produce 5 liters (1.3 US gallons) of water per day in regions lacking clean water sources.

Alas, it won't work everywhere. There seem to be diminishing returns to atmospheric water harvesting devices in places that are too dry, specifically those regions that are below 30 percent relative humidity.

In the tropics, however, such hypothetical devices could hydrate millions. Two-thirds of people without safely managed drinking water currently live in tropical areas, especially in Africa, South Asia, and Latin America.

At Google and some small start-ups, researchers are already working on prototypes. The Alphabet-owned device is only a meter squared and uses just a few solar photovoltaic cells to generate power and liquify water pulled from the air.

When the team tested the emerging technology last year, they produced 150 milliliters of water per hour per square meter.

A new paper from the authors has now used a geospatial tool to calculate the potential of these devices given global patterns of humidity, air temperature, and solar radiation.

Their initial conclusions will need to be verified by further work, but the findings suggest if a cost-effective, off-grid device can be designed, scaled, and run throughout the day, it could serve to hydrate roughly half of all the people in the world who are currently without access to clean sources of water.

The water pulled from the air won't be enough for people to use on crops or for cooking or cleaning, but with continued technological developments, researchers think these prototypes could one day provide sufficient drinking water for roughly a billion people. 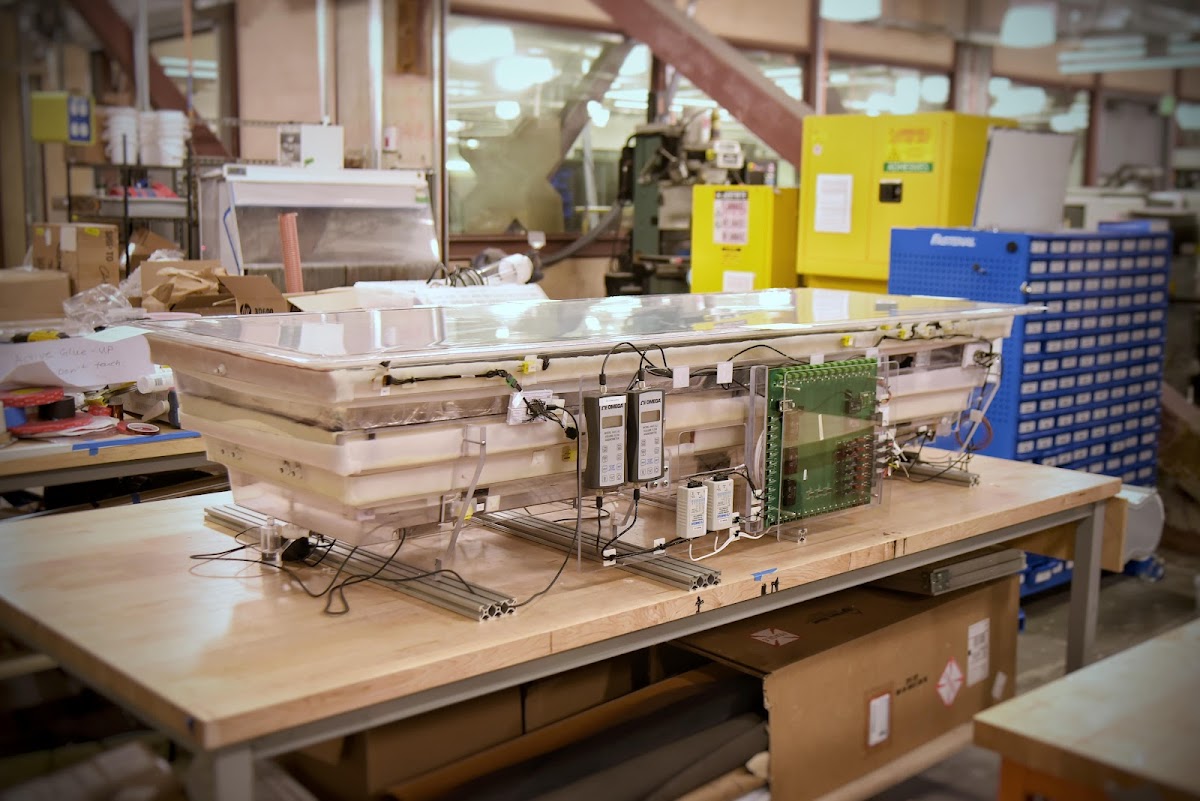 The most recent prototype of an atmospheric water harvester from Alphabet. (X)

Unfortunately, as of now, these devices are too expensive to make that a reality. Still, researchers at Google's "Moonshot Factory" argue current prototypes have the potential to be low-cost.

These devices only include a few moving parts and are made from widely available materials. The manufacturing process just needs to be scaled up, and while that will require time and money from investors, the authors argue it's worth the effort.

Currently, about 2.2 billion people in the world are without access to safely managed drinking water. Inland areas separated from the coastline are especially vulnerable, but even in the tropical Pacific, rising seas from climate change threaten to engulf freshwater sources on numerous islands.

A device that allows locals to pour a drink from the sky could ultimately save millions of lives and keep some regions of the world habitable for much longer amid a global climate crisis.

Given the uncertainty of clean drinking water in the future, we would be foolish not to keep pursuing the potential of these prototypes.

The ultimate dream is to create an atmospheric water harvester that can work in arid and humid regions alike, producing water at a cost of a cent per liter.

Right now, researchers at the Alphabet-owned company, X, are stalled at 10 cents a liter, so they have decided to share the blueprints with the world. Their hope is that someone can take what they've learned so far and make it profitable.