As Small as a Grain of Rice, This Newly Discovered Seahorse Will Totally Make Your Day

Sometimes, you need a reminder that the world isn't all bad.

Today, the reminder we bring you is this adorable 'Japan pig' – a brand new species of pygmy seahorse just discovered in southeastern Japan.

"Japan is recognised as a global hotspot of marine biodiversity, with 53 recorded species of syngnathids, including ten species of seahorses of which four are true pygmy seahorses," explain the international team of researchers in their paper.

"This free-living species has been previously observed by local scuba divers from southern to central-eastern Japan."

Researchers have named this little creature Hippocampus japapigu, Latin for 'Japan pig'. The name came about thanks to the divers who first saw the minuscule animal and noted its resemblance to a teeny tiny baby pig.

And oh boy, is it tiny. These pygmy seahorses are approximately the size of a grain of rice, around 15 millimetres long. Their flattened shape and kaleidoscopic colouring disguise them as tiny bits of seaweed, making them easy to overlook.

But even at such a tiny size, their colouring is pretty spectacular. It's "very special", says Kevin Conway, researcher and curator of fishes at Texas A&M University to National Geographic. 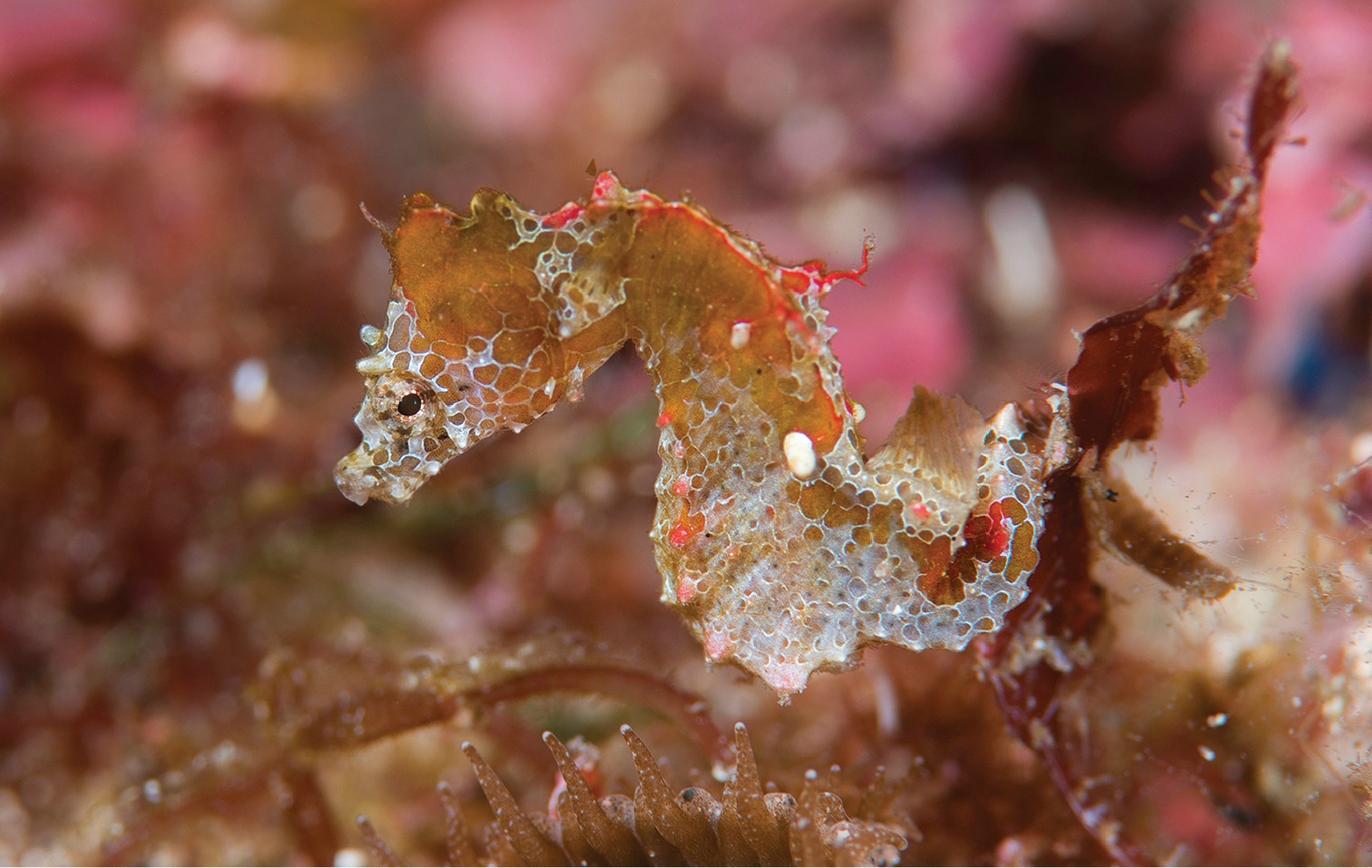 The Japan pig was found when researchers were doing surveys of marine life around 287 kilometres (178 miles) south of Tokyo. They hang out in soft coral and algae reefs, around 5 to 22 metres deep.

Pygmy seahorses have wing-like structures on their backs; most of them have two pairs, whereas these newly discovered ones have just one.

"The new species can be further differentiated by… a striking reticulated white and brown lattice pattern on the head, trunk, and tail," explain the researchers.

But despite their tiny appearance and only recent classification, "they are not rare," Graham Short, ichthyologist at the California Academy of Sciences, told National Geographic. The researchers don't know much about the seahorses, but we do know that they eat plankton and "they seem to be quite active, even playful," Short adds.

"Really almost nothing is known about pygmy seahorses in general."

Still, this is the fifth species of pygmy seahorse recorded in Japan, and we're sure it won't be the last.