Researchers Just Made Batteries From Mushrooms... And They're Surprisingly Good

Researchers in the US have created a new type of lithium-ion battery that uses portabella mushrooms - yes, you read that right - instead of the graphite that currently forms the batteries inside our mobile phones. And while it sounds like the type of idea you might hear at a high school science fair, evidence suggests that these new batteries might actually last longer than traditional batteries, and could give our phones better battery life as they age.

And that's not all - the mushroom batteries are also incredibly cheap, easy to make, and, best of all, they're pretty much biodegradable. Which will make a big difference to the environment as our demand for batteries skyrockets with the 6 million electric vehicles predicted to be built by 2020.

Now, we know what you're thinking - how the hell do you make a battery out of a mushroom? And why? Well, it's actually not as weird as it sounds.

In a normal lithium-ion battery, you have a positive and a negative electrode - also known as the anode and the cathode. These electrodes move the charged lithium atoms back and forth, either releasing or storing energy depending on the direction.

Traditional anodes are made from synthetic graphite, which works well enough, but is expensive to make and has to be treated with harsh chemicals, including hydrofluoric and sulphuric acids - a process that produces a whole lot of hazardous waste.

So researchers have become interested in replacing the synthetic graphite with something cheaper and more environmentally friendly. And a team at the University of California, Riverside decided that mushrooms might be a good alternative, because they're incredibly porous. That means they have a lot more space for the lithium ions to move into, and therefore a lot more potential to store and transfer energy. 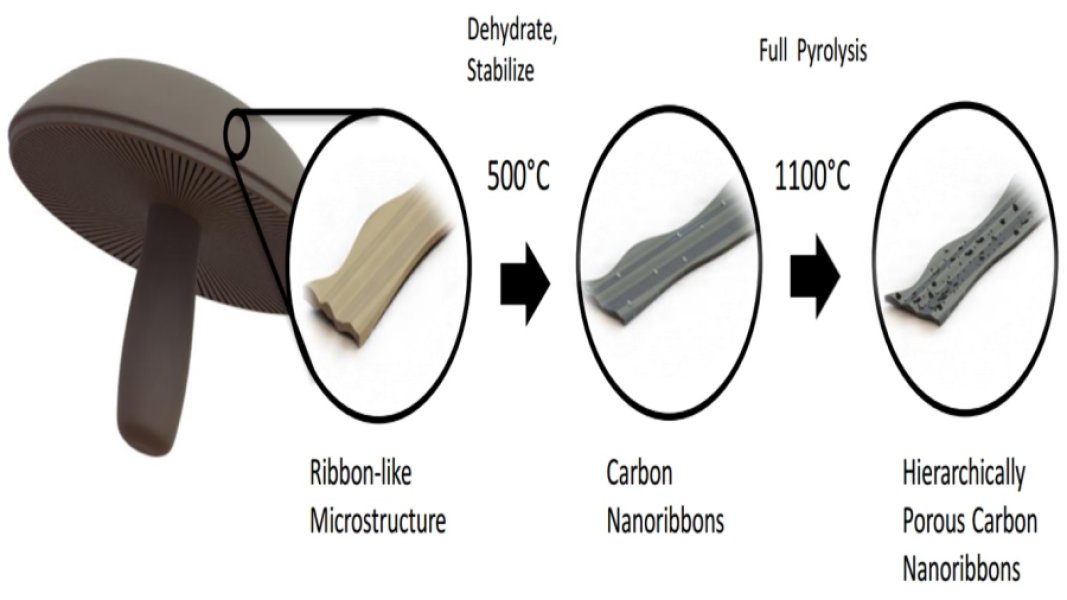 Mushrooms also happen to have a high potassium salt concentration, which means that, over time, even more pores open up in the material, gradually increasing the battery's capacity the more it's used.

"With battery materials like this, future cell phones may see an increase in run time after many uses, rather than a decrease, due to apparent activation of blind pores within the carbon architectures as the cell charges and discharges over time," one of the research team, Brennan Campbell, said in a press release.

So far, the battery is still in its infancy, and even though the team has shown that the batteries are able to get more porous and store more energy the more they're used, they're nowhere near as efficient as traditional lithium-ion batteries just yet.

The next step will be to optimise the system, and find out whether it really could be a contender for the battery of the future. But the team has already filed patents for their invention, which they've detailed in Scientific Reports.

Despite our skepticism, the results seem pretty promising. And we suppose that if the team can find a way to make batteries cheaper, longer lasting, and more environmentally friendly, then we can find a way to stop laughing every time we say the word mushroom battery. It's the least we can do.