They've been on display in an Italian museum for decades, but after extensive new analysis, researchers say that a pair of 3,200-year-old limbs could well belong to Queen Nefertari, one of ancient Egypt's most famed beauties (not to be confused with Pharaoh Akhenaten's wife Queen Nefertiti).

To help solve the mystery of who the mummified legs belonged to, experts from around the world ran a series of tests covering radiocarbon dating, paleopathology (the study of ancient diseases), genetics, chemistry, and Egyptology.

The researchers' findings "strongly speak in favour" of the remains belonging to Queen Nefertari, they report. That's not a complete surprise, as they were discovered in her tomb in 1904, but this is the first time we've had actual scientific evidence.

"Nefertari is one of the truly great and important queens of Egypt and plays in the league of Hatshepsut, Nefertiti and Cleopatra," Egyptologist Michael Habicht, from the University of Zurich in Switzerland, told Rossella Lorenzi at Seeker.

The Queen was the first wife of Pharaoh Ramesses II, who reigned from 1279 BCE to 1213 BCE, and her body was laid to rest in the Valley of the Queens in a tomb known as QV66, where these mummified remains were found. 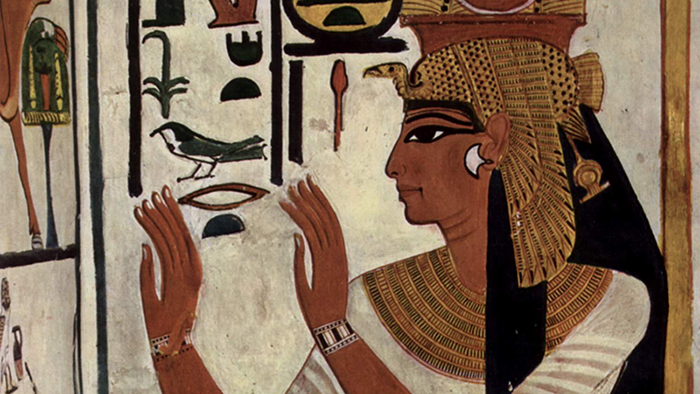 However, between Nefertari's death – estimated to be around 1255 BCE – and the discovery of the tomb in 1904, it was extensively looted, with the mummy itself ripped up and thrown around by robbers.

To make identification even more complicated, there has been a suspicion that remains from older tombs could have been washed into QV66 by rain and mudslides.

The fragments eventually retrieved and now analysed by archaeologists included parts of thigh bone, a kneecap, and a proximal tibia, the part just below the knee.

One of the tests carried out was an estimation of the body height based on the proportions of the bones. They indicated a woman of around 165 centimetres to 168 centimetres (5 foot 5 inches to 5 foot 6 inches) in height.

That makes Nefertari taller than 84 percent of the women of her time, the researchers say.

Other clues included traces of the artery condition arteriosclerosis discovered via X-ray, suggesting someone between 40 and 60 years old, and embalming fluids consistent with those believed to have been used during the Ramesside period.

Sandals made from grass, palm leaf, and papyrus found at the scene are typical of the style of Nefertari's time, according to the experts, and they estimate they're around a US size 9, which is again consistent with someone of the Queen's height and build.

Not all the tests were successful, though. DNA testing proved inconclusive because of contamination, and that together with the disturbed burial site means experts can't say for certain that these are the remains of Queen Nefertari – just that it's very likely.

The radiocarbon dating was off by about 200 years too – though the researchers think this might be because we've got the timings of the ancient Egyptian dynasties wrong, and point out in their paper that embalming agents or even the Queen's diet could have caused inaccuracies.

"The most likely scenario is that the mummified knees truly belong to Queen Nefertari," Habicht told Seeker. "We have the fact that the remains were found in her tomb, together with objects naming her alone and no one else."

The results of the research have now been published in PLOS ONE.