Gene editing has the power to completely reshape our world.

It promises everything from fixing the genetic faults that lead to disease, to destroying disease-causing microbes, to improving the nutrition of the foods we eat and even resurrecting extinct species like the wooly mammoth - all largely thanks to the genetic editing tool CRISPR, which has both popularized this work and made it possible.

Now, researchers in Japan have developed a new gene editing technique that uses CRISPR alongside a DNA repair system to modify a single DNA base in the human genome, with what the team's press release calls "absolute precision."

The new technique, described in the journal Nature Communications, is known as known as MhAX, or Microhomology-Assisted eXcision.

This method came from a group of researchers working to better understand how single DNA mutations known as single nucleotide polymorphisms (SNPs) contribute to hereditary disease. To prove that a SNP causes disease, you need to compare genetically matched "twin" cells.

Yet because these twins differ by only a single SNP, they are incredibly difficult to make. MhAX came out of this difficulty, providing a new pathway to create twin cells.

To make these very precise edits, an SNP modification is first inserted alongside a fluorescent reporter gene that helps researchers to identify modified cells.

The researchers engineered a duplicate DNA sequence known as a microhomology (hence the technique's name) on each side of the fluorescent gene, targeting sites for CRISPR to go in and cut DNA. 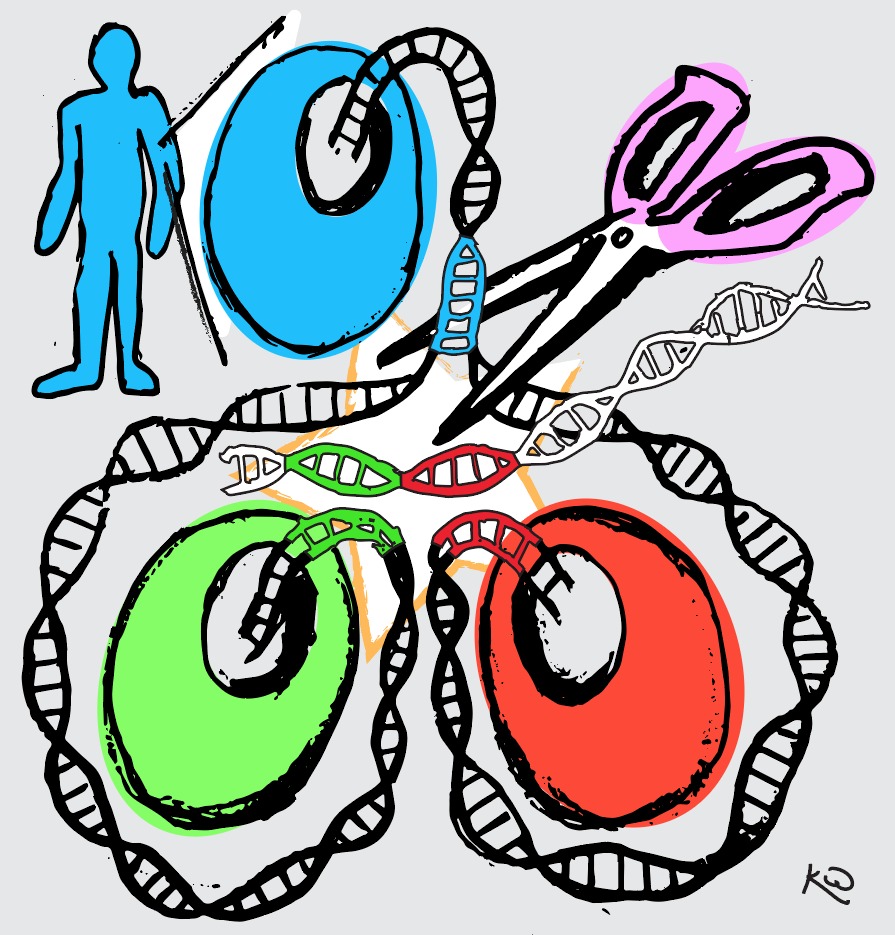 The researchers were then able to use a DNA repair system known as microhomology-mediated end joining (MMEJ) to remove the fluorescent gene. That left only the single-base edit, in the form of an SNP, behind.

The targeting and removal of this singular gene is truly exact.

"Our goal is to generate gene editing technologies which improve our understanding of disease mechanisms, and ultimately lead to therapies," said Dr. Knut Woltjen, who led the research, in the press release.

"We're confident that MhAX will have broad applicability in current human disease research, and beyond."