There are more pieces of plastic in the ocean than stars in the Milky Way galaxy.

Up to 14 million tons of plastic enters the ocean annually, 40 percent of which is considered "single-use", which means it goes into the water within the same year that it was produced.

Most plastics never fully break down; they just fragment into smaller pieces called microplastics (5 millimetres across or smaller). Microplastics have been found in every corner of the globe, from the deepest part of the Mariana Trench to the top of the French Pyrenees.

Addressing this plastic pollution problem, of course, requires limiting plastic production. But innovators are also exploring ways to clean up plastic and microplastic that's already in the ocean.

In a new study published in the journal Matter, scientists describe a new type of nanotechnology that could help: tiny magnetic "nano-coils" that create chemical reactions in order to break down microplastics in the ocean. The process converts the plastic into carbon dioxide and water.

Xiaoguang Duan, a co-author of the new study, told Business Insider that although the technique is still in its infancy, the study "provides a possible solution to tackle a global problem."

Nano-tech refers to anything smaller than one billionth of a meter, or half the width of a human hair.

In this case, Duan and his team created microscopic nanotubes made of carbon and shaped like bed springs (which is why they're called nano-coils). 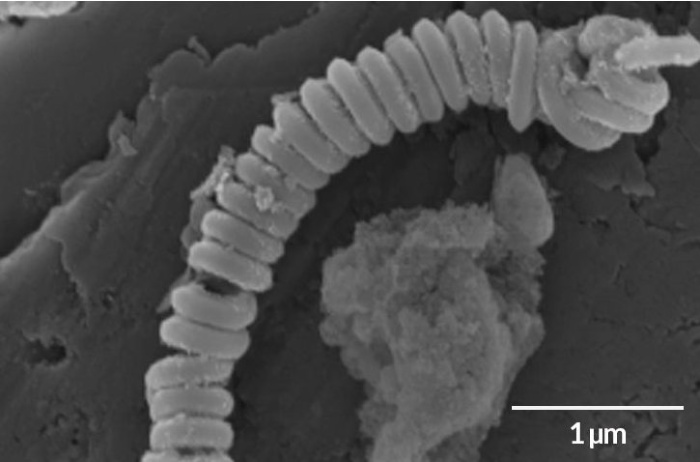 The tubes are coated with nitrogen and a magnetic metal called manganese. These two chemical compounds interact with the nano-coils to create highly reactive oxygen molecules, which in turn attack microplastics.

The process converts the plastic pieces into harmless salt compounds, Co2, and water.

Duan and his team added the nano-coils to water samples contaminated with microplastic pollutants, and observed a 30 percent to 50 percent reduction in microplastics over a period of eight hours. The scientists then easily removed the nano-coils from the water using magnets for later re-use.

Duan said more testing is needed before this technology could be ready to use in wastewater treatment plants or the ocean, but that's their goal in the long-term.

"Our current study is still at a proof-of-concept stage in a lab scale," he said.

Alarming quantities of microplastic have been found in a number of unexpected places, including scarcely populated islands in the Indian Ocean (where scientists found upwards of 414 million pieces of trash) and the guts of tiny animals living in the deepest part of the Pacific Ocean, some 36,000 feet down.

A 2015 study estimated that there's between 15 and 51 trillion pieces of microplastic in the world's oceans, weighing up to 261,000 tons.

Microplastics are a problem for marine life: A 2013 study found that marine animals can accumulate potentially hazardous chemicals from eating those plastics. That can lead them to suffer from tumours and liver problems.

Much of the fish and shellfish we ingest contain microplastics, and the tiny pollutants have shown up in our poop, according to the Smithsonian Institute. Scientists don't yet know the full consequences microplastics pose to human health.

Duan's team isn't the only one researching potential solutions to the plastic crisis.

Boyan Slat, a 24-year-old entrepreneur, launched The Ocean Cleanup project six years ago. His organisation aims to clean up the Great Pacific Garbage Patch, a trash-filled vortex more than twice the size of Texas. 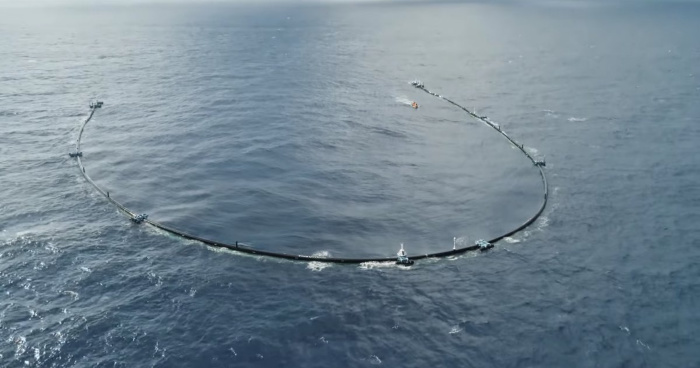 Another option, from the winner of Google's 2019 Science Fair, is similar to what Duan's team is proposing. Fionn Ferriera, an 18-year-old from Cork County, Ireland, found that by combining oil with a magnetic compound called magnetite and adding that solution to water, he was able to extract about 90 percent of microplastics in water using magnets.

"At this stage, I believe all the possible solutions should be considered and encouraged," Duan said.

But he added that none of these innovations should be seen as an excuse to continue ramping up the production and use of single-use plastics.

"Prevention is always the best solution," he said.