Scientists have created new kinds of 'living materials' by tweaking the base ingredients of kombucha – the popular tea drink fermented with a symbiotic culture of bacteria and yeast (aka SCOBY).

This kind of 'tea fungus' – sometimes called 'kombucha mother' – can do a lot more than just produce sour-tasting beverages, it seems.

By modifying the mixture of the culture, researchers were able to make engineered living materials (ELMs) that could one day have all sorts of practical applications, such as sensing light or detecting contaminants.

Better still, the scientists say these living materials can easily be made at home, much like tending a sourdough starter in your kitchen. 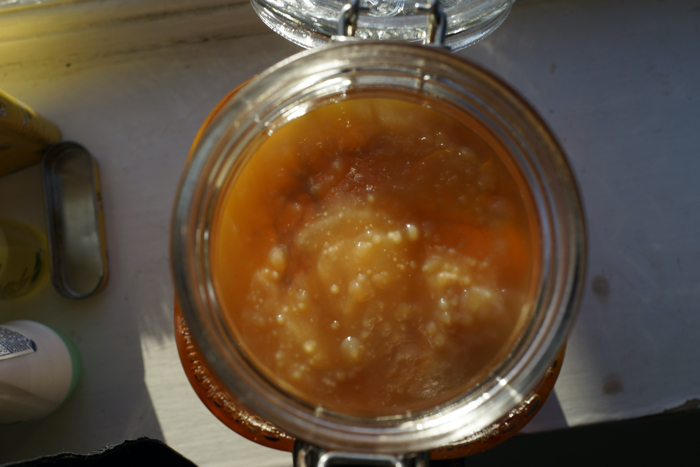 "Although we are still far from a future in which people can cheaply grow their own biological sensors, our new system moves us forward by creating materials that are scalable and therefore more likely to be useful in the real world," says co-first author and synthetic biologist Charlie Gilbert from Imperial College London.

The roots of the current work trace back to 2014, when researchers at MIT engineered Escherichia coli cells to generate biofilms embedded with non-living structures such as gold nanowires.

While the innovation showed what ELMs were capable of, it did so at a microscopic scale, rendering the fabricated materials virtually useless for practical purposes.

The challenge was to do the same thing on a much larger scale, which led researchers eventually to experimentation with kombucha – or, rather, to the symbiotic culture that serves as its mother.

"We think this is a good system that is very cheap and very easy to make in very large quantities," says co-first author and biological engineer Tzu-Chieh Tang from MIT.

"It's at least a thousand times more material than the E.coli system."

To create their ELMs, the researchers experimented with a strain of laboratory yeast called Saccharomyces cerevisiae, combining it with the bacterium Komagataeibacter rhaeticus.

With lots of trial and error – involving finding the right ratio of yeast to bacteria, and experiments to perfect the density of the SCOBY mixture – the researchers eventually succeeded.

Within the engineered culture – called Syn-SCOBY – the bacteria produce large-scale amounts of cellulose, which acts as a scaffold structure, within which S. cerevisiae and its enzymes can perform various (programmed) functions, such as sensing chemicals in pollutants or pathogens, or making a protein that glows in the presence of blue light.

It's early days, but this kind of system points to the future possibility of advanced, so-called 'smart' materials being locally made in the comfort of people's homes, rather than requiring resource-intensive manufacturing in a factory far away.

"Pretty much everyone can do this in their kitchen or at home," Tang says. "You don't have to be an expert. You just need sugar, you need tea to provide the nutrients, and you need a piece of Syn-SCOBY mother."

The findings are reported in Nature Materials.