Volcanoes rank among the most destructive and awe-inspiring phenomena on the planet. But these fiery fissures do much more than just destroy. They also create.

In a new study, researchers in Russia report the discovery of one such creation – an unusual mineral never before documented by scientists: an alluring, vibrantly blue-and-green crystallised substance the team have called petrovite.

The mineral was found in the volcanic landscape of Russia's far east, atop the Tolbachik volcano in the Kamchatka Peninsula. 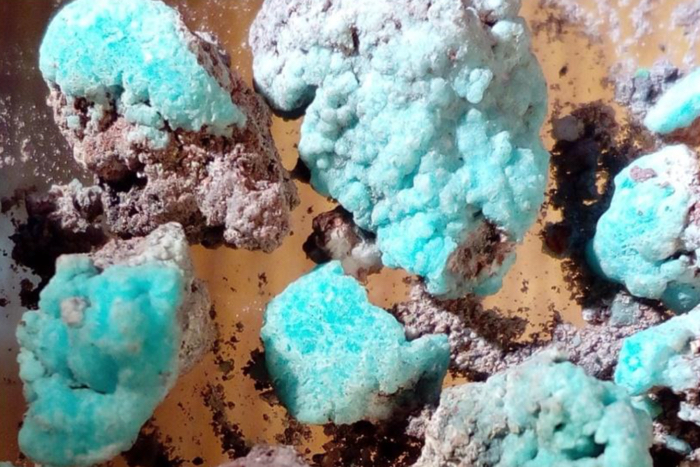 Tolbachik's eruptive history traces back thousands of years, but in recent times, two notable events stand out: the 'Great Tolbachik Fissure Eruption' of 1975–1976, and a second, lesser follow-up that took place between 2012–2013.

The force of eruptions during the first event tore numerous cinder cones in the volcanic complex, opening up rocky terrain that's since been discovered to be a rich vein of fumarole deposits and unknown minerals never seen anywhere else.

In total, the Tolbachik volcano lays claim to 130 type locality minerals that were first identified here, the latest of which is petrovite, a sulfate mineral that takes shape as blue globular aggregates of tabular crystals, many holding gaseous inclusions.

The specimen studied here was discovered in 2000, near the second cinder cone associated with the 1975 eruption, and was stored for later analysis. It may have been a long time coming, but that analysis now reveals that this vibrantly blue mineral exhibits peculiar molecular hallmarks only rarely seen before now.

The copper atom in the crystal structure of petrovite has an unusual and very rare coordination of seven oxygen atoms," explains lead researcher and crystallographer Stanislav Filatov from St Petersburg University.

"Such coordination is characteristic of only a couple of compounds, as well as of saranchinaite." 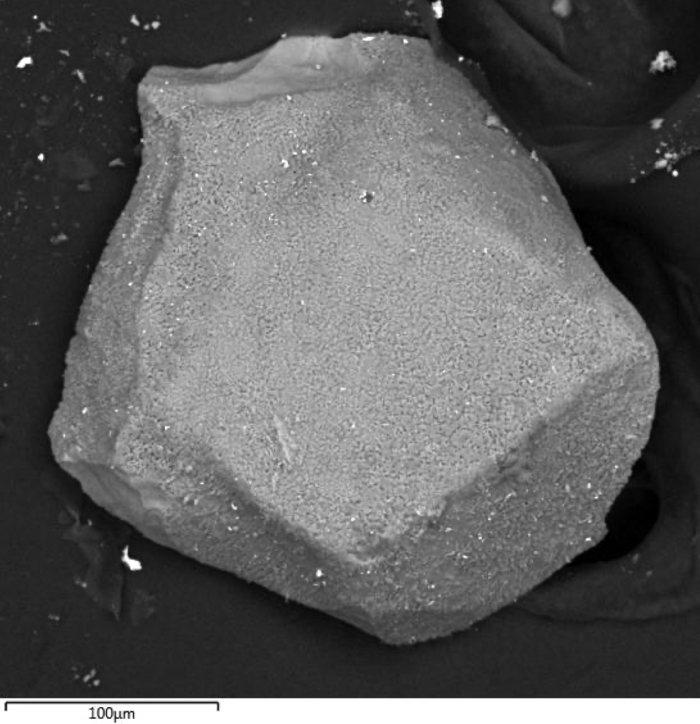 Saranchinaite, identified a couple of years ago by another St Petersburg team, was also uncovered at Tolbachik – and, like petrovite, is strikingly coloured in its own right.

In petrovite's case, the mineral, which is thought to crystallise via direct precipitation from volcanic gases, takes form as blue cryptocrystalline crusts enveloping a fine pyroclastic material.

At the chemical level, petrovite represents a new type of crystal structure, although one that bears similarities to saranchinaite, from which it may be produced, hypothetically speaking.

Notably, petrovite's molecular framework – consisting of oxygen atoms, sodium sulphur and copper – is effectively porous in nature, demonstrating interconnected pathways that could enable sodium ions to migrate through the structure.

Due to that behaviour – and if we can replicate the framework in the lab – the team thinks this could lead to important applications in material science, potentially enabling new ways of developing cathodes for use in batteries and electrical devices. 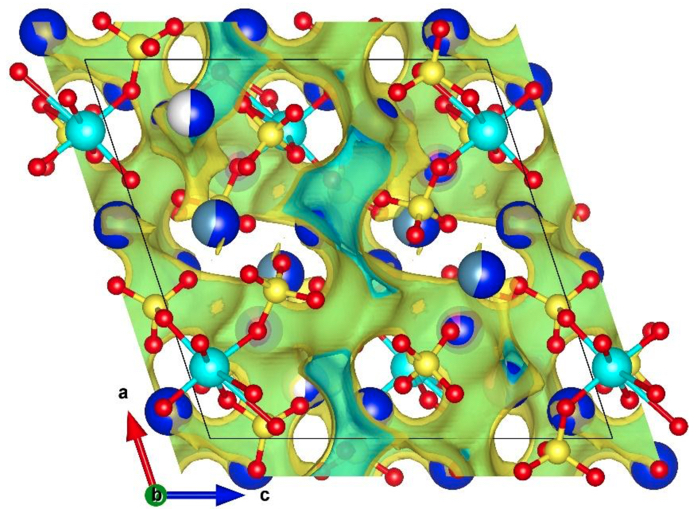 "At present, the biggest problem for this use is the small amount of a transition metal – copper – in the crystal structure of the mineral," Filatov says.

"It might be solved by synthesising a compound with the same structure as petrovite in the laboratory."

The findings are reported in Mineralogical Magazine.