Although we think of the cells inside of us and the organelles that make them up as pretty well mapped, it seems that there are still some surprises in store.

A team of researchers has just published a paper describing a surprising structure existing within an organelle – one that has remained hidden in plain sight for decades.

The organelle is called a peroxisome – a bubble-like single membrane filled with a granular protein matrix called a lumen. They aren't the most important cell machinery (not exactly a mitochondria or nucleus) but these very, very tiny cell organs have key roles in breaking down and synthesising molecules.

Inside the peroxisomes of plant cells, researchers were surprised to find vesicles – something we didn't think the organelles had.

Peroxisomes float around the cells of all multicellular organisms removing reactive molecules containing oxygen and helping break down fats. In humans and other mammals, they're only 0.1 micrometres – small enough that even with high power microscopes, there's not much to see.

"Peroxisomes in yeast and mammalian cells are smaller than the resolution of light," explains Rice University biochemist Zachary Wright.

"With fluorescence microscopy, you could only ever see a dot. That's just the limit that light can do."

But Wright was studying the plant Arabidopsis thaliana as a graduate when he discovered unexpected structures within the peroxisome.

Arabidopsis, a type of watercress, has really really large peroxisomes. In the seedlings, they can be 9-12 micrometres, which is large enough not only to clearly distinguish under a microscope, but to peer within them.

"Bright fluorescent proteins, in combination with much bigger peroxisomes in Arabidopsis, made it extremely apparent, and much easier, to see this," Wright said.

"I revisited the really old literature about peroxisomes from the '60s, and saw that they had observed similar things and just didn't understand them." 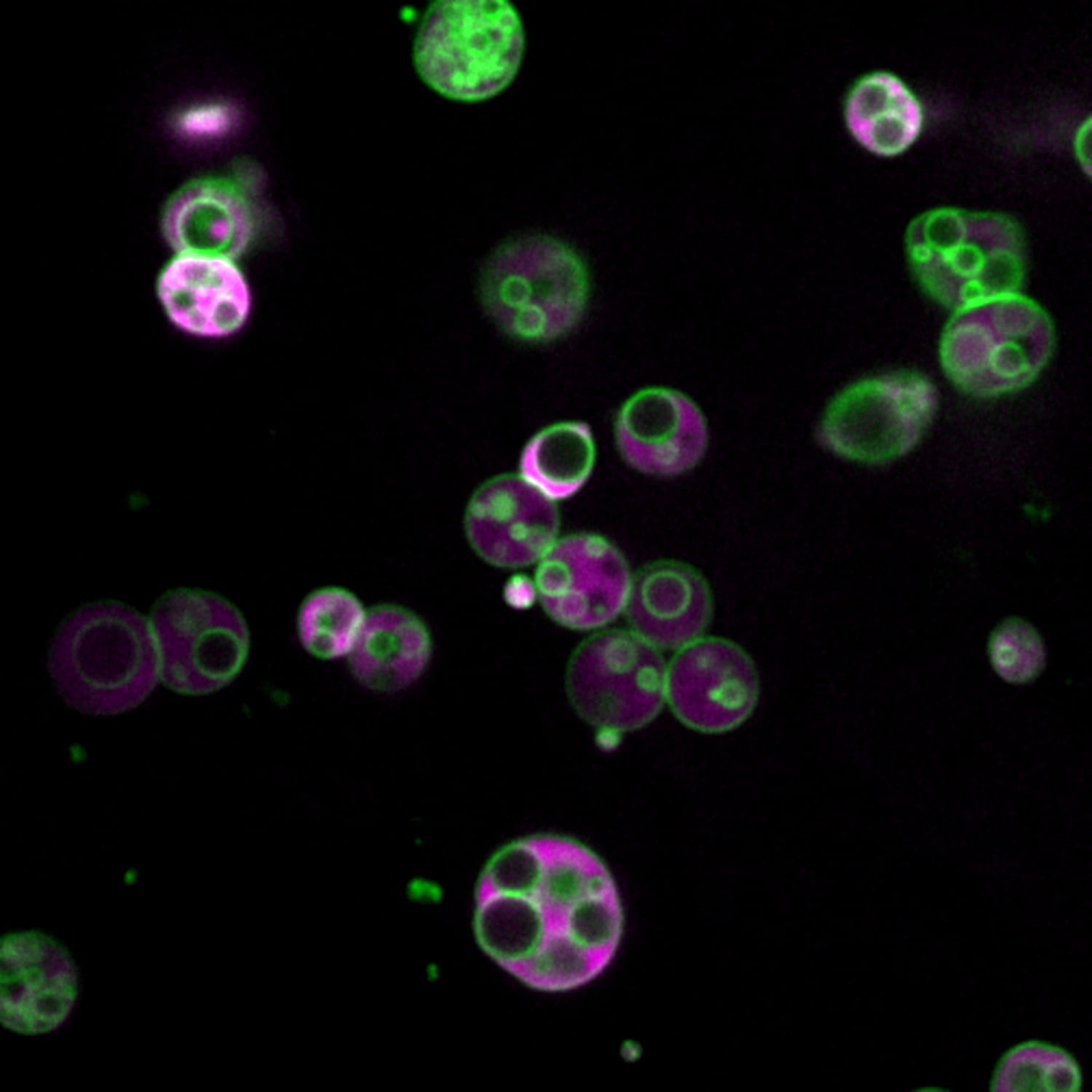 As you can see in the image above, the team found that as well as the normal membrane we knew about, there are also many other membranes inside the organelle – also known as vesicles.

These vesicles (green showing the membranes) are floating through the lumen (pink).

Vesicles are normally used to transport molecules around the cell, or inside the organelle. They keep molecules tucked safely away in a watertight cocoon where they can't react with other parts of the cell.

"By leveraging the advantages of the Arabidopsis system," the team wrote in their new paper, "our findings challenge the long-standing view of peroxisomes as simple single-membrane organelles and may help address fundamental questions in peroxisome function and evolution."

Although we'll need to do more research to confirm that the newly found peroxisome vesicles are also in human cells, and what they're actually doing, the team has a few ideas.

"So, if you're using these membranes to solubilise the water-insoluble metabolites, and allow better access to lumenal enzymes, it may represent a general strategy to more efficiently deal with that kind of metabolism."