Scientists from the Queensland University of Technology (QUT) in Australia have discovered two new species of antechinus - a genus of tiny carnivorous marsupials whose males are wiped out each spring after mating themselves to death.

The antechinuses have become famous for their strange sexual habits. Each year, all the males in the species go on a mating and fighting rampage, which only ends when they're dead.

"The breeding period is basically two to three weeks of speed-mating, with testosterone-fuelled males coupling with as many females as possible, for up to 14 hours at a time," lead researcher Andrew Baker explained in a press release. "Ultimately, the testosterone triggers a malfunction in the stress hormone shut-off switch; the resulting rise in stress hormones causes the males' immune systems to collapse and they all drop dead before the females give birth to a single baby."

While it sounds like a pretty insane evolutionary strategy, this annual halving of the population ensures that the antechinus mothers have enough spiders and insects to eat while they raise the next generation.

Described in the journal Memoirs of the Queensland Museum - Nature, the two new species are the Tasman Peninsula Dusky Antechinus (Antechinus vandycki), which is found in Tasmania, and the Mainland Dusky Antechinus (Antechinus swainsonii mimetes), which was formerly thought to be a subspecies and lives in eastern Australia. Baker and his team have found a total of five new antechinus species over the past three years, which represents a 50 percent increase in the known diversity of this over-sexed genus.

"Uncovering new mammals in developed countries like Australia is pretty rare and the fact we've found even more antechinus species hints at the biodiversity jewels still waiting to be unearthed," said Baker. 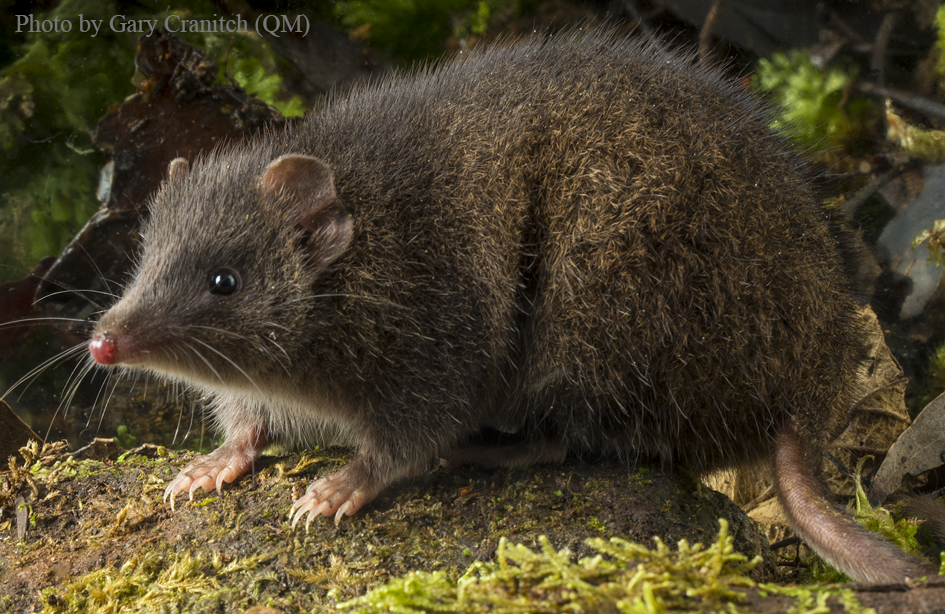 However, the Tasman Peninsula Dusky antechinus is already under threat of extinction as a result of habitat loss. "Most of its limited habitat falls within state forest, which is being logged. This species now apparently only lives in tiny, fragmented stands of intact forest that are under threat," said Baker. "It's a shame that mere moments after discovery, these little Tasmanian marsupials are threatened with extinction at human hands."

Although human impacts are putting added pressure on the species, their suicidal breeding habits make the species more vulnerable to environmental changes, as the survival of the species relies entirely on the females each year.

The team is now hoping to have the new species added to Australia's federal threatened species list in order to help protect them.

"Nine in 10 Australian mammal species are unique, yet they are vanishing before our very eyes," said Baker, who adds that Australia has the worst mammal extinction rate anywhere on Earth. "Millions of native mammals likely fall victim every night to feral cats alone. Other introduced ferals, such as European foxes and poisonous cane toads, account for the deaths of millions more. These threats, together with global warming, fires and habitat loss, may cause local population extinctions of our unique mammals almost weekly."

Let's hope that we can find a way to protect these little guys, because animals that literally sex themselves to death are definitely something we need more of in our world.

Find out more about the bizarre sex lives of antechinus:

Love science? Find out more about studying at the Queensland University of Technology.