Scientists Have Concluded That The Universe Shouldn't Really Exist

Scientists just confirmed the problem at the centre of the Universe: it shouldn't really exist at all.

That's because at the very beginning of existence, the equal amounts of matter and antimatter present should have annihilated each other, meaning you wouldn't be reading this article around 13.8 billion years later.

One explanation is that some crucial difference between matter and antimatter prevented this catastrophe, but the most recent research at CERN in Switzerland has found that apart from their opposing charges, they seem completely identical.

"All of our observations find a complete symmetry between matter and antimatter, which is why the Universe should not actually exist," says one of the researchers, Christian Smorra.

"An asymmetry must exist here somewhere but we simply do not understand where the difference is. What is the source of the symmetry break?"

To start right at the very beginning, to the best of our knowledge, the Big Bang produced an equal amount of matter and antimatter – both the stuff that makes up almost all of the visible matter in the Universe, and its elusive mirror twin.

Given that when matter meets antimatter, they're usually destroyed in a flash of pure energy – enough to power the Starship Enterprise – that means there must be something we don't know about yet that stopped this from happening when the Universe was born.

The magnetic properties of antiprotons, the antimatter versions of regular protons, were one of the last hopes for finding an imbalance between the two types of matter. But after making the most accurate measurements yet, scientists say there's still no discrepancy.

As antimatter can't be physically contained, researchers used Penning traps of charged particles to hold antiprotons at incredibly low temperatures, wrapped in magnetic and electrical fields, ready to be measured.

Along the way the team broke the record for storing antimatter – it was held for 405 days in total. 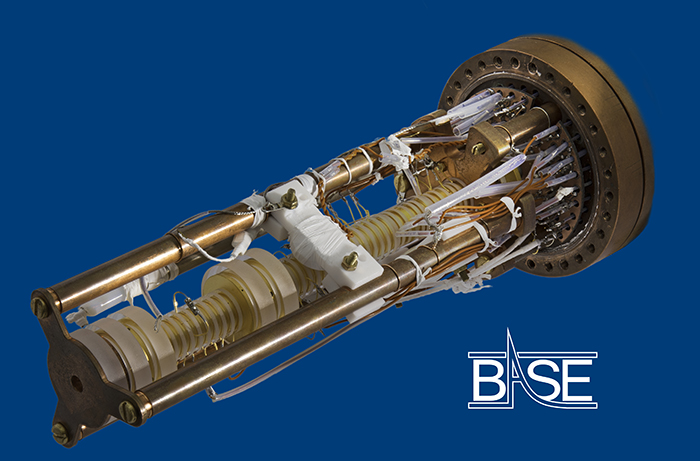 The strength of the magnetic field was measured down to nine significant digits, offering over 350 times more precision than previous readings, and still no difference between antiprotons and protons (or antimatter and matter) could be found.

The magnetic strength measurement, for those interested, was -2.7928473441 nuclear magnetons, matching the positive value of the proton.

Where do we go from here?

To even greater levels of precision, say the CERN scientists. There has to be some reason why we're all here living and breathing.

Either that or we're in a huge computer simulation.

Future experiments are planned to study the magnetic properties of antiprotons in even greater detail, and to investigate whether gravity could be the difference between matter and antimatter that everyone is trying to spot.

In the meantime perhaps there's some consolation in the fact that we're learning more about the stuff that makes up the Universe all the time, and even more precise measurements are in the pipeline.

"By upgrading the experiment with several new technical innovations, we feel that some further improvement can still be made, and in the future, following the CERN upgrade expected to finish in 2021, we will be able to achieve an at least ten-fold improvement," says Smorra.

The findings have been published in Nature.