A prototype jet engine can propel itself without using any fossil fuels, potentially paving the way for carbon-neutral air travel.

The device compresses air and ionizes it with microwaves, generating plasma that thrusts it forward, according to research published Tuesday in the journal AIP Advances. That means planes may someday fly using just electricity and the air around them as fuel.

There's a long way to go between a proof-of-concept prototype and installing an engine in a real plane. But the prototype was able to launch a one-kilogram (2.2-pound) steel ball 24 millimeters (almost one inch) into the air. That's the same thrust, proportional to scale, as a conventional jet engine.

"Our results demonstrated that such a jet engine based on microwave air plasma can be a potentially viable alternative to the conventional fossil fuel jet engine," lead researcher and Wuhan University engineer Jau Tang said in a press release. 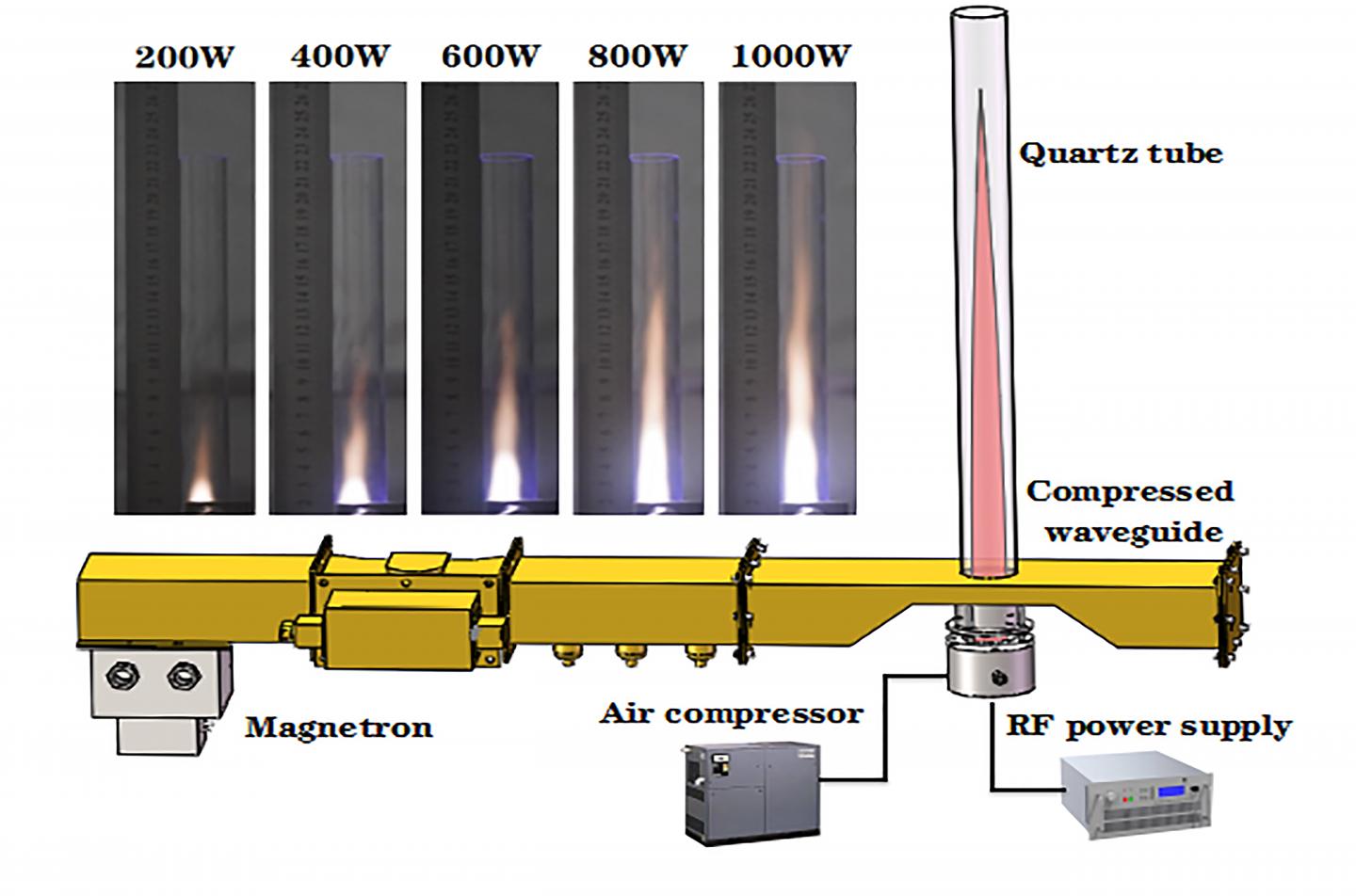 Schematics of the prototype and images of the bright plasma jet at different microwave powers. (Jau Tang and Jun Li)

Air travel represents a small but not insignificant portion factor of climate change. The New York Times reported in September that commercial air is responsible for 2.5 percent of all greenhouse gas emissions - though that excludes military jets.

"The motivation of our work is to help solve the global warming problems owing to humans' use of fossil fuel combustion engines to power machinery, such as cars and airplanes," Tang said in the release.

"There is no need for fossil fuel with our design, and therefore, there is no carbon emission to cause greenhouse effects and global warming."