Scientists have built a light-weight wearable boot-like exoskeleton which reduces the energy needed for walking.

Researchers say the exoskeleton gives a 7 percent gain without chemical or electrical energy. According to research published in the journal Nature, this energy saving is relatively modest but represents a considerable improvement on past designs.

Engineers have been trying to create machines since at least the 1890s to make walking easier but it is only recently that any attempt has met with success.

Steven Collins of the Department of Mechanical Engineerin at Carnegie Mellon University and colleagues say the device acts in parallel with the user’s calf muscles, off-loading muscle force and reducing the energy consumed in contractions. 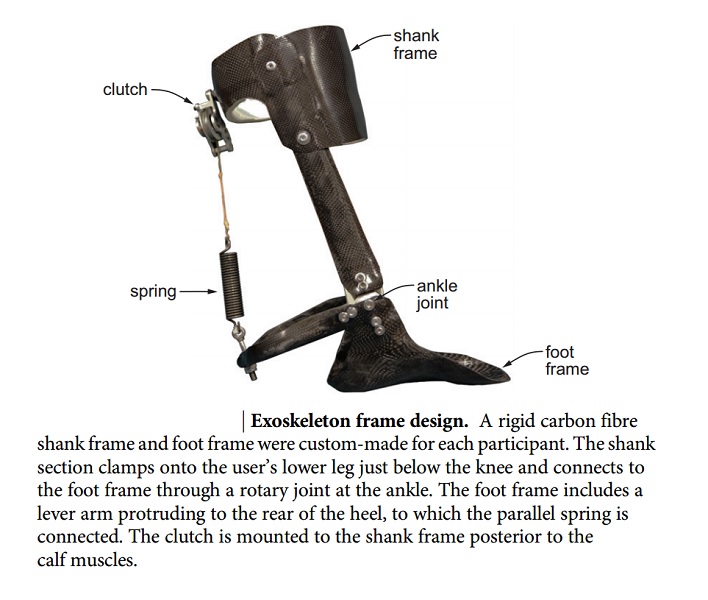 The device uses a mechanical clutch to hold a spring as it is stretched and relaxed by ankle movements when the foot is on the ground, helping to fulfil one function of the calf muscles and Achilles tendon.

People take about 10,000 steps a day or hundreds of millions of steps in a lifetime.

“While strong natural pressures have already shaped human locomotion, improvements in efficiency are still possible,” the study says. “Much remains to be learned about this seemingly simple behaviour.”

Watch the exoskeleton in action: