Scientists have observed the most powerful fast radio burst ( FRB) ever – an intensely brilliant burst of radiation emanating from outside our own Milky Way galaxy.

The signal, which researchers say travelled at least a billion light-years to reach Earth, only lasted for a fraction of a second, but the observation could help us understand more about the epic gaps that exist between galaxies, called the cosmic web.

"FRBs are extremely short but intense pulses of radio waves, each only lasting about a millisecond," says astrophysicist Ryan Shannon from Curtin University in Australia. "Some are discovered by accident and no two bursts look the same."

There's a lot we still don't understand about FRBs and where they come from, partly because we've so far witnessed very few of them.

But despite this apparent rarity, scientists actually think these intensely powerful but short phenomena are happening all the time – we just don't notice them.

"We estimate that there are between 2,000 and 10,000 FRBs occurring in the sky every day," says one of the team, astronomer Vikram Ravi from Caltech.

One of the difficulties with detecting FRBs is how quickly they flash, which makes it difficult for telescopes observing large portions of the sky to pinpoint where the bursts originate.

But FRB 150807's intense luminosity not only made it easier to help trace the burst's likely origins – it also gave scientists new clues about the intergalactic matter the burst travelled through to get here.

"This particular FRB is the first detected to date to contain detailed information about the cosmic web – regarded as the fabric of the Universe," says Shannon.

"[B]ut it is also unique because its travel path can be reconstructed to a precise line of sight and back to an area of space about a billion light years away that contains only a small number of possible home galaxies." 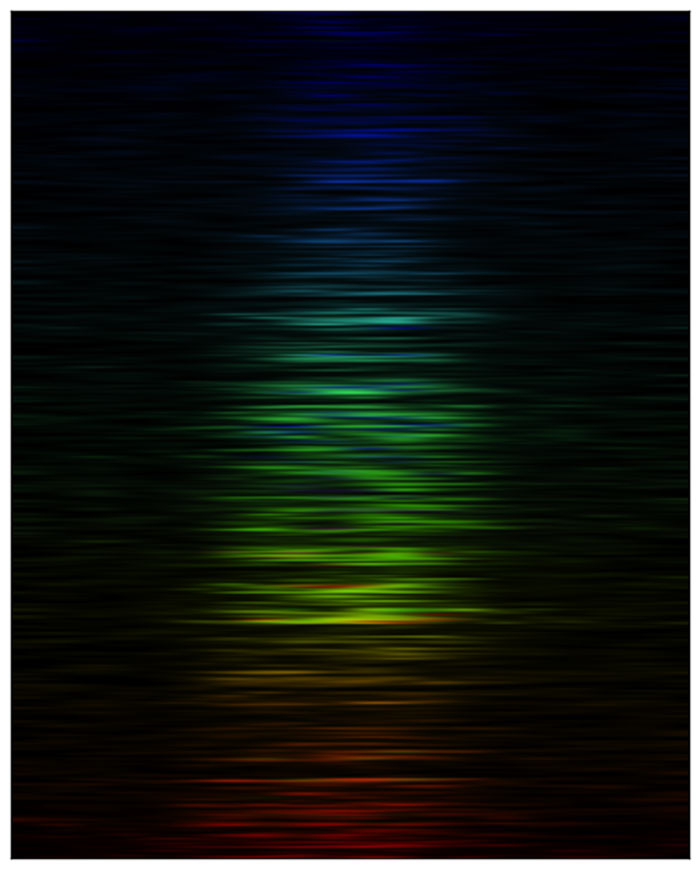 When FRBs travel through space, they pass through a range of matter – including gases, ionised particles, and magnetic fields – which can distort the radio wave on its path.

But FRB 150807 – which was detected using the CSIRO's Parkes Observatory in Australia – appeared to only be weakly distorted, which suggests that the space dust and magnetic fields throughout the cosmic web are less turbulent than the gas and other material in the Milky Way.

Thanks to the signal's brightness, the team triangulated its origin to a small handful of galaxies, with the most likely candidate being a star system called VHS7.

This galaxy is thought to be located between 3.2 and 6.5 billion light-years away, although the researchers acknowledge that they can't be 100 percent certain that this is where the FRB hails from.

And it's also possible that the FRB could have come from a dim galaxy that we haven't previously detected in sky surveys – but the team is convinced that wherever this distant galaxy is, it's at least 1.5 billion light-years from Earth.

While there's still a lot we don't know about these intense radio waves, FRB 150807's stronger-than-usual signal at least should have cleared up any longstanding doubts as to whether FRBs actually emanate from outside the Milky Way – some scientists thought the signals could be explained by phenomena occurring inside our own galaxy.

"I think this is laid to rest for the class of objects," astronomer James M. Cordes from Cornell University, who wasn't involved with the research, told Nadia Drake at National Geographic. "There may be one or two in the 18 published bursts that could still be in our galaxy, but the others could not."

And while we've still got our fair share of questions about what these FRBs are and what's actually generating them, at least this new data gives us our clearest picture yet of these insanely powerful micro-events.

"[FRB 150807] shows the promise of probing the large-scale structure of the Universe," astrophysicist Duncan Lorimer from West Virginia University, who was not involved with this research, told Loren Grush at The Verge.

"This particular source doesn't solve the mystery of what [FRBs] are. But it gives us a great amount of hope for what [scientists] can do in the future."