With the help of analysis carried out on proteins in 2-million-year-old tooth enamel, researchers have charted out the family tree of the extinct Gigantopithecus blacki ape, and found it's directly linked to one of the great apes alive on Earth today, the orangutan.

What makes the research remarkable is that G. blacki hasn't walked the Earth for some 300,000 years; if we met one today, it would be an astonishing sight. This primate grew up to three metres (nearly 10 feet) tall, and weighed up to 600 kg (over 95 stone): not quite King Kong, but getting there.

Genetic material this old has never been retrieved from a warm and humid climate before, where such material decays faster. The tell-tale teeth were recovered in a cave in China, and the success of the analysis gives scientists hope that we might eventually be able to peer further back in time. 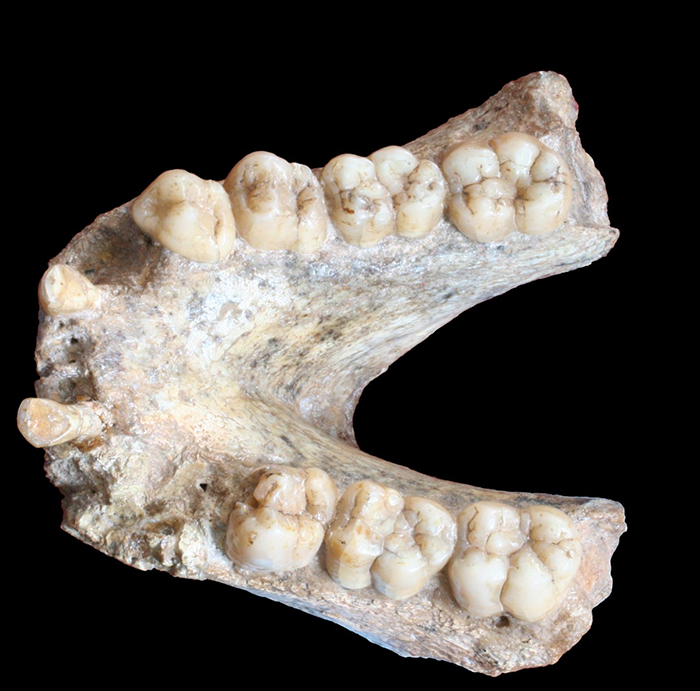 "Primates are relatively close to humans, evolutionary speaking," says anthropologist Frido Welker, from the University of Copenhagen in Denmark.

"With this study, we show that we can use protein sequencing to retrieve ancient genetic information from primates living in subtropical areas even when the fossil is 2 million years old."

The ancient existence of this giant ape species was first discovered in 1935 after a chance purchase of its fossilised jaw and teeth in a traditional medicine shop in Hong Kong. These teeth were being sold locally as "dragon's teeth".

Thanks to the latest mass spectrometry techniques and some detailed analysis, dental enamel from the remains has now allowed scientists to trace the ape back to its origins; this new study built on earlier research into the potential of ancient protein sequencing.

Proteins can last longer than DNA in teeth and bones, potentially increasing the time span that we can peer back through. The core purpose of enamel is to protect the teeth, which would've helped it last for such a long time.

That's quite a result in terms of ancestry research, too. Up until this point only the last 50,000 years of the evolution of hominids had been successfully mapped out, with the oldest preserved human DNA we know about dated to around 400,000 years ago.

As well as telling us a lot more about G. blacki apes, the research demonstrates that proteins can retain genetic information for longer than was previously thought, even in challenging conditions. That means more discoveries are likely to be on the way.

"Until now, it has only been possible to retrieve genetic information from up to 10,000-year-old fossils in warm, humid areas," says Welker. "This is interesting, because ancient remains of the supposed ancestors of our species, Homo sapiens, are also mainly found in subtropical areas, particularly for the early part of human evolution."

"This means that we can potentially retrieve similar information on the evolutionary line leading to humans."