If you travel to the outskirts of a town called Pulpí in Spain, you'll find an abandoned silver mine. Descend about 50 metres (164 feet) into it, and you'll enter a strange, shimmering room quite unlike anywhere else on Earth.

This incredible natural space is the Geode of Pulpí, the closest thing in real life to Superman's Fortress of Solitude: an amazing egg-shaped cavern where jagged shards of brilliant, clear crystal jut from the walls like teeth in a dragon's mouth.

As far as geodes go, Pulpí's is a giant – one of the largest known geodes in the world in fact.

In terms of cavernous chambers, though, it's actually tiny, but is large enough that multiple people can fit inside it at once, which isn't something you can say about most geode cavities. 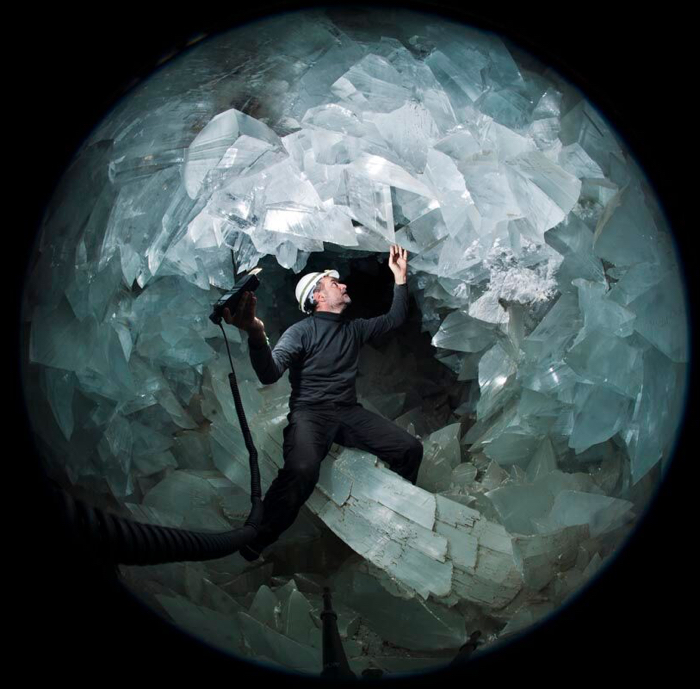 Just make sure you're careful and trust whoever you go inside with: the hollow space at the heart of the geode only measures about 11 metres cubed in total, and with all those pointy crystalline deposits protruding from the walls, there's definitely no room for pushing.

Other spectacular crystal caves are known to exist around the world – most notably the famous, towering Naica crystals of Mexico – but how do these remarkable formations come to be?

In the case of Pulpí – which was only discovered 20 years ago – the geochemical origins of the geode's crystals have remained largely unknown, with a background seemingly even more mysterious than its cavernous counterparts.

"To reveal their formation has been a very tough task because unlike in the case of Naica, where the hydrothermal system is still active, the large geode of Pulpí is a fossilised environment," explains geologist and crystallography expert Juan Manuel García-Ruiz from the University of Granada, the senior author of a new study on the geode. 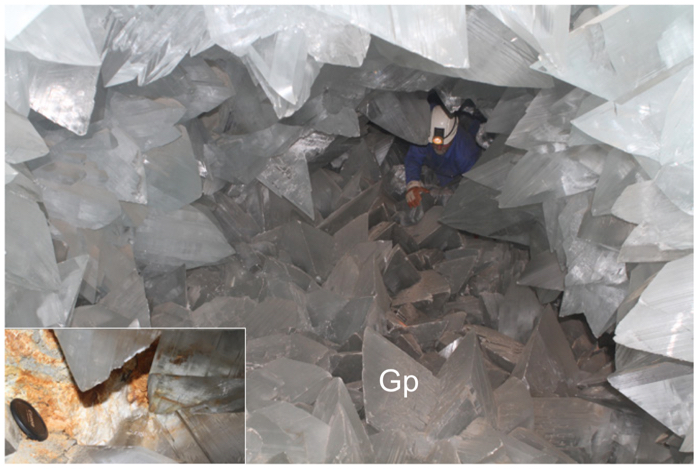 In the new research, García-Ruiz and his team sought to reconstruct the geological history of the Geode of Pulpí, analysing samples from the mineral and geochemical environment, as well as mapping in detail the geological structures of the mine that surrounds the crystal chamber.

According to the researchers, the geode's gypsum (selenite) crystals grew through a "self-feeding mechanism", due to a continuous supply of salt, provided from the dissolution of anhydrite (the anhydrous form of calcium sulphate).

This process, occurring at a temperature of about 20°C (68°F), was amplified by a thermodynamic phenomenon called Ostwald maturation (or Ostwald ripening), along with temperature oscillations that the geode was exposed to at its relatively shallow depth in the mine.

One remaining mystery, though, is exactly when all this crystal formation took place.

Due to the extreme purity of the crystals inside the geode – which are so perfectly clear you can see straight through them – it's difficult to date the shards, although the team has a few ideas.

"They grew for sure after the desiccation of the Mediterranean Sea that occurred 5.6 million years ago," García-Ruiz says.

"They are most probably younger than 2 million years but older than 60,000 years, because this is the age of the carbonate crust coating one of the large gypsum [crystals]."

That's a pretty long gap in time, raising the possibility that other researchers in the future might try to narrow the gap further.

Until they do, you can check out the Geode of Pulpí yourself, with Spanish authorities opening the site to visitors earlier this year – giving anyone now the chance to enter this very strange and special sanctuary of sorts.

"Bending your body between the huge crystals is an incredible sensation," researcher Javier Garcia-Guinea, who discovered the formation, explained to the BBC in 2000.

"When I was young I dreamt of flying, but never to go into a geode internally covered with transparent crystals."