There Are 6 Human Chronotypes, Not Just Morning Larks And Night Owls, Study Says

Some people are morning larks. Others are night owls. But not everybody falls neatly into those two categories, scientists say – and a new study suggests there are actually multiple distinct 'chronotypes' that define people's wakefulness and rest.

Chronotypes are the behavioural manifestations of the circadian rhythms we experience throughout the day and the night. In a sense, they're your internal body clock, helping to determine whether you're a morning person or a night person.

Waking life, however, isn't perhaps quite as binary as those stereotypes might suggest, and at least some evidence suggests alternative chronotypes also exist beyond early birds and night owls.

"The research of individual chronobiological and chronopsychological differences is predominantly focused on the morning and evening chronotypes," explains human physiology researcher Dmitry S. Sveshnikov from RUDN University in Russia.

"However, recent studies suggest that the existing classification needs to be reconsidered and expanded."

In their new study, Sveshnikov and fellow researchers surveyed almost 2,300 participants, most of whom were university students. The participants were asked to self-assess their own chronotype based on a range of six possible types identified in previous studies conducted by some of the same researchers.

To validate the self-assessments, the participants completed a number of standard tests and questionnaires used by sleep scientists, designed to estimate participants' level of sleepiness or alertness at various (and sometimes random) times throughout the day.

Based on the results, it looks like the vast majority of participants did identify with the six hypothetical chronotypes proposed by the researchers, with only 5 percent of people in the study not identifying with any of them. 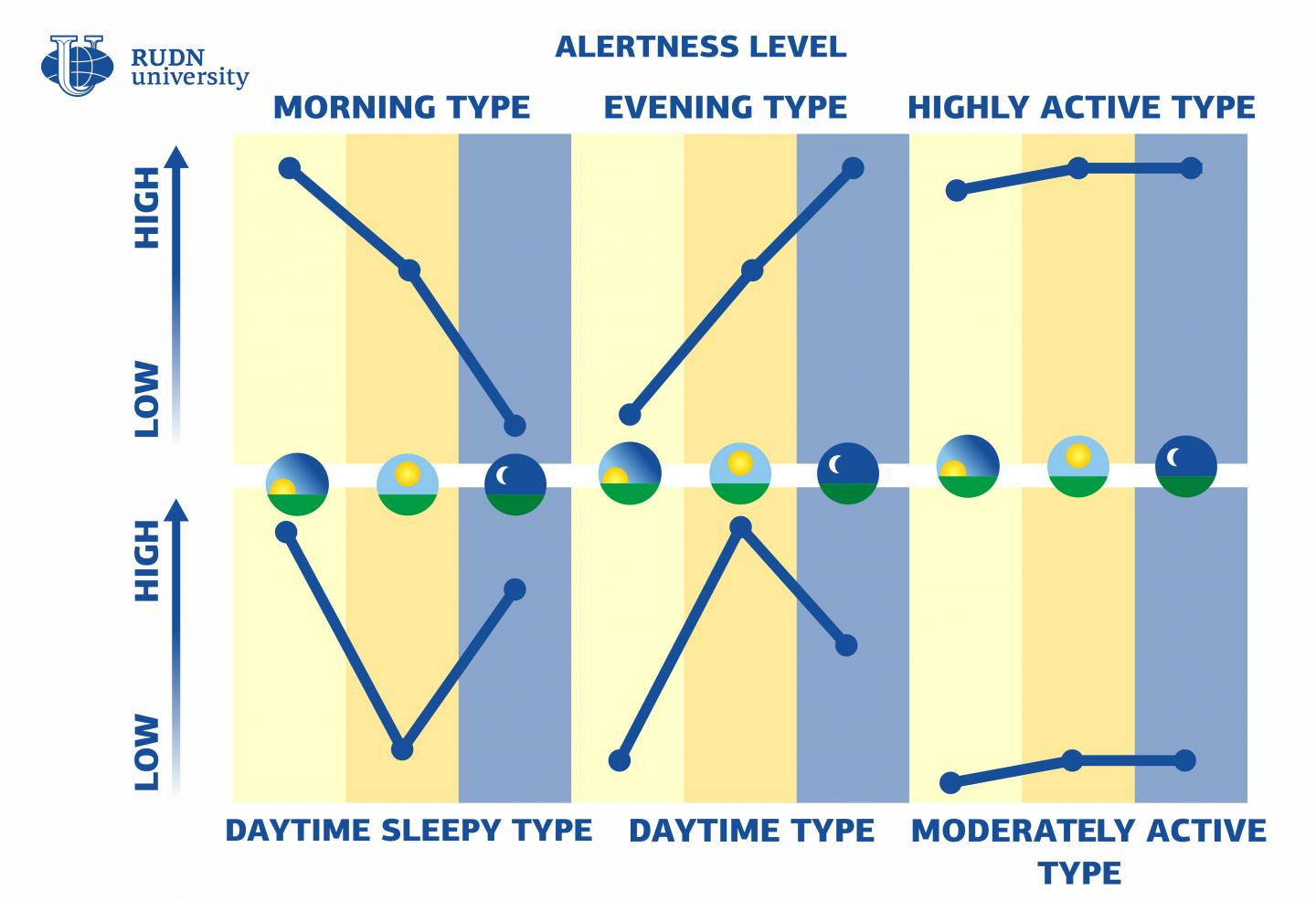 In terms of alertness and energy levels, morning types have high alertness in the morning, which proceeds to dip to medium levels in the middle of the day, then drops to low levels in the evening.

By contrast, evening types exhibit low alertness in the morning, which rises to medium levels in the middle of the day, then rises to high levels at night.

Interestingly, only a bit more than one-third (37 percent) of people in the study actually identified as early birds or night owls (13 percent and 24 percent respectively), although it's worth noting that evening types on 24 percent were the most common chronotype.

Of the new chronotypes, covering 58 percent of the people studied, 18 percent identified as daytime sleepy, 16 percent were moderately active, 15 percent chose daytime active, and only 9 percent said they were highly active all day long.

It's worth bearing in mind that this is a relatively small study in the grand scheme of things, but the team says future research using different kinds of experimental methods should be able to tell us more about how these six chronotypes function in people.

The findings are reported in Personality and Individual Differences.