We're moving into the peak of a hurricane season that could be the strongest since 2012, the year Hurricane Sandy hit the East Coast.

The National Oceanic and Atmospheric Administration now expects a higher likelihood of a near-normal or above-normal hurricane season.

The NOAA reports a 70 percent chance of 12 to 17 named storms, of which five to eight are expected to become hurricanes, including two to four major hurricanes.

This is an increase from the NOAA's May outlook, which called for 10 to 16 named storms, of which four to eight were expected to become hurricanes, including one to four major hurricanes.

While a difference of one predicted major hurricane may not seem significant, as Hurricane Sandy proved, one major storm can take a catastrophic toll on life and property.

As the NOAA estimated in 2013, the death count from Hurricane Sandy totaled 147 direct deaths, and the storm damaged or destroyed at least 650,000 houses and left approximately 8.5 million customers without power during the storm and its wake.

Since Hurrican Sandy, the past few hurricane seasons in the Atlantic have been considered "below normal".

So far we've seen a number of tropical storms named, including Bonnie in South Carolina, Colin in western Florida, Danielle in eastern Mexico, and Earl in Belize and Mexico: 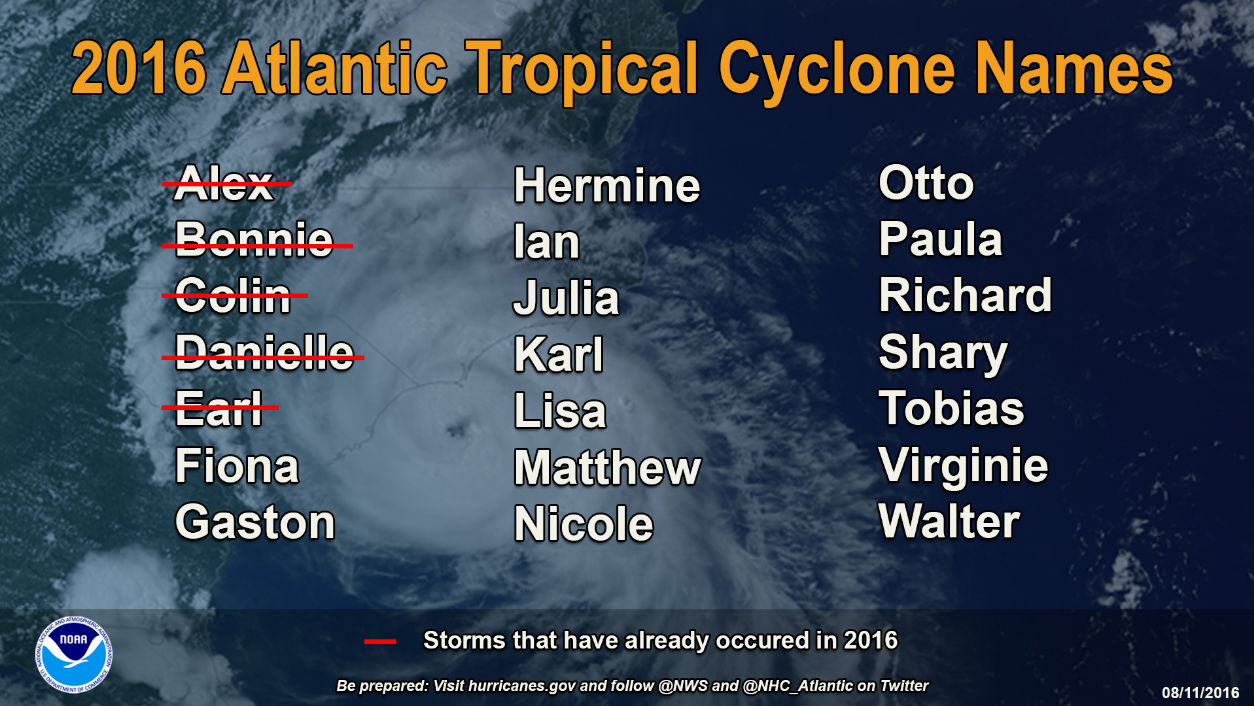