The World's Oldest Fossil Forest Was Just Found in New York, And It's Magnificent

A slice of the world's oldest fossilised forest has been found cemented into the ground at an abandoned quarry in Cairo, New York.

Discovered by chance in 2009, these extremely rare webs of fossilised roots, some of which are nearly 11 metres (36 ft) wide, mark the spot where some of the first woody trees once stood.

"You are walking through the roots of ancient trees," paleobotanist Christopher Berry from Cardiff University in the United Kingdom told Science Magazine.

"Standing on the quarry surface we can reconstruct the living forest around us in our imagination." 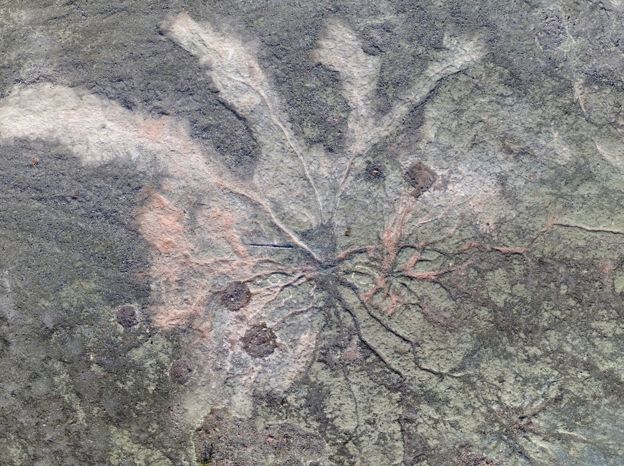 Many of these long woody roots are thought to belong to plants of the Archaeopteris genus, an ancestor of today's modern trees and one of the first to capture and store carbon dioxide from the air with its flat green leaves.

This sort of activity would have dramatically shifted our planet's climate, potentially adding more oxygen to the atmosphere and providing lush habitats for primitive insects and millipede-like creatures. It would be many more years before birds and other large animals made their home in the trees.

"By the end of the Devonian period [360 million years ago], the amount of carbon dioxide was coming down to what we know it is today," explained Berry to New Scientist.

The international team of researchers has so far mapped over 3,000 square metres of this fossilised forest (over 32,000 square feet), which includes two other types of ancient tree; one of them belongs to a fossil plant group known as cladoxylopsids, and the other is yet to be identified.

Altogether, the forest would have been quite open and sparse, with clumps of cladoxylopsids spotted throughout. This particular leafless tree would have stretched 10 metres high (some 32 ft) with short celery-like branches and shallow roots.

Archaeopteris, on the other hand, resembled more of a pine tree, but instead of bearing needles it would have grown hairy, fern-like fronds. Marked by long woody roots, this particular tree would have dramatically changed the way plants and soils gathered water.

All three fossilised remains, the authors say, would have reproduced via spores and not seeds.

Earth scientist Howard Falcon-Lang from Royal Holloway, London, who was not involved in the study, told BBC News he has no doubt these are the earliest fossilised trees found on our planet so far, but that doesn't mean they won't someday be surpassed by something older.

"It may well be that in the future, something even older pops up - palaeontology is full of surprises," said Falcon-Lang.

"But for the time being, this is incredibly exciting."

The presence of fish fossils in the sandstone quarry suggest this ancient fossilised forest was ultimately wiped out by a flood. But not before it changed our planet for the better.