On tiny, human-derived brain organoids grown in dishes, two bilaterally symmetrical optic cups were seen to grow, mirroring the development of eye structures in human embryos. This incredible result will help us to better understand the process of eye differentiation and development, as well as eye diseases.

"Our work highlights the remarkable ability of brain organoids to generate primitive sensory structures that are light sensitive and harbor cell types similar to those found in the body," said neuroscientist Jay Gopalakrishnan of University Hospital Düsseldorf in Germany. 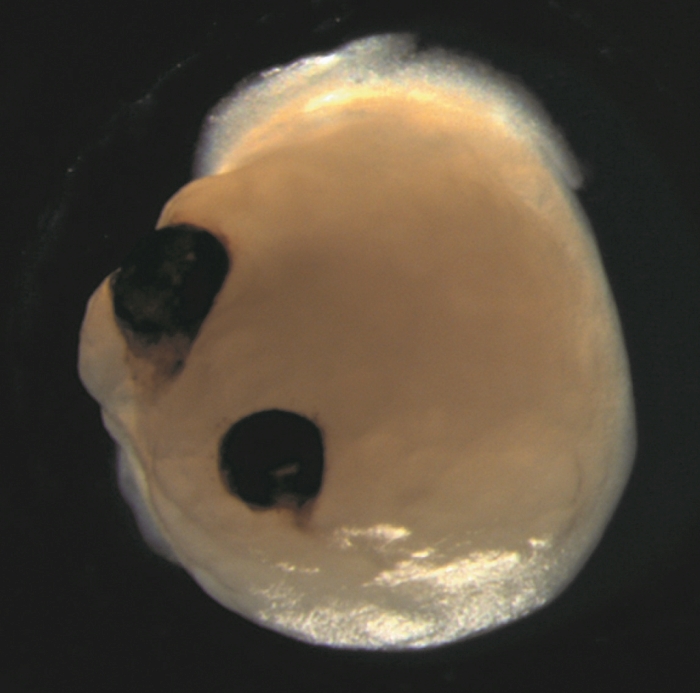 Brain organoids are not true brains, as you might be thinking of them. They are small, three-dimensional structures grown from induced pluripotent stem cells - cells harvested from adult humans and reverse engineered into stem cells, that have the potential to grow into many different types of tissue.

In this case, these stem cells are coaxed to grow into blobs of brain tissue, without anything resembling thoughts, emotions, or consciousness. Such 'mini brains' are used for research purposes where using actual living brains would be impossible, or at the very least, ethically tricky - testing drug responses, for example, or observing cell development under certain adverse conditions.

This time, Gopalakrishnan and his colleagues were seeking to observe eye development.

In previous research, other scientists had used embryonic stem cells to grow optic cups, the structures that develop into almost the entire globe of the eye during embryonic development. And other research had developed optic cup-like structures from induced pluripotent stem cells.

Rather than grow these structures directly, Gopalakrishnan's team wanted to see if they could be grown as an integrated part of brain organoids. This would add the benefit of seeing how the two types of tissue can grow together, rather than just growing optic structures in isolation.

"Eye development is a complex process, and understanding it could allow underpinning the molecular basis of early retinal diseases," the researchers wrote in their paper.

"Thus, it is crucial to study optic vesicles that are the primordium of the eye whose proximal end is attached to the forebrain, essential for proper eye formation."

Previous work in the development of organoids showed evidence of retinal cells, but these did not develop optic structures, so the team changed their protocols. They didn't attempt to force the development of purely neural cells at the early stages of neural differentiation, and added retinol acetate to the culture medium as an aid to eye development.

Their carefully tended baby brains formed optic cups as early as 30 days into development, with the structures clearly visible at 50 days. This is consistent with the timing of eye development in the human embryo, which means these organoids could be useful for studying the intricacies of this process.

There are other implications, too. The optic cups contained different retinal cell types, which organized into neural networks that responded to light, and even contained lens and corneal tissue. Finally, the structures displayed retinal connectivity to regions of the brain tissue.

"In the mammalian brain, nerve fibers of retinal ganglion cells reach out to connect with their brain targets, an aspect that has never before been shown in an in vitro system," Gopalakrishnan said.

And it's reproducible. Of the 314 brain organoids the team grew, 73 percent developed optic cups. The team hopes to develop strategies for keeping these structures viable on longer time-scales for performing more in-depth research with huge potential, the researchers said.

"We believe that [these] are next-generation organoids helping to model retinopathies that emerge from early neurodevelopmental disorders."

The research has been published in Cell Stem Cell.