Slovenia's Ultra-Rare 'Dragon Eggs' Are Hatching as We Speak

Strap on your birthday hats and break out the cake and candles, because a new 'dragon' just hatched inside Postojna Cave in southwestern Slovenia!

No, they're not real dragons (we wish fire-breathing dragons were real just as much as you do) - they're actually a species of blind, aquatic salamander called olms, which are nicknamed dragons because of their long, slender bodies.

But even if they aren't the dragons from your favourite lore, these hatchlings are a huge deal, because olms only lay eggs once or twice a decade, despite their 100-year lifespans.

News of the 'dragon eggs' first broke earlier this year, when researchers working with the creatures found 50 to 60 eggs in the cave. Now, four months later, there are only 22 viable eggs left, and the first of these eggs has just hatched, causing biologists across the world to freak out with excitement.

That excitement is understandable - other than the fact that olms only lay eggs a few times per decade, only two out of 500 eggs usually hatch, mainly due to decay that can easily spread throughout the eggs and, of course, predators that want dragon for lunch.

With such a small window, each successfully hatched egg is noteworthy, especially to the biologists who have been looking after the odd creatures.

"We are now keeping a close eye on the eggs to see which one will be our next baby dragon. Will it - like the first one - shoot out of the egg and swim around the aquarium, before finally coming to rest at the bottom?" says the team at Postojna Cave.

It's also extremely rare to capture one of these births on film, because they can happen so quickly, and there's no guarantee they will happen at all. Plus, the eggs inside Postojna are so far the only eggs that people can actually visit. In fact, no one has ever spotted them in the wild outside of the cave. 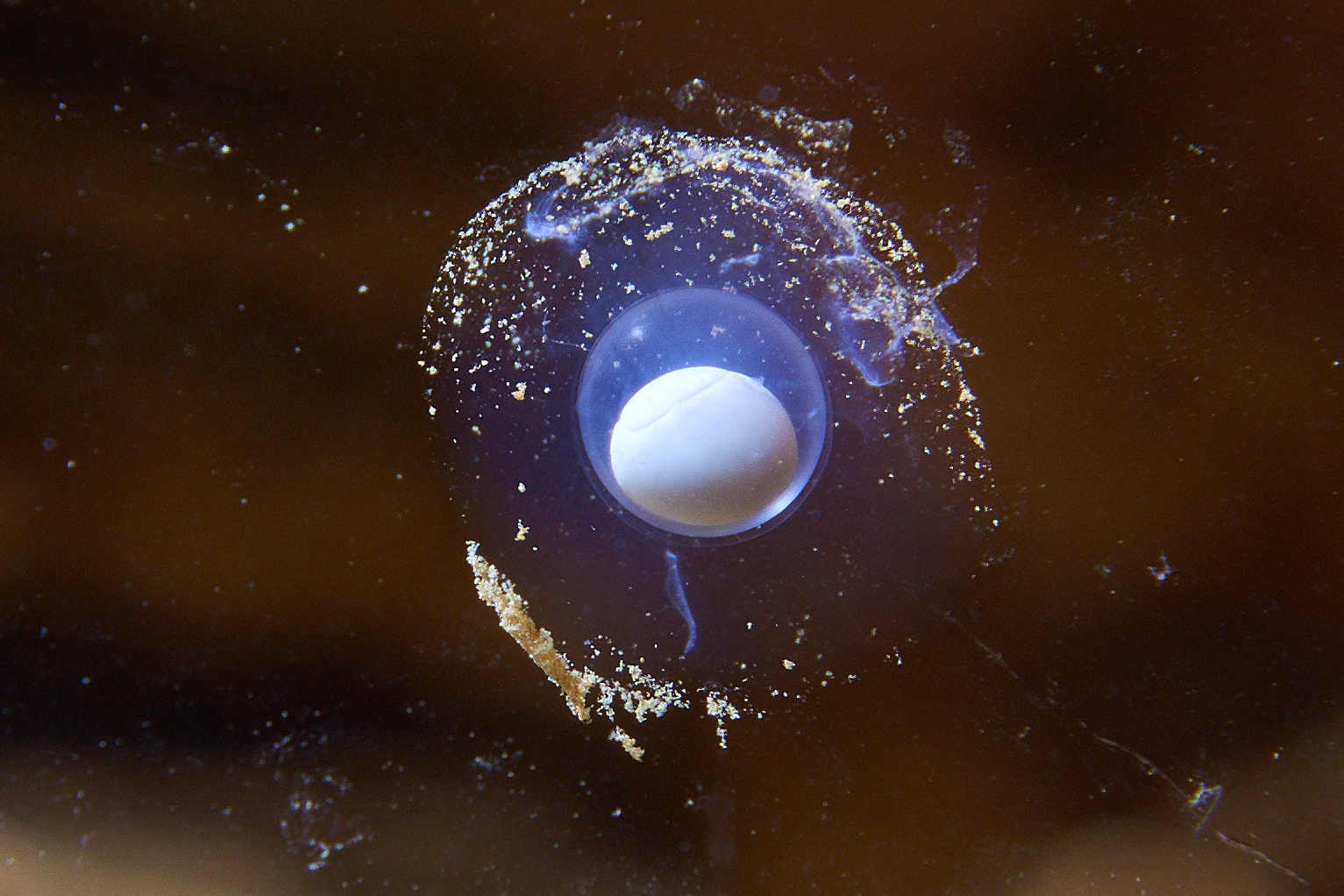 "[O]ur first baby dragon managed to shoot into life in a single attempt. This is one of the reasons why the infrared camera footage is invaluable both for biologists and the general public; in fact, olm hatching has never been filmed before," the team reports.

Since we have to wait to see if more olms are born, let's take a moment to talk about them in a general sense. Olms can grow to about 35 centimetres (13.5 inches) long, and have four tiny limbs. They basically look like pink worms with itsy-bitsy arms.

Olms have evolved the ability to smell and feel for food in their nearby surroundings without eyesight. They're basically the Daredevils of amphibians. Oh, and they can go up to a decade without any food.

The baby olm that just hatched will take roughly 15 years to reach maturity - a small amount of time, compared to their century-long average lifespan. 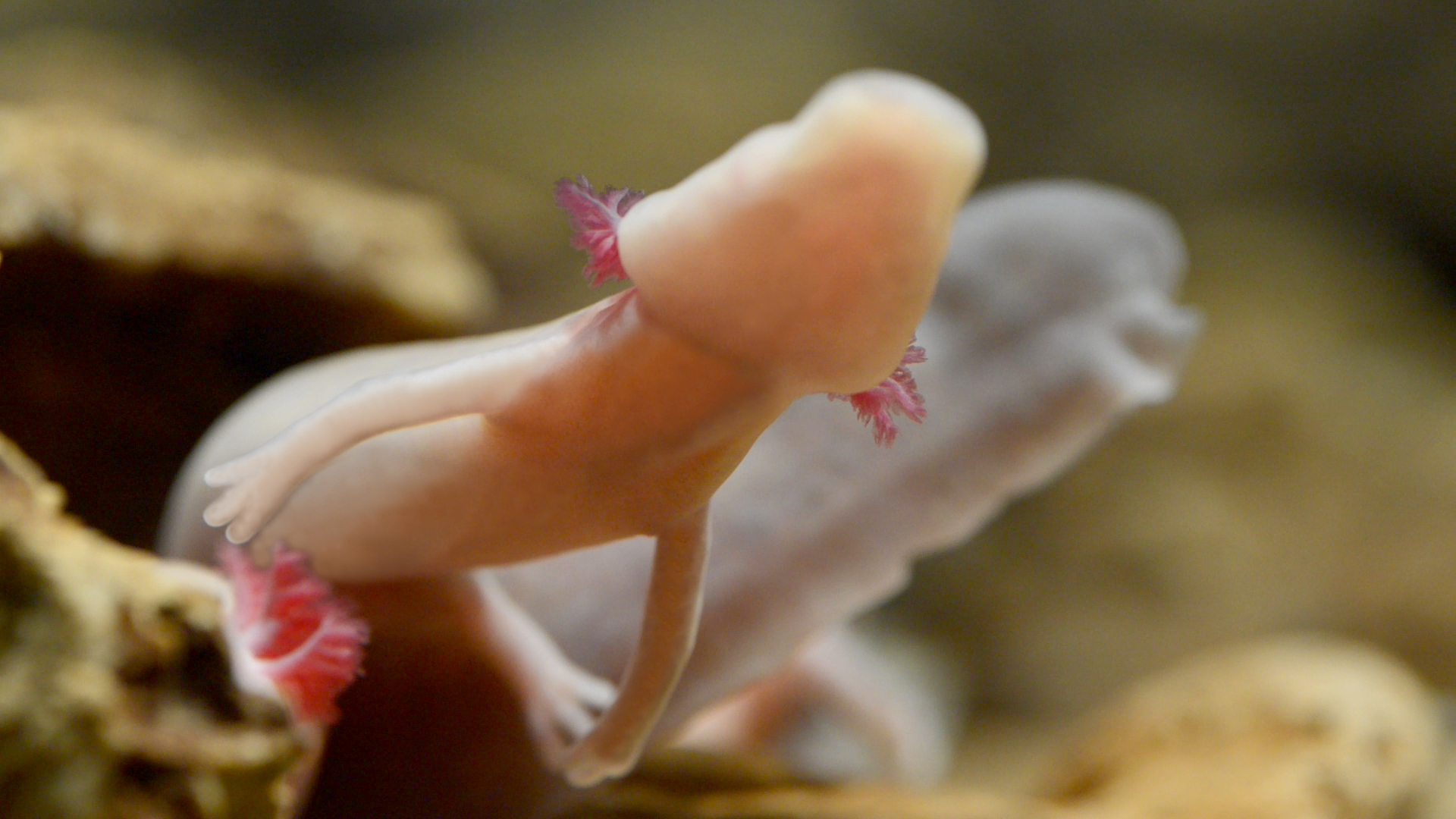 This should make you wonder where the heck the title of 'dragon' came from. After all, these things don't seem very dragon-like in any way besides their slender shape.

Well, that story started way back in 1689, when Slovenian researcher Janez Vajkard Valvasor first described the creature as a baby dragon in a book called The Glory of the Duchy of Carniola. Valvasor basically said that olms were tiny, baby dragons that would one day get washed into the sea, where they'd fully mature and spend the rest of their lives under Earth's crust.

This early description set the groundwork for Slovenia's dragon folklore, which wasn't dispelled until the 1800s, when researchers actually started studying olms for what they really were: amphibians.

The team in Slovenia hopes that the new olms will help them understand more about the strange species, such as how they achieve such a long life.

Check out the video below to see the new dragons 'dance!'