Snake Eels Can Burst Through Predators' Stomachs, And That's Not The Grossest Part

Desperate times call for desperate measures - but when fighting for survival, the burrowing snake eel doesn't have a lot of tools in its arsenal.

If this finless creature is swallowed alive by a hungry fish, the only potential way out is provided by its burrowing tool, the hard, pointy tail. And it's not afraid to use it.

Scientists now report the first case of snake eels in Australian waters bursting through the stomachs of their captors in futile pursuit of freedom.

The result is truly gruesome, and, unfortunately, that's not even the worst part. (Warning: disturbing photo ahead).

Trapped within the gut cavity and unable to dig further, these pinned eels gradually become mummified within their captor, which usually continues on with its life, altogether unaffected.

It's a little-known phenomenon, but it's popping up more than scientists expected. Snake eels (of the family Ophichthidae) are found in tropical and temperate waters around the world; while these creatures are highly diverse, they are poorly understood.

From the Bahamas to Florida, the northwest Atlantic, and the Mediterranean sea, there are rare sightings of these eels embedded in the gut cavities of their captors, although few studies have investigated the frequency of this behaviour. 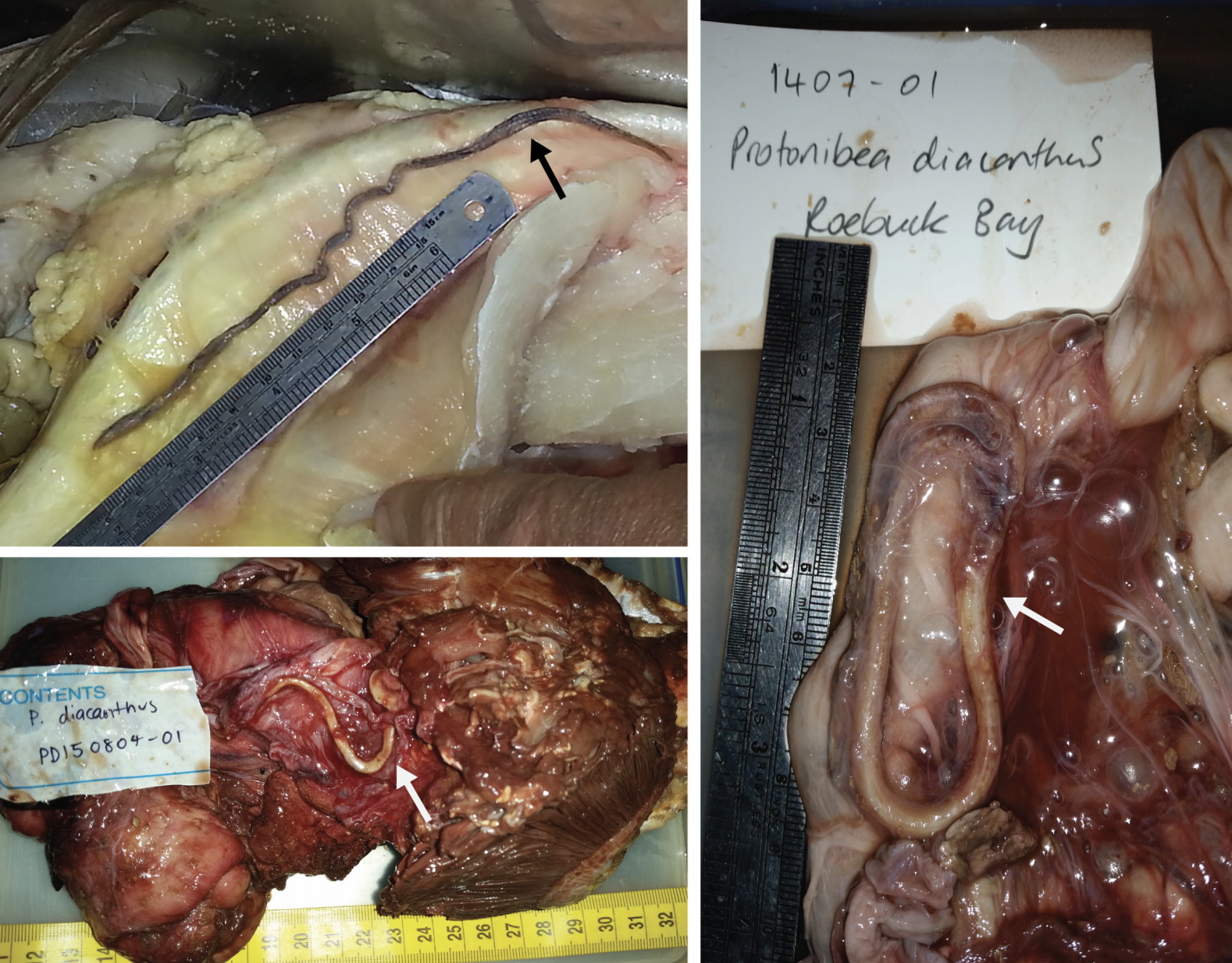 While this could be a sign of parasitic behaviour, scientists think it's more likely a small number of these eels are unlucky survivors.

"It is most likely that snake eels form a small part of the diet of these opportunistic predators, from which a small number are able to survive the ingestion and are then able to enter the body cavity in which they die and become encased in the mesenteries [tissue folds in the abdominal cavity]," reads the report, which was authored by experts at the Northern Territory Fisheries, CSIRO Australia, the Queensland Museum, and the Museum and Art Gallery of the Northern Territory.

Once the eels get past a fish's soft stomach lining, however, it's much harder to escape.

While researchers in Australia told The Guardian they opened one fish to find a still-alive, wriggling eel, it's hard to say if any snake eel has been lucky enough to escape a captor's stomach using just their tail.

In all likelihood, we'd probably have to see it to believe it, and unfortunately, snake eels are understudied and inadequately documented in northern Australia, or elsewhere for that matter.

In fact, preliminary research on some of the newly found snake eels may actually belong to undescribed species, although further investigation will be needed to confirm this.

We obviously still have a lot to learn about the wonders of nature.

The case study was published online at Memoirs of the Queensland Museum.