SpaceX made history on Saturday by landing its Falcon 9 rocket back on a barge in the middle of the Atlantic Ocean.

The Falcon 9 launched out of Cape Canaveral, Florida. The goal of the launch was to send the Dragon cargo spacecraft up to the International Space Station (ISS), where, among other things, it’ll drop off an expandable-habitat module.

Here’s a close-up of the landing. Practically hit the centre! 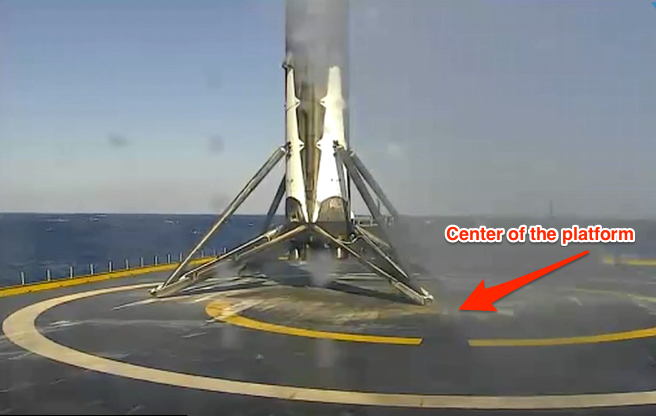 After that, the Falcon 9 rocket aimed to stick the landing on a barge in the Atlantic Ocean, called Of Course I Still Love You. (For more on the drone ship’s name, check out this post).

After four failed attempts, it was successful.

Building reusable rockets that can land back on Earth is critical to keeping future spaceflight costs down.

In December 2015, SpaceX managed to stick the landing on solid ground.

But this barge landing is an especially big feat, because getting a rocket to land on an unmanned ship in the ocean is a critical way to avoid any harm to humans.

Plus, as SpaceX CEO Elon Musk has said in the past, the ships are critical for high-velocity missions, like commercial satellite missions.