The aerospace company, SpaceX, just made history by sending the first orbital rocket into space and landing it back on the ground. This monumental moment marks a critical milestone that SpaceX has been working toward for years and could pave the way for a new era of spaceflight that runs on reusable rockets - rockets that can fly more than once.

Five years ago, a maneuvre like this was unheard of in the spaceflight industry. But now, SpaceX has done something never attempted before by sending an orbital rocket into space and then bringing it back intact.

Orbital rockets are the most powerful type of rocket there is because they generate enough speed and power to send payloads into orbit around Earth, hence 'orbital'. These orbits can range from hundreds to tens of thousands of miles above the surface.

Orbital rockets are key to SpaceX's eventual goal of transporting people to deep-space destinations like Mars, and then bringing them back home.

Here's a GIF of the rocket landing:

The crowd at SpaceX headquarters went crazy as the rocket touched down. Here's a picture of the rocket standing upright at the landing site in Cape Canaveral in Florida: 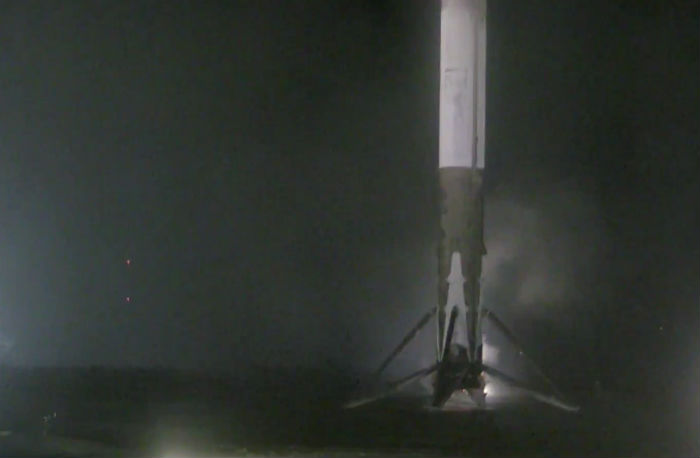 The immediate benefit of reusable rockets is a drastic decrease in the cost of spaceflight. But the long-term advantage is even more exciting: a fleet of reusable rockets could be used to land on Mars to then launch astronauts off the Martian surface on their way back to Earth.

The next step for SpaceX is to refuel this exact rocket and become the first aerospace company in history to launch a used rocket back into space. When SpaceX plans to reuse this rocket is unclear.

More from Business Insider:
Trending News
Study of 500,000 Medical Records Links Viruses to Alzheimer's Again And Again Health3 days ago
Archaeologists May've Discovered The 'Oldest' And 'Most Complete' Egyptian Mummy Yet Humans4 days ago
JWST Has Found Life's Elemental Building Blocks in The Depths of Darkest Space Space4 days ago