Sweden's Highest Mountain Is Shrinking, And The Reason Is All Too Predictable

New measurements from scientists in Sweden reveal that Kebnekaise, Sweden's highest mountain, is sweltering and transforming in the face of unrelenting global warming.

In further evidence that climate change has the power to move mountains – and to bring their greatness low – researchers say Kebnekaise's southern peak, long famous for being the highest point in Sweden, is shrinking to levels not seen in decades, if ever in recent history.

The glaciated southern peak, called Sydtoppen, stood as high as 2,120 meters (6,955 ft) above sea level in 1968 when semi-annual measurements began.

After that, the height of the icy peak has fluctuated due to a range of weather and climate conditions, including precipitation factors – but ever since the late 1990s, an overall downward trajectory became clear in the data.

In 2018, the southern peak lost the title of being Sweden's highest point to Kebnekaise's northern peak (which is rocky, and hence stable, with any fluctuations in height due to variations in snow cover), but the decline of the southern peak is not abating. 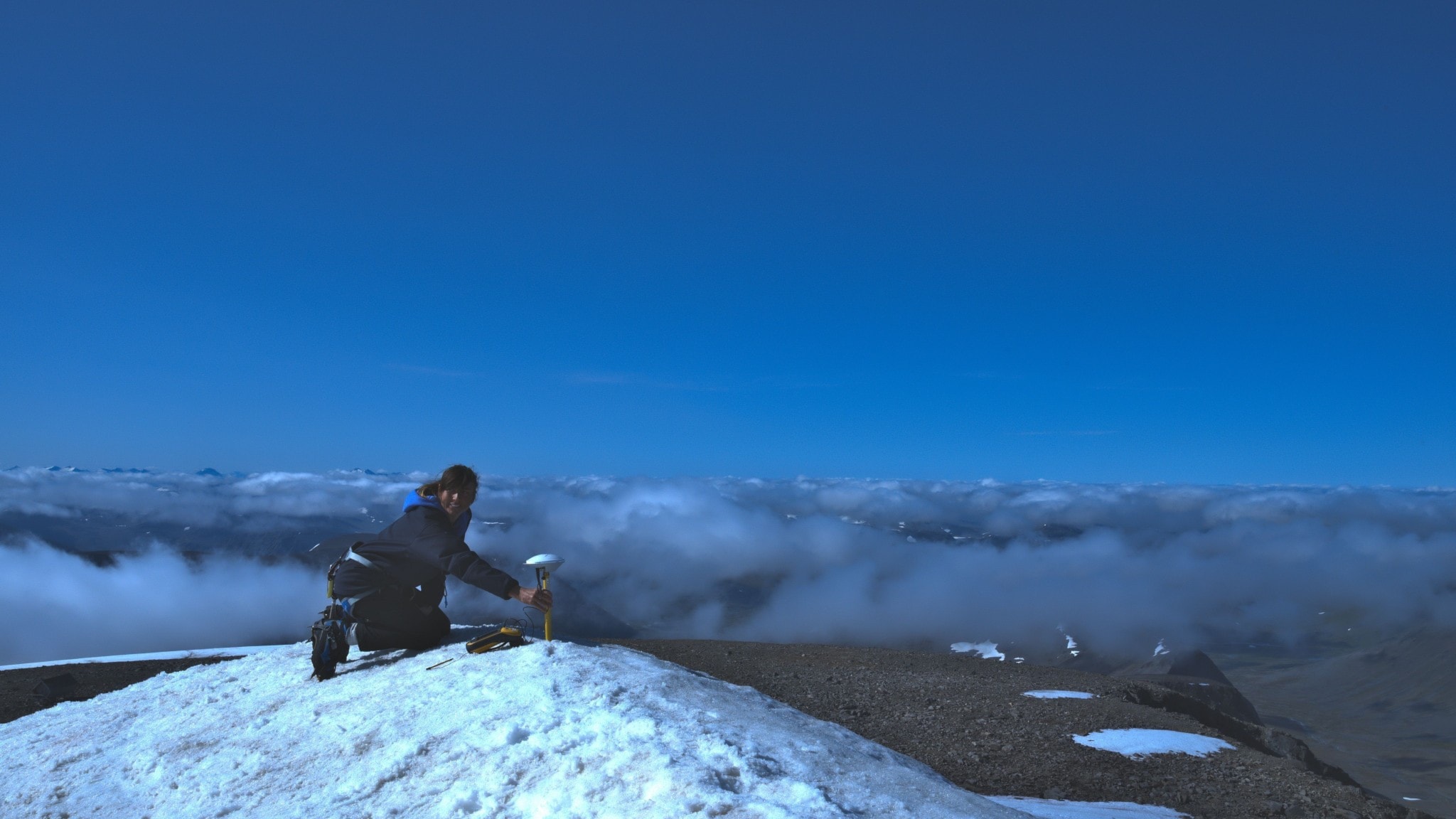 Above: Tarfala station manager Annika Granebeck measures the height at the top of Kebnekaise on 14 August, 2021.

New measurements shared by researchers at Stockholm University show Sydtoppen is now at 2,094.6 meters above sea level – and the researchers are under no illusions as to why this is happening.

"The height variation is … a good symbol of the glaciers' response to a warming climate in Sweden," says glaciologist Per Holmlund from Stockholm University's Tarfala Research Station.

In a new study detailing the history of elevation observations and glacier changes at Kebnekaise, the researchers say the data indicate a "complex reshaping of mass at the summit", and the record lows being seen represent "the beginning of a new problematic situation" for tourist visitors – not to mention what it could portend for the future of glaciers in Sweden in the long term.

The findings are reported in Geografiska Annaler: Series A, Physical Geography.