Like a puddle under hot sunshine, the world's largest inland body of water is shrinking in the face of heat – in this case, a scorching climate the modern world has never before seen.

The Caspian Sea, which lies between Europe and Asia, has been slowly evaporating over the past two decades due to rising temperatures associated with climate change, a new study shows.

According to an analysis led by researchers from the University of Texas at Austin, the Caspian Sea is dropping almost 7 centimetres (2.8 inches) in its water level each year, and has been ever since 1996.

If that descent continues, it won't take too long before this landlocked mega lake – bordered by Russia, Kazakhstan, Iran, Azerbaijan, and Turkmenistan – falls below its historic low set in the 1970s. 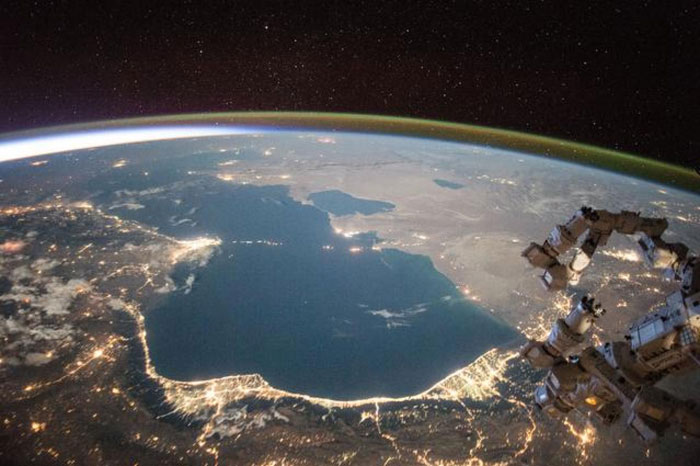 The researchers say that hotter surface air temperatures over the Caspian Sea – a total rise of about 1 degree Celsius (1.8 degrees Fahrenheit) since 1979 – have resulted in increased evaporation, and the most likely culprit behind all this is climate change.

While the overall water level in the Caspian has fluctuated for several hundred years, steepened changes in the last century suggest evaporation caused by warmer temperatures is the greatest influence on the body of water.

"The real control that causes it to go up and down over long periods of time is really most likely the evaporation, which is almost completely dominated by temperature," says one of the researchers, geophysicist Clark Wilson.

The team began their study by chance, after being involved in research to help calibrate satellite data for the GRACE gravity field mission launched in 2002.

While reconciling GRACE data with Earth-based measurements including readings of the Caspian Sea, they noticed just how much the water levels were fluctuating. 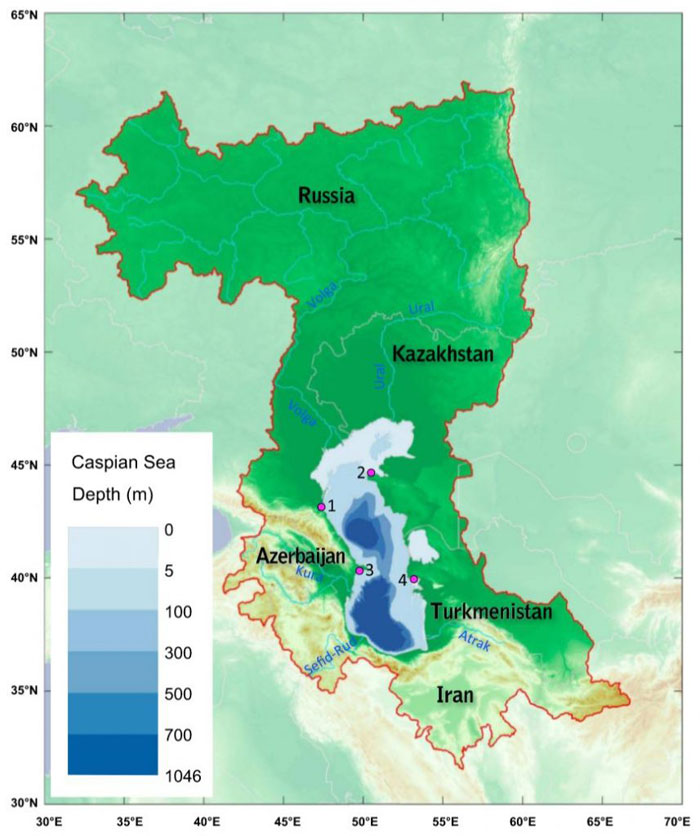 "That got us going on the current question, which is trying to understand what the reason is for these multi-metre variations in the sea level," says Wilson.

"It's an interesting place, and it's been studied for a long time, but it wasn't really clear."

Digging into the satellite data along with records of precipitation and drainage into the sea from rivers, the team found the effects of evaporation were greater than any other influences on water level.

In other words, evaporation has more of an impact than gains made from rainfall or water flowing into the Caspian from rivers surrounding the sea.

"If the temperature in the Caspian Sea region continues to increase, the evaporation rate is also expected to increase," explains space geodesist Anny Cazenave from France's space agency CNES, who wasn't involved with the study. The team says that under current climate models, the evaporation could even see the northern waters of the Caspian vanish within 75 years.

The northern part of the sea is its shallowest region, where much of the water is less than 5 metres (16 feet) deep – not much left to lose, in other words.

The current study wasn't focussed on providing specific estimates of how a grand evaporation like that would play out, but such a grave analysis could soon be on the cards for scientists studying the Caspian.

It wouldn't be the first time a world's surface water was lost to vast changes in atmospheric conditions – and it might not be the last.

"If you're going to take this to the next step, it would be to take a suite of climate models or look at some sort of ensemble predictions of future temperatures to get some idea of what those scenarios might be for the Caspian Sea," Wilson says.

"You can imagine if you had a continued decline in sea level that led to several metres of loss, you've considerably diminished the size of the sea."