Think Climate Change Is Normal? In 2,000 Years, Scientists Can't Find Anything Like It

Over the past two millennia, the world's climate has gone through its fair share of ups and downs. What is happening right now stands out in stark contrast.

Two new papers have demonstrated that peak warming and cooling events before the Industrial era - such as the so-called Little Ice Age and the Medieval Warm Period - were vastly smaller in scope than today's global reach of human-induced warming.

Using a robust database compiled from almost 700 proxy records of historical temperatures - including trees, ice, sediment, corals, cave deposits and documentary evidence - the authors of these two papers have woven together a nuanced global picture of climate changes since the time of the Romans.

"The main takeaway is that climate variability in the contemporary period is very different to what has happened in the past 2,000 years," atmospheric scientist Nathan Steiger explained in a recent press briefing.

"The warm and the cold in the past was just regional, whereas what we see now is global."

These new findings, based on seven different statistical techniques, provide a much clearer historical context for the current climate crisis.

While it's widely thought that events like the Little Ice Age occurred simultaneously across the globe, an exhaustive analysis published in Nature has found no evidence for this claim - not in climate model simulations, global reconstructions, or proxy data.

Looking at temperature trends year by year across the entire planet, the authors of this first paper have shown instead that the coldest epoch of the last millennium occurred at different times, in different locations, and in less than half the globe.

The central and eastern Pacific Ocean, for instance, experienced its coldest peak in the fifteenth century; whereas Europe and southeastern North America was not hit by this cold front until 200 years later.

When we look at warming events, even in the Medieval Warm Period, otherwise known as the Medieval Climate Anomaly, the authors show only 40 percent of Earth's surface reached peak temperatures.

Among these natural climate variations, the modern and industrial era sticks out like a sore thumb. It is, by far, the warmest period of the past two millennia, and it is occurring almost everywhere, in more than 98 percent of the globe.

Even the researchers were surprised by the enormous scope of this growing climate crisis. In an email to ScienceAlert, Steiger said that he and his colleagues were expecting to find several locations that hadn't yet experienced warming in synchrony with the rest of the world. In the end, however, only small portions of West Antarctica actually upheld this prediction.

"Thus, even though the recent warming rates are not entirely homogeneous over the globe, with isolated areas showing little warming or even cooling, the climate system is now in a state of global temperature coherence that is unprecedented," the authors write.

The conclusions from this first report are further validated by a second study, published in Nature Geoscience. Examining the rates of surface warming and their driving forces, this companion study clearly shows that pre-industrial climate variability - including cooling - occurred primarily due to volcanic activity. 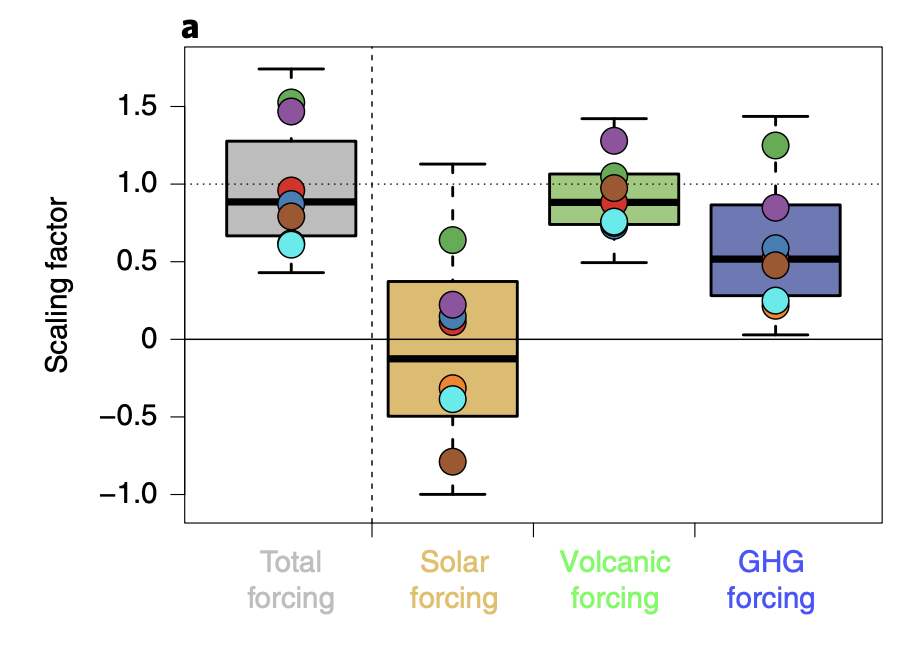 Together, these two papers suggest that peak warming and cooling events before the industrial revolution were constrained by regional climate variabilities that were not sufficiently strong or long-lasting enough to produce global and synchronous climatic changes.

In contrast, today's climate crisis is happening at a pace and scale so great, it cannot be explained by natural climate variability alone.

"There is absolutely no doubt that humans are fundamentally changing Earth's climate," says Nerilie Abram, a paleoclimatologist at the Australia National University, who was not involved in this research.

"These studies are the most comprehensive assessment of Earth's climate over the past 2,000 years and they show just how unusual the climate that we live in today is."

The whole world, it would seem, is in this together.

The research has been published in Nature and Nature Geoscience.