Archaeologists have uncovered the largest collection of ancient Egyptian 'notepads' found since the beginning of the 20th century.

In the long-lost city of Athribis, in central Egypt, researchers have cataloged more than 18,000 inscribed pieces of pottery, some of which seem to have been written by students.

The shards of inked pottery are known as 'ostraca'. Much cheaper and more accessible than papyrus, remnants of broken jars and other vessels were used in ancient Egypt on a daily basis to detail shopping lists, record trades, copy literature and teach students how to write and draw.

In fact, a large number of the ostraca found at the Athribis archaeological site appear to be remnants of an ancient school.

"There are lists of months, numbers, arithmetic problems, grammar exercises and a 'bird alphabet' – each letter was assigned a bird whose name began with that letter," says Egyptologist Christian Leitz from the University of Tübingen in Germany.

A sacred text in hieroglyphics probably copied by a student. (Athribis-Project Tübingen)

More than a hundred of the ostraca found at Athribis are covered in repetitive writing exercises, with the same characters written over and over and over again, on the front and the back.

Even as far back as two thousand years ago, it seems 'naughty' children were being disciplined with the classic Bart Simpson punishment. 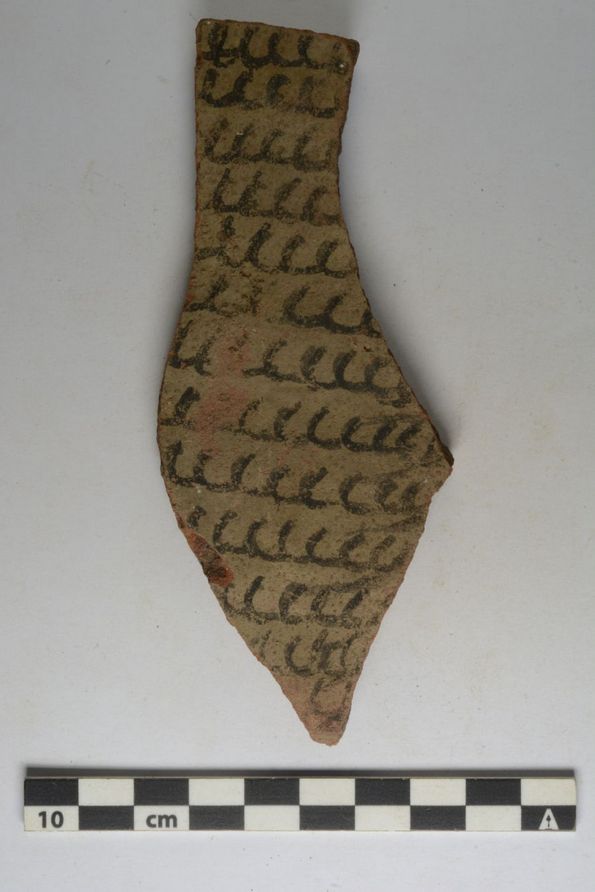 Most of the notes uncovered are written in Demotic, which was an administrative script used during the reign of Ptolemy XII (better known today as the father of Cleopatra), who ruled from 81 to 59 BCE and again later from 55 to 51 BCE.

During this time, the city of Athribis was the capital of an Egyptian state, located along the Nile River. But even though Demotic was clearly the more popular script of this time, a simplified form of hieroglyphics was still being taught to children.

The fragment below, for instance, is a school text of the Hieratic alphabet, with each letter accompanied by a corresponding bird. 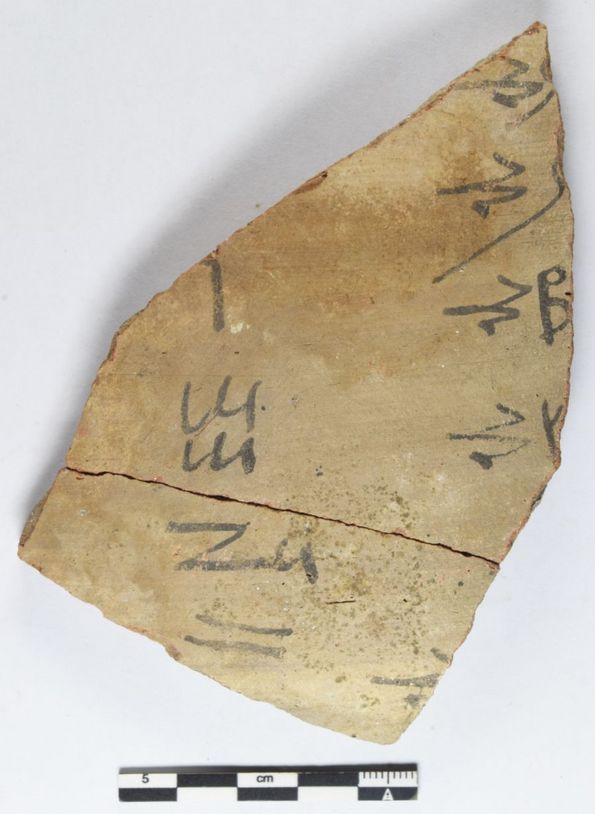 A school text with a bird alphabet in Hieratic. (Athribis-Project Tübingen)

The various languages seen on the ostraca at Athribis, including hieroglyphics, Greek, Arabic and Coptic, hint at the city's tumultuous and multicultural history. The Coptic alphabet, for instance, is a mix of Greek and Egyptian languages and is closely associated with Christianity.

The script below is a Coptic receipt, probably written in the 6th century after Egypt had fallen into Roman hands. 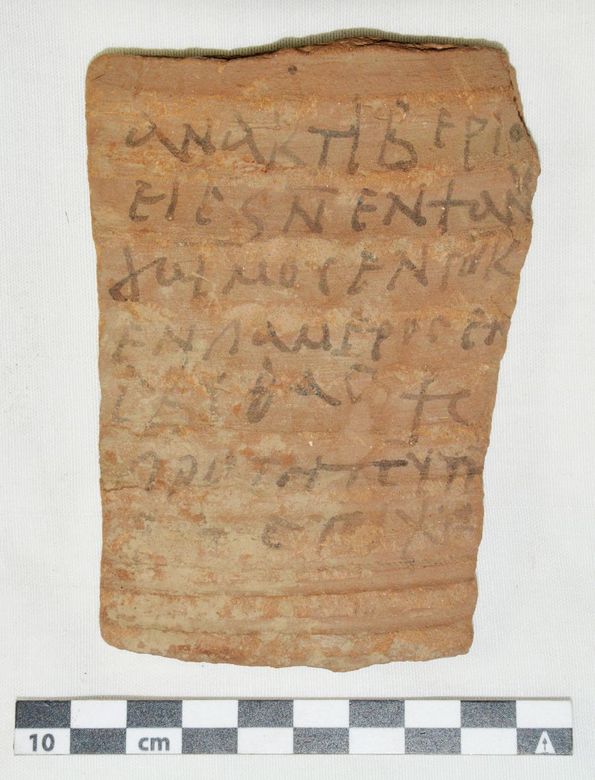 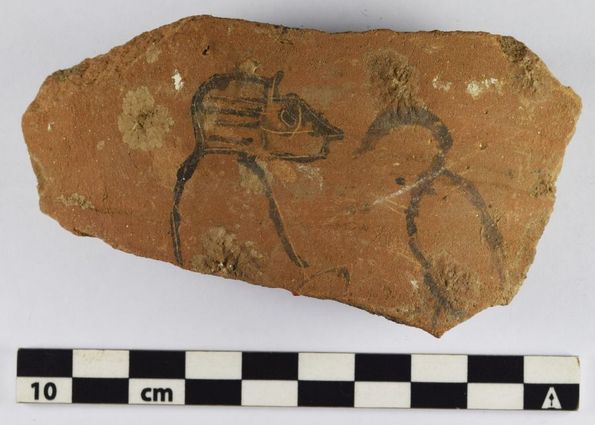 The sacred animals of the ancient Egyptian god of wisdom, Thoth. (Athribis-Project Tübingen)

Others signs of Roman influence can also be gleaned from the shards of pottery. After the Ptolemaic system fell in the first century CE, for example, the texts begin to reference a string of Roman emperors, including Nero, Vespasian, Titus, Domitian and even Hadrian, who ruled between 117 to 138 CE.

Only once before has such a large collection of ostraca been found. In the early 1900s, archaeologists uncovered numerous shards of writing at the ancient village of Deir el-Medina, slightly further down the Nile River.

These ancient texts, however, were mostly notes about medicine and medical practices. The ostraca of Athribis, on the other hand, can tell us more about what daily life was like in one of the most powerful civilizations of the ancient world.