We Just Found The Fastest Star in The Milky Way, Travelling at 8% The Speed of Light

We've found the fastest known star in the Milky Way. In the extreme environment at the centre of our galaxy, a newly discovered star called S4714 orbits the supermassive black hole Sagittarius A*.

On its orbital journey, S4714 reaches a velocity of around 8 percent of the speed of light - an absolutely jaw-dropping 24,000 kilometres per second (15,000 miles per second). But that's not even the most amazing thing.

S4714 is just one of a group of stars that have now been discovered skimming Sgr A* on closer orbits than any other stars discovered previously.

Not only does this discovery suggest there are even more stars on daredevil orbits around our galaxy's supermassive black hole, it has given us the first candidates for a type of star originally proposed nearly 20 years ago - those that get so close to a black hole, they are 'squeezed' by its tidal forces. They're also known as 'squeezars'.

The region at the centre of the Milky Way may be quiet compared to more active galactic centres, but even the environment around a quiescent supermassive black hole can get pretty wild.

Astronomers studying the region have identified a number of stars on long, looping, sharply elliptical orbits around Sgr A* - think of an oval, with the black hole at one end. These are called S stars, and we can use them to probe the properties of the gargantuan invisible object they orbit. 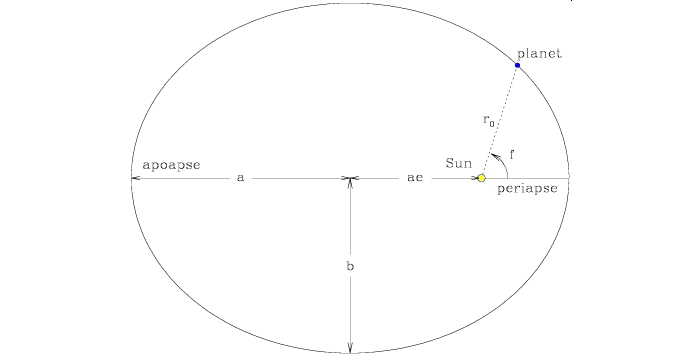 For years, a star called S2 was regarded as the nearest star to the black hole. At its closest approach, or periapse, its 16-year orbit brought it within around 18 billion kilometres of Sgr A*, the gravitational kick from this close approach accelerating the star to 3 percent of the speed of light. It's taken painstaking work to observe and characterise this orbit.

But last year, a team led by astrophysicist Florian Peissker of the University of Cologne in Germany found a much fainter, but also much closer star: S62.

On a 9.9-year orbit, it practically grazes Sgr A* at a periapse distance of 2.4 billion kilometres. That's closer than the average distance between Uranus and the Sun. As it loops around, it reaches velocities of 20,000 kilometres per second (12,400 mps), or 6.7 percent of the speed of light.

"I am happy that I had the opportunity to work with and observe (with the Very Large Telescope) the Galactic center for the last 7 years," Peissker told ScienceAlert.

"Since then, I have been working on the SINFONI (near-infrared) data. You need data-reduction skills, a good eye, some luck, and time. And of course a good knowledge of low- and high-pass filter."

S4711, a blue B-type star around 150 million years old, has an even shorter orbital period than S62; it goes around Sgr A* once every 7.6 years, with a periapse distance of 21.5 billion kilometres.

Although it doesn't skim as close, its shorter orbital period means it has the shortest mean distance to the black hole throughout its entire orbit that we've yet discovered.

Meanwhile, S4714 has a longer orbital period than S4711 - 12 years - but its orbit is extremely eccentric, meaning the ellipse shape is elongated; about as elongated as a stable orbit can get, actually. Orbital eccentricity is described in values from 0 to 1, with 0 being a perfect circle, and 1 being escape orbit. S4714 has an orbital eccentricity of 0.985.

At periapse, it skims closer than S62, coming within about 1.9 billion kilometres (1.2 billion miles) of Sgr A*. During this close approach, the star speeds up to 24,000 kilometres per second, slowing down as it swings back out as far as 250 billion kilometres from the black hole.

These extreme stars, Peissker said, are the first real candidates for squeezars, first theorised back in 2003.

Astrophysicists Tal Alexander and Mark Morris proposed a class of stars on highly eccentric orbits around massive black holes. At each pass, the tidal forces convert a fraction of the star's close orbital energy into heat. This, firstly, makes the star shine more brightly than it normally would; and, secondly, contributes to the star's orbital decay. In other words, squeezars are dead stars orbiting.

"At least S4711 and S4714 are squeezar candidates," Peissker said. "I would say, I am sure about S4711 since the orbital elements are consistent with the predictions of Tal Alexander in 2003. In this sense, S4711 is the very first squeezar ever detected."

If confirmed, these stars could help us understand the interactions between black holes and the stars they (eventually) devour. But they offer up other opportunities, too.

S2, for example, has recently been used to test general relativity. Both the way the star's light stretches when it approaches the black hole, and the way its orbit shifts around like a spirograph, confirmed Einstein's theory in some of the most strenuous tests yet.

"We are actually one magnitude closer to Sgr A* and almost four times faster than S2 during its pericentre passage," Peissker explained. "With that, we find actually stronger relativistic interactions with the stars S62, S4711, and S4714 as with S2."

These tests are yet to be performed, and SINFONI has since been decommissioned, so obtaining observations may take a little while yet. But it's certainly on the astrophysical radar.

So, too, is the search for more of these close stars. It's possible that even more extreme velocities and orbits could be hiding in the region around Sgr A* - and with more powerful telescopes launching in the coming years, including the Extremely Large Telescope, we should be able to find them.

It's all just a matter of time.

"I am constantly working on the galactic centre and I am pretty sure that this was not our last publication," Peissker said, with a winky face emoji. "The high dynamical environment is for scientists like a candy-shop for children."