The Mathematical Formula That Causes Your Headphones to Tangle

With iPhone 7, Apple could be about to solve one of the most annoying things about mobile phones: The way your earbud headphones always get tangled in knots when you're not using them.

The iPhone 7 will not have a traditional headphone jack and will instead come with wireless earbuds that work via Bluetooth, possibly branded as 'Airpods', according to Macrumors.

If the rumours are true it will end the universal experience of reaching into your bag or pocket to listen to some music or take a call, only to find your earbuds have conspired against you.

They've tangled themselves into a knot so vicious that you risk snapping the wire to get them undone (especially the little thin wires that go to each earpiece).

It happens to all earbuds, not just Apple's, but iPhone tangles are more conspicuous because their wires are white as part of Apple's branding.

Strangely, the knots even occur when you coil them carefully before putting them away.

It turns out that there is a reason this happens, and it has been the subject of scientific research. iPhone earbud tangles are a function of the length of the wire and the amount of 'agitation' the wire is subjected to.

When the two are plotted against each other - length versus agitation - the rate of knots and tangles obeys a statistical pattern that describes a curve.

A research paper titled Spontaneous knotting of an agitated string by Dorian M. Raymer and Douglas E. Smith of the University of California at San Diego Department of Physics, demonstrated this phenomenon: It revealed that a cord of less than 46 centimetres in length (about 1 foot six inches) will almost never tangle itself when sealed inside a rotating box for a period.

It turns out that the odds of getting a knot do not go higher because a longer cord gets wedged inside the shape of the box and that prevents further tangles from forming. Raymer and Smith performed 3,415 trials to demonstrate this. 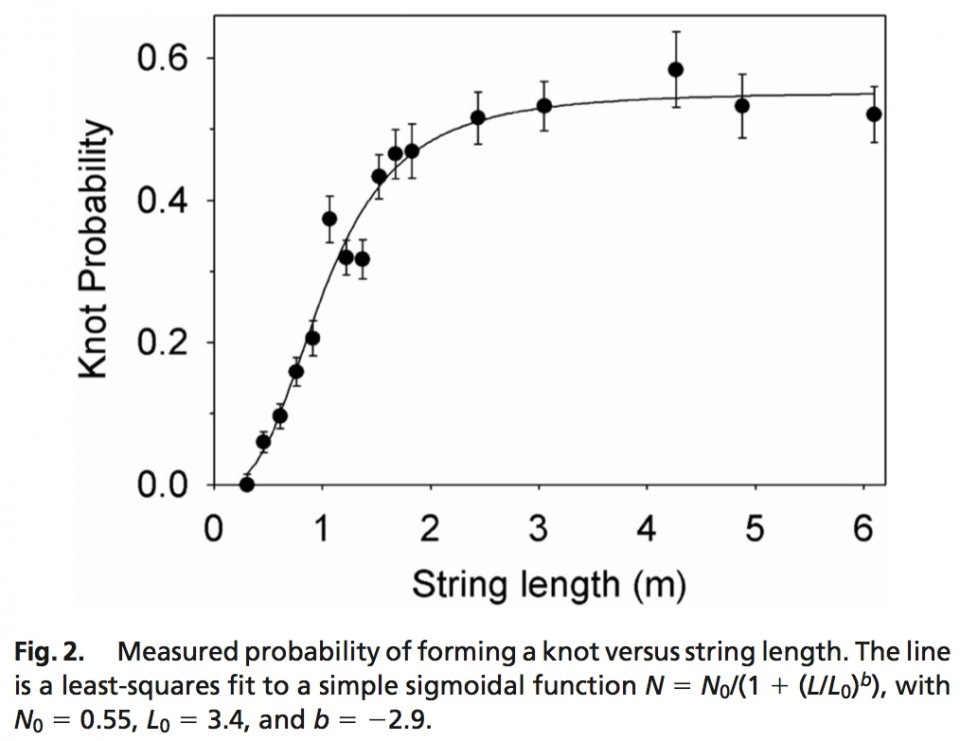 Apple's iPhone earbuds are 139 centimetres (55 inches) long and thus right at the 50 percent tangle-rate-sweet-spot, at the top of the curve.

In other words, if you place your earbuds in a bag the odds of them tangling into a knot as you carry them around are 50 percent, at least.

"At least" because earbuds are, of course, a Y-shaped string, and thus the knotting frequency is compounded further. (Raymer and Smith didn't look at strings with more than one branch, but anecdotally I can confirm that the tangle-rate is pretty high.)

Finally, here is a schematic showing how a cord that starts off neatly coiled - (you don't just stuff them in there, do you?) - quickly becomes tangled inside a rotating box. It shows that one end of a cord only has to cross another part of the cord twice in order to start spontaneously knotting itself: 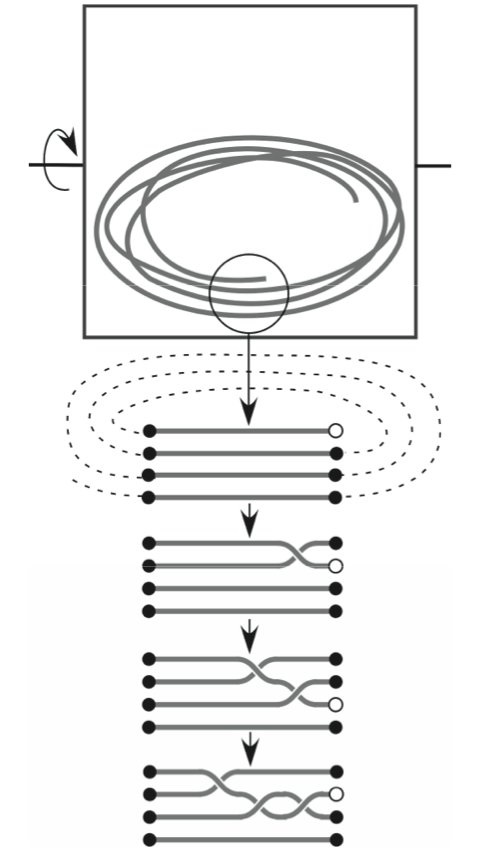 That last part is perhaps the most magical of all: The research shows that your earphones are indeed spontaneously knotting themselves. Sure, it's because of their length and the agitation of the container they're in.

But the knots really do form as a matter of physics, not because of your personal lack of neatness.

More from Business Insider:
Trending News
It Really Is in Your Head: Thinking Hard and Long Can Cause Brain Drain Humans 2 days ago
Something Awesome Happens When You Use Banana Peel as an Ingredient Health 2 days ago
Robot Shows It's Possible to Swim Through The Emptiness of a Curved Universe Physics 2 days ago